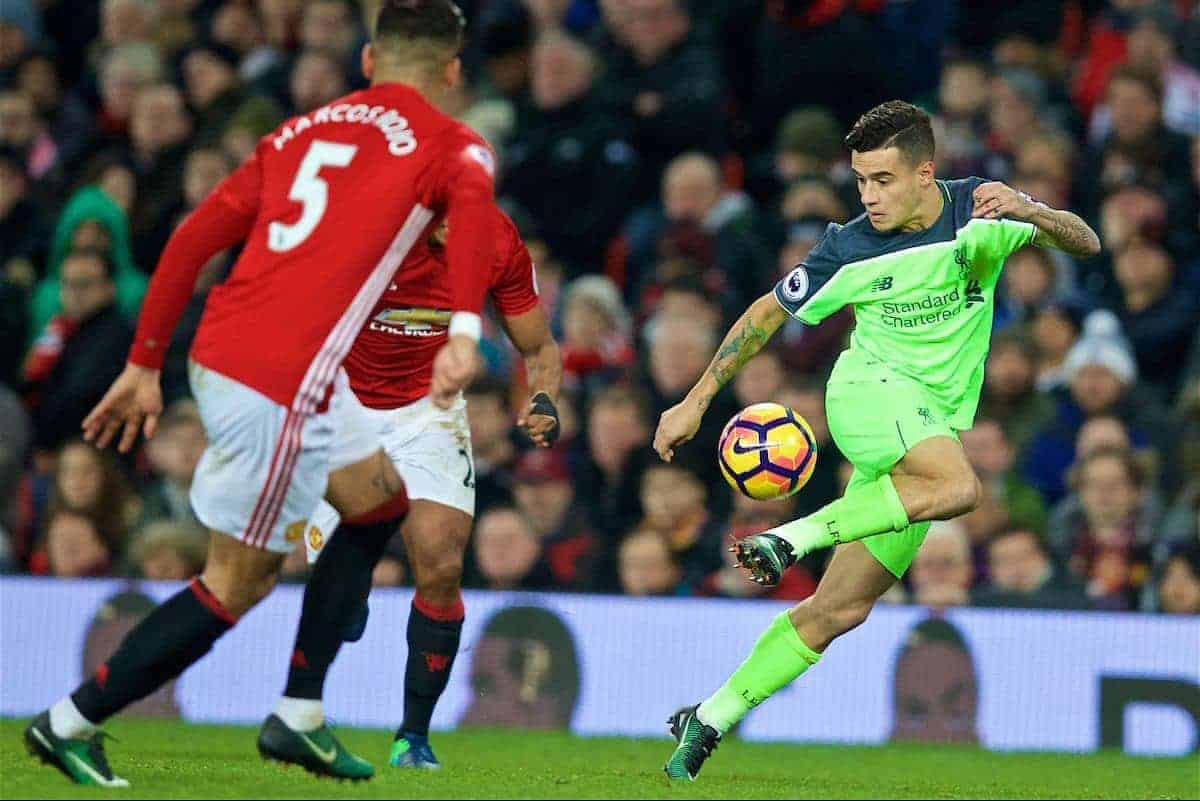 Liverpool held off relentless pressure to secure an encouraging 1-1 draw against Man United in the latest blockbuster fixture at Old Trafford.

The last time the two sides went head-to-head at Anfield, Liverpool dominated possession but it was a much closer encounter this time around.

United had the best chances in the first half but James Milner was on hand to cooly slot home a spot kick to give the Reds the lead, after a handball from Paul Pogba.

They held on for 83 minutes but Zlatan Ibrahimovic headed United’s equaliser following a period of intense pressure, leaving Liverpool frustrated.

Alexander-Arnold was hailed on his first start…

Tonight Matthew, Trent Alexander-Arnold is going to be Rob Jones.

I have no worries about @trentaa98 ….he is a fearless scouser that will thrive today #LFC

Congrats to @trentaa98 & the academy staff who prepared him for these moments. Also to the first team staff for huge confidence to play him

Lovren is such a weird one. Can look so comfortable in one game and so controlled, then an absolute liability the next.

While Pogba got away with a rough challenge on Jordan Henderson…

Should have been a foul and a red card for Pogba, never mind a free kick for United.

How that's not a foul on Henderson ill never know. Someone should tell Pogba it's football not WWE. #MUNLIV

In what world is that a foul and booking for Lovren, but nothing against Pogba wrestling Henderson down?

But fans were ecstatic when Milner opened the scoring…

You've heard of the 'Hand of God'? Now hear about 'The Hand of Pog'.

Simon Mignolet had to make several important saves yet again…

You can't deny Mignolet has seriously upped his game since Karius arrival.

How many offside goals are United going to get this season?

Yet again proves what having a squad in depth is all about. They where able to change the game from bench. Badly need reinforcements. #LFC

Mignolet put in the type of performance today that De Gea has put in regularly against Liverpool. World class game from the keeper.

Full of admiration for Trent Alexander-Arnold. An excellent PL debut considering the occasion

Bar City, all Liverpool's biggest away games are done- undefeated- with key players to return and five months of the campaign remaining

That was terrible. Seriously thought that was a poor performance on both sides! Decision making on our side was a little poor.

Good all round performance & we fought for everything.Utd got very lucky as usual with an offside in the run up to the goal! 2 points lost!

European football starts again soon. Spurs, Arsenal, City, United all involved. Big factor. Only other away game we have vs top 6 is City.

Disappointing to lose 2pts when leading for so long. We had a great chance to win it too with Wijnaldum. Still a long way to go. #LFC #YNWA

Should have closed it out, and I think they'll be happier with a point than us, which should all be seen as a positive, not negative. #LFC