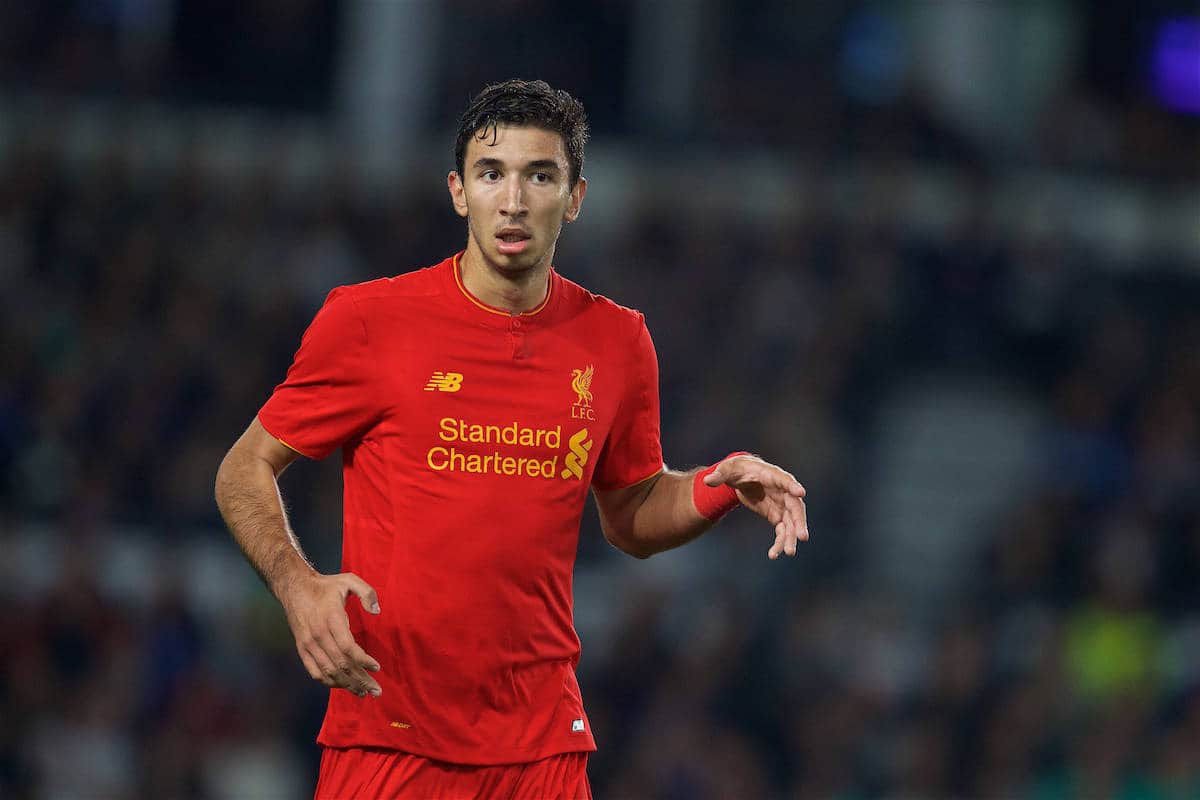 Liverpool midfielder Marko Grujic is set to remain on the sidelines, with the club fearing a setback in his recovery from a hamstring injury.

The Serbian midfielder has not featured for the first team since November’s 2-0 win at home to Leeds United in the League Cup quarter-finals, but only played one minute in that Anfield victory.

His last meaningful outing came a month previous, in the Reds’ fourth-round win over Tottenham Hotspur on October 25.

This has been due to a hamstring injury, with a lengthy recovery even keeping him from duty with the Liverpool U23s, for whom he has made just one appearance this season, also in October.

Grujic hinted at a return to action in December, and he has begun training with the first team at Melwood, but his absence from Jurgen Klopp‘s squad has been distinct.

According to the Liverpool Echo‘s James Pearce, this is due to a struggle to fully recover.

Grujic could have been expected to feature in Wednesday night’s FA Cup third-round replay away to Plymouth Argyle, but he didn’t travel with the Liverpool squad, remaining on Merseyside.

A major blow to the 20-year-old’s development, this injury has hampered Grujic’s transition to life at his new club.

Grujic signed in a deal worth £5.1 million a year ago, but spent the last six months of 2015/16 on loan with his former club Red Star Belgrade, winning the Serbian SuperLiga.

He linked up with the Reds in the summer, and played a starring role during pre-season, including a goal in August’s 4-0 friendly win over Barcelona at Wembley Stadium.

So far this season, Grujic has made just five appearances in all competitions, averaging 41.6 minutes per game, notching an assist for Daniel Sturridge‘s opener against Spurs.

His struggle to establish himself this season should come as no surprise, with the current campaign always likely to be more of a bedding-in period.

In September, he stressed that “next season will be the one where I show what I can do.”

But nevertheless, Grujic has been unable to benefit from valuable game time in the League Cup and FA Cup, with this latest setback heaping disappointment onto his maiden term in Liverpool’s No. 16.