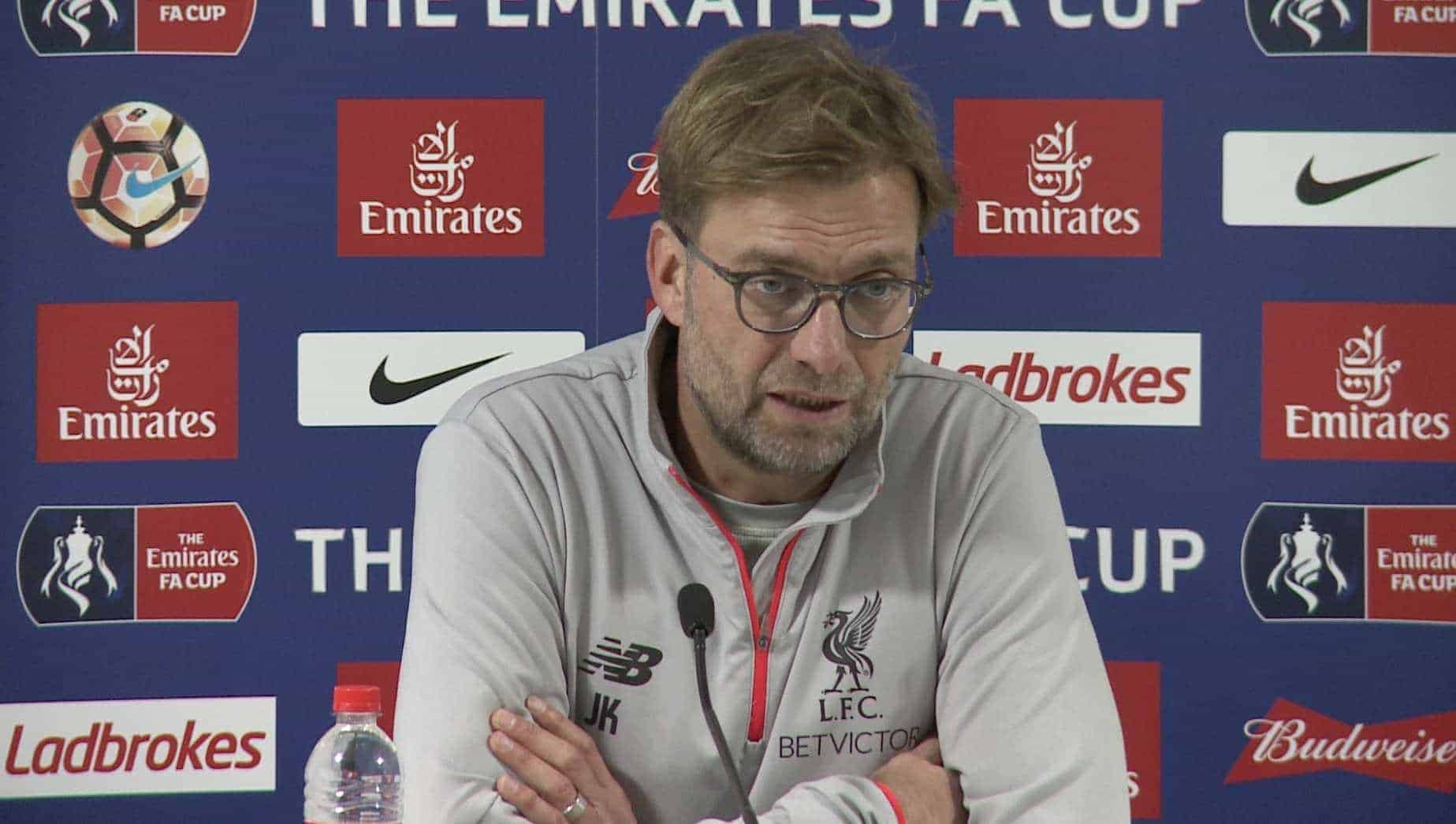 Watch Jurgen Klopp speak to the media after Liverpool were held to a 0-0 draw by League Two Plymouth Argyle in the FA Cup.

Klopp praised Plymouth for the “very disciplined” performance, and said he did not regret his team selection – after naming their youngest ever lineup.

“It was not an open game today, not really many chances. They did everything to force re-match,” Klopp said. “Yippee!” he joked.

Klopp admitted “We could have done better, 100 per cent.

“It’s clear we are Liverpool, this is Plymouth, but that’s football, this happens.”

On his lineup, Klopp said: “I tried something today and maybe I will try it again, we’ll see.

“I don’t think the lineup was a mistake, but I am 100% responsible, I have no problem with it. I always choose lineups to win the game.

“We have a long season still to go. The boys needed this experience and now they have it.”

Asked if he realised he had selected the youngest team in the Reds’ history, Klopp joked “With Lucas in?!”