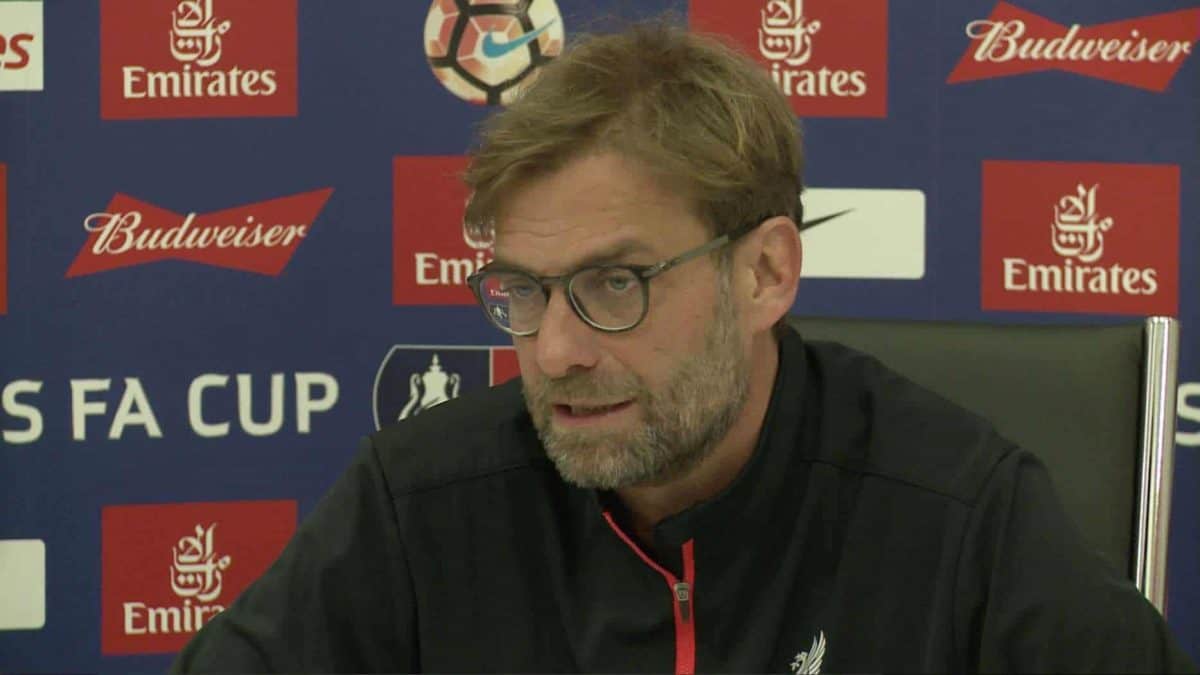 Klopp updated on the fitness of Nathaniel Clyne, with the full-back ruled out on Wednesday due to a rub injury, and also spoke at length about the availability of centre-back Joel Matip.

Klopp explained at length the frustrating situation with FIFA – and how the world’s governing body will open a case on Friday as to whether Matip is eligible to play, but then it would be another seven to 10 days before a decision was announced.

Elsewhere, there was praise for under-23s captain Harry Wilson, who is in contention for a place in Wednesday’s squad.