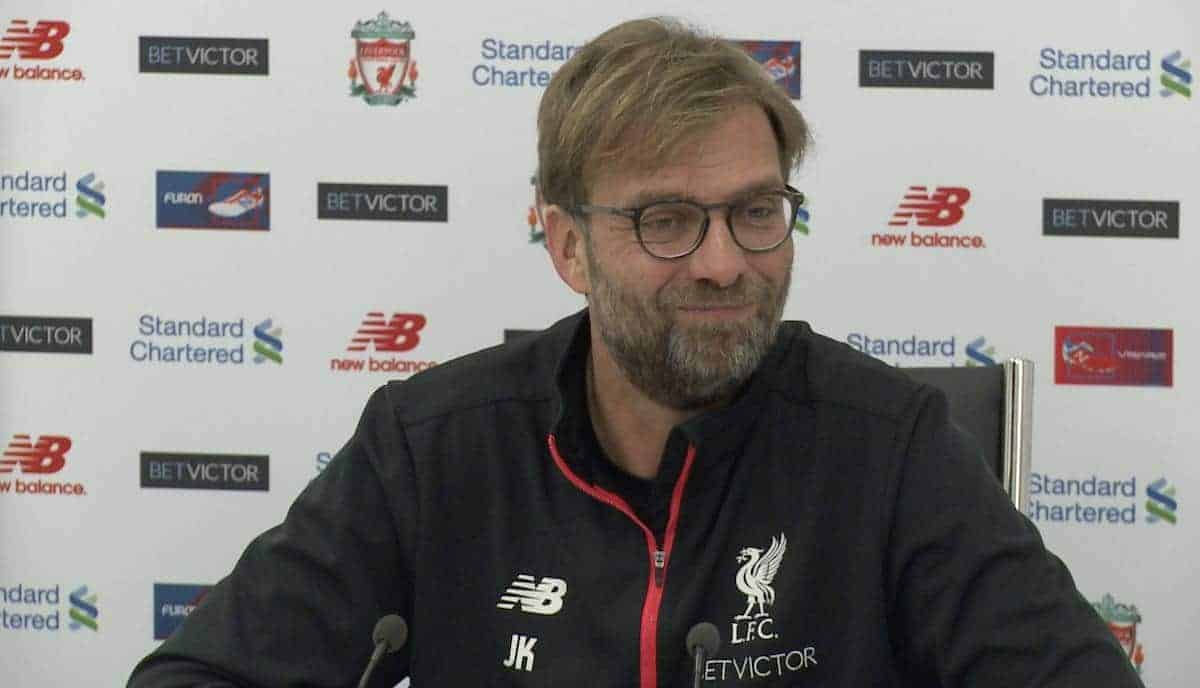 The Reds will look to turn around a 1-0 deficit to reach their second League Cup final in as many seasons under Klopp when they take on Claude Puel’s Saints at home on Wednesday night.

Nathan Redmond struck to give Southampton the lead in the first leg at St Mary’s, delivering a blow to Liverpool as they struggle for form in 2017.

But speaking at Melwood on Monday afternoon, Klopp insisted his side were capable of securing a valuable win, though he called for a positive Anfield atmosphere to aid their campaign.

“I can feel it’s not that positive around us any more. It’s our job to bring everybody back on track,” he explained.

“I expect it again, it’s a night game at Anfield and the impact would be unbelievable with an outstanding crowd.”

Klopp also discussed the impact of Sadio Mane‘s absence to the Reds’ form, but dismissed any notion that the winger’s departure for the Africa Cup of Nations had prompted a decline.

Furthermore, the German welcomed Steven Gerrard’s return to the club as a youth coach, and vowed to aid his progress into management in the future. Providing an injury update on his squad, Klopp revealed that he was facing no new issues, but explained that he was having to manage captain Jordan Henderson‘s heel problem.

“We know much more than last year. We don’t train a lot between games [at the moment], so instead of running [like the others], he’s on a bike,” he said.

“That’s maybe the only difference that we do with him. It’s not the moment to feel nothing. He always feels a little bit, but he can cope with it.”

Henderson is still likely to line up in Klopp’s midfield against Southampton, with anything but victory on Wednesday night to be deemed a failure by a growingly concerned home support.