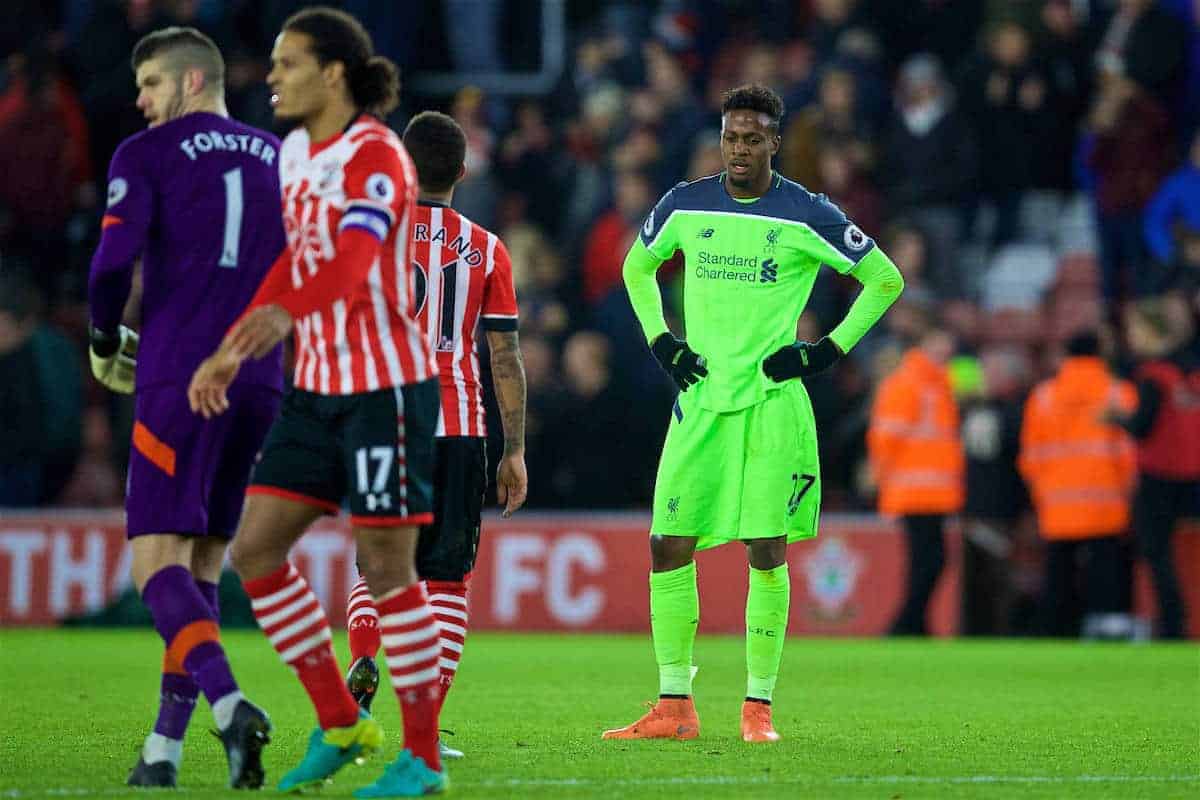 Liverpool face a tough task to book their place at Wembley after suffering a 1-0 loss to Southampton in the first leg of the League Cup semi-finals.

The Reds produced a frustrating display as the Saints took an important lead in the first leg at St. Mary’s with a goal from Nathan Redmond.

Philippe Coutinho returned to the squad for the first time in over six weeks after picking up an ankle injury, and he was forced to come on as a substitute after 60 minutes as Liverpool searched for inspiration.

Daniel Sturridge retained his place up front but couldn’t provide an impact and Liverpool were struggling to mount any serious threat on goal.

Southampton had several chances to extend their lead but Loris Karius made some good saves and Dejan Lovren produced a last-ditch clearance to deny Redmond a second goal.

The loss of Joel Matip, Sadio Mane and Jordan Henderson was evident as the Reds had to settle for a 1-0 defeat following a poor performance.

Coutinho’s return was great news for everyone…

Great to have Coutinho back tonight, will be vital for us especially with Mane away for the next few weeks #LFC

Delighted with that team. Klopp means business. Coutinho on the bench too. Let's go get a positive result tonight. Up the Reds! #LFC

All the talk of signing attackers, yet another highlighted reason why it's a centre back we crave most. All bar Matip prone to awful errors!

Karius kept the Reds in the game with some stunning saves…

Nice punch from Karius, his performance decent so far, one of few positives.

Karius is looking really confident tonight, another great save there. Shame he could do little about the goal, really. Needed a clean sheet.

Superb save from Karius after some limp defending. Lucas looks ready for the glue factory

And fans were given hope when Coutinho came on…

Operation "give Coutinho the ball at every opportunity" is a go.

Our decision making all over the show tonight. At least we have someone showing for the ball. #magician

But the Little Magician couldn’t conjure a goal, and Liverpool had to settle for a disappointing 1-0 defeat…

Probably the worst match of the season.

Absolutely shocking this match. With our fixtures lately it's hardly surprising but this is when Klopp will need to be earning his money.

For me, worst performance of the season this. Woeful in so many departments. We look nackered.

#lfc always look knackered in jan, Klopp needs to try & manage the team better in my opinion. Sturridge in a front 3 doesn't work

Klopp won't panic, he won't be happy with the performance, he will be happy that it's only 1-0, deserved to lose by a few more

Best thing about that is we were diabolical and leave with only 1 goal to recover. Worst thing is that performance has been coming.

Well if you can't be good be lucky and Reds are lucky they're only 1 down. Just not at it tonight need to improve massively before Sunday