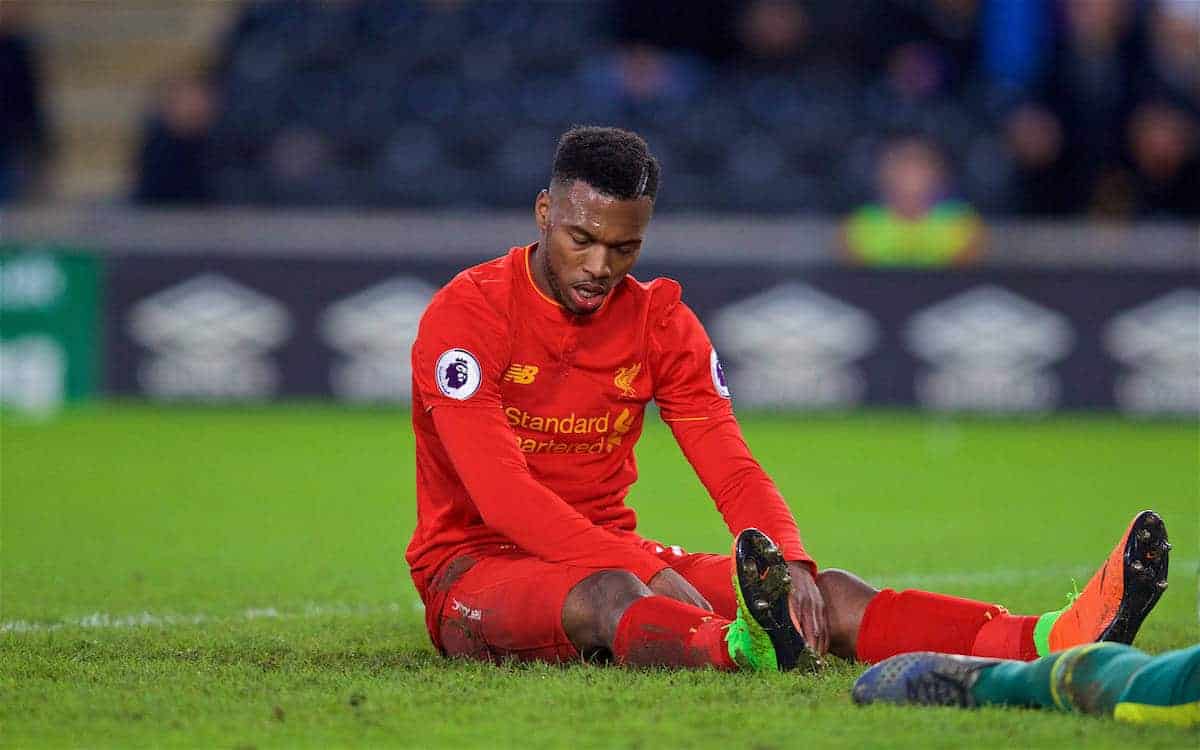 Liverpool’s all-time record goalscorer Ian Rush believes striker Daniel Sturridge still has a part to play this season but needs to fight for his place.

The England international has not started a Premier League match since scoring in the 2-2 draw at Sunderland, the game which signalled the start of a malaise which has seen the club exit two cup competitions and drop out of the top four.

Sturridge, once again affected by injury, has scored just six times in 21 club appearances this term and his two league goals came in back-to-back matches.

With manager Jurgen Klopp having an almost full-strength side available and now only one match a week to focus on, Sturridge’s chances for the remainder of the campaign appear to remain limited but Rush believes the 27-year-old can score the goals to fire the club back into the top four.

“Daniel Sturridge is probably the most gifted striker we have got,” said Rush, speaking as he surprised local over-35s side Railway Formby Vets FC by turning out in a five-a-side match to promote the chance to win £3 million for just £1 on The Football Pools.

“I was made up that he didn’t go in January and I hope he is still here next year but you have got to fight for your place. I think he will fight for his place.

“One thing for certain this year is that we will need Daniel Sturridge and once he gets that chance he has to take it.

“And when he does take it and starts scoring again I think he’ll play a major part in Liverpool making the top four.” Liverpool are currently enduring their worst run since Klopp took over in October 2015 and have slipped outside the top four for the first time since September 24.

January—which featured nine matches—appeared to be a month too far for his players and defeat at Hull last weekend suggested the situation could continue for a while longer.

However, Rush has backed the manager to turn things around.

“Nothing has gone wrong, it is just what happens, people have blips and Liverpool had a blip in January and there is a long way to go,” he added.

“They’re not going to win a trophy this season but there is still a chance for them to make the top four so if they can do that it would be a success.”