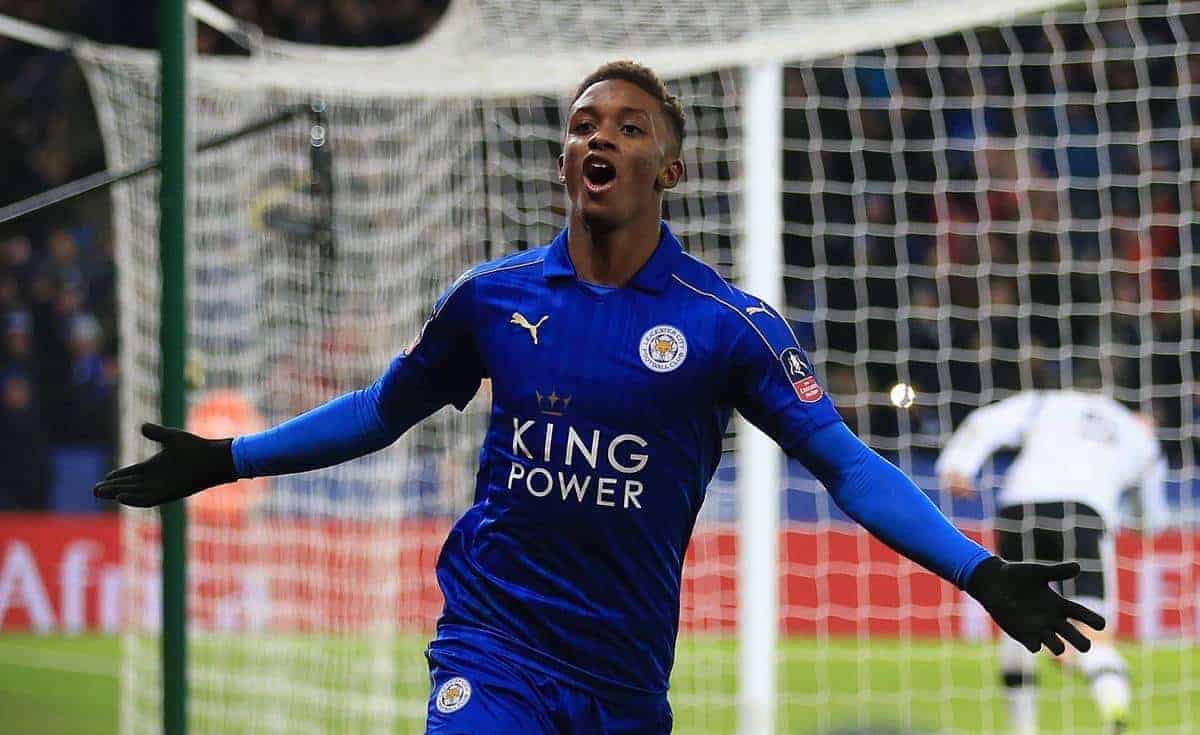 Leicester City‘s impressive young winger Demarai Gray is being considered by Liverpool ahead of the summer transfer window, according to reports.

Gray joined the Foxes from Birmingham City at the beginning of 2016, after they activated his £3.7 million release clause, and he has shown his potential over the past year.

The 20-year-old has settled into life at the King Power Stadium quickly, offering Claudio Ranieri a reliable option in attack.

And according to the Mail, this has alerted Jurgen Klopp, who has added Gray to his list of attacking targets ahead of what is likely to be a busy summer in the transfer market.

The German is reportedly looking to add two wingers to his squad for next season, with Bayer Leverkusen’s Julian Brandt his first-choice candidate.

But Gray is also an interesting prospect for the Reds, as though he has scored just twice and assisted a further six goals in 41 games for Leicester, he has shone when called upon by Ranieri.

Due to his bit-part role for the Foxes, Gray has averaged a direct goal contribution every other game so far, with his most recent strike a beauty in Wednesday night’s FA Cup win over Derby County.

His skill, pace and direct attacking style would suit Klopp’s system perfectly, and given he is just 20 years old, there is plenty of scope for Gray to develop under the Reds manager. Klopp currently only has one natural winger in his regular first-team squad, with Sadio Mane‘s absence throughout January underlining the need to strengthen on the flanks in the summer.

Harry Wilson, Sheyi Ojo and Ben Woodburn are all options for the 49-year-old, while Lazar Markovic could return, but Klopp still needs further reinforcement.

This is particularly true if Liverpool qualify for European competition next season, which is highly likely despite their major downturn in form since the turn of the year.

Additions like Gray and Brandt would allow Klopp to rotate his squad more effectively during a busy schedule.

And while Gray has not been at Leicester long, if they suffer relegation from the Premier League this season, he could be available for a relatively low fee, negating any risk.

Tipped for big things in the future, Gray would be a shrewd acquisition for Klopp and his recruitment staff.

And his performances throughout the rest of the season are certainly worth watching.