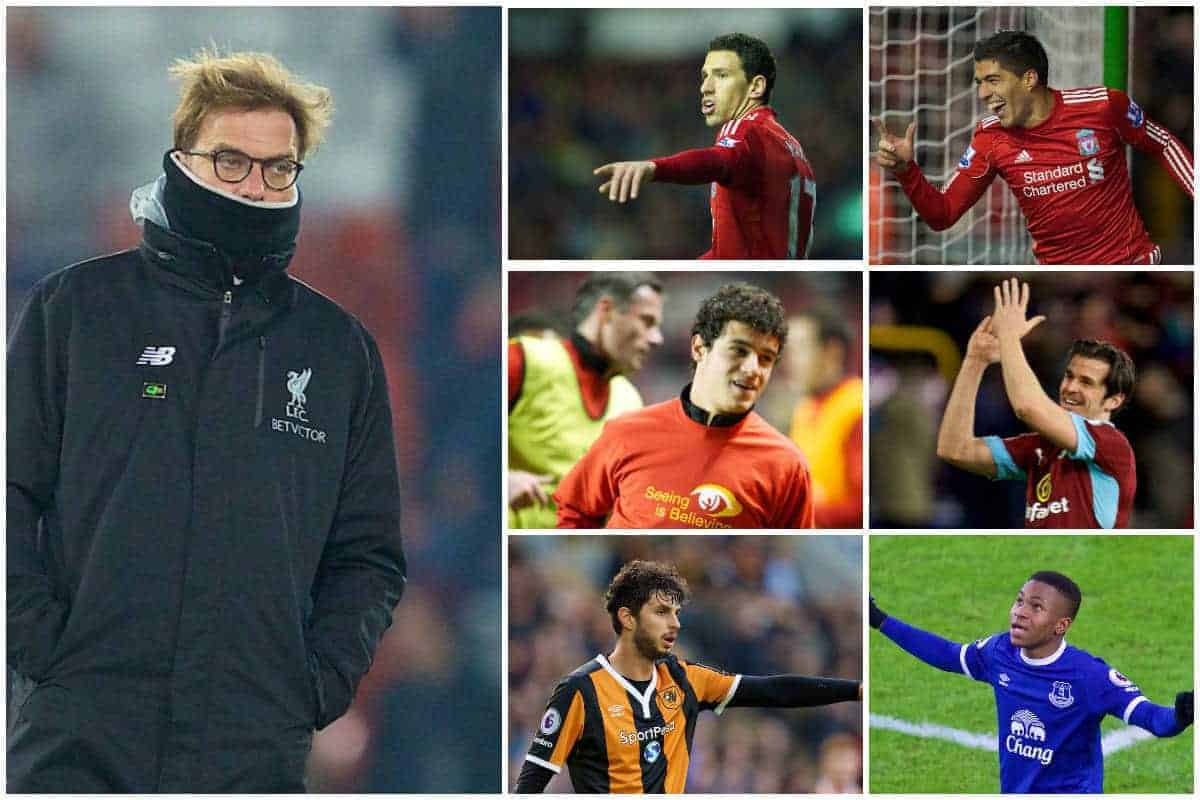 Liverpool’s inability to build on a strong first half of the season hasn’t been helped by a lack of spending in January – and it’s a myth that new signings in winter need time to settle.

January came and went with a whimper from Merseyside, with only the departures of seven players, two new contracts and the return of Steven Gerrard as youth coach to show for it.

While the Reds concluded some positive business throughout winter, that Klopp failed to add to his squad at a crucial period was a dismal failure by the club.

The popular line that January is not the right time to reinforce, due to the complexities of the market and a lack of preparation time—but this is simply not the case.

And with five losses in the first 10 games this year to show for it, this could cost Liverpool dearly once again.

Back in November, when Danny Ings suffered his second debilitating knee injury in as many seasons, Klopp discussed the possibility of adding to his squad in the new year.

This came with the knowledge that Sadio Mane was set to depart for the Africa Cup of Nations in January, with the winger provisionally ruled out until the follow month.

“We watch the market all the time and we need to be prepared for different situations and one of them is injuries,” he said.

“The Africa Cup of Nations we already knew about so we don’t need to be influenced or surprised about that but it could be a moment when we approach the market.”

Essentially, Klopp confirmed his intention to move in the market if possible, with a list of targets drawn up to bolster his attacking ranks, including Julian Brandt and Quincy Promes.

FC Rostov striker Sardar Azmoun was also revealed to be on the Reds’ radar, while Borussia Dortmund winger Christian Pulisic remained a long-standing target for Klopp.

However, three months later, and with Liverpool without any new faces and their form suffering, Klopp insisted that it was due to the “right players” not becoming available in the January market.

This is something of an admirable stance, with Klopp unwavering in his faith in his current squad, but the inability to address clear weaknesses sufficiently can also be seen as poor planning.

Liverpool did reportedly try to sign Julian Draxler in January, before the 23-year-old opted for PSG in a £38 million deal, while moves for Brandt and Promes may have been broached.

But to be aware of Ings and Mane’s absence with two months to go before the window opened and fail to find a solution in the market suggests Liverpool did not prepare well enough for January.

And given his previous record in the winter window, signing just 15 players mid-season in 14 years with Mainz 05 and Borussia Dortmund, this should be no surprise—but the Premier League is a different beast to the Bundesliga.

Evidence in Previous Years at Liverpool Without the luxury of a winter break, and its rejuvenating qualities, English sides often required a jolt in January, to capitalise on what is a busy, crucial period in the long campaign.

This has often been the case with Liverpool, with key examples of the virtue of winter reinforcement coming as recently as 2013.

Brendan Rodgers’ Reds were struggling for consistency in 2012/13, and with his side sitting ninth in the table on the turn of the year, the Ulsterman needed swift action in the January window.

In came Daniel Sturridge and Philippe Coutinho, two relative gambles for Liverpool, but players with quality who could hope to make an impact in their first five months on Merseyside.

Both did just that, with Sturridge scoring 11 and assisting five in just 16 games in all competitions, while Coutinho scored three and assisted seven in 13, lifting the Reds to seventh come May. Mascherano lost just twice in 11 appearances for the Reds following his winter loan move from West Ham in 2006/07, with both coming in the Champions League—one of which was the final against AC Milan.

Rodriguez, a free signing from Atletico Madrid, slotted to play an invaluable role for Rafa Benitez’s side in 2009/10, helping push Liverpool from mid-table to a sixth-placed finish.

And in 2010/11, Luis Suarez’s £22.7 million move from Ajax was followed by four goals and five assists in 13 league games, going on the cement himself as one of the best players in the club’s history.

While the lack of January signings in both of Liverpool’s most recent title challenges in 2008/09 and 2013/14 goes against the theory, it is clear that well-planned mid-season reinforcement can be pivotal.

If Klopp needs further evidence, casting his eye across the Premier League in the first weekend of February should be enough to hammer this home.

A Weekend of Immediate Impact

With Liverpool taking to the KC Stadium for their 10th outing of 2017, Klopp’s side lined up against a Hull City side in much different shape to that which started the campaign under Mike Phelan.

Five players in new manager Marco Silva’s starting lineup were signed in January, with another, Everton loanee Oumar Niasse, taking his place on the bench, while Markovic was ineligible.

With the Tigers securing a 2-0 win, they proved the positive impact that winter arrivals can have, with Niasse and Alfred N’Diaye scoring the goals, and N’Diaye, Andrea Ranocchia and Kamil Grosicki particularly impressive.

Elsewhere in the Premier League, three other January arrivals all scored, with Manolo Gabbiadini and M’Baye Niang netting their first goals for Southampton and Watford, and Gabriel Jesus hitting a brace for Man City.

Naturally, the majority of those 29 players would look out of place in Klopp’s Liverpool squad—Ranocchia, for example—with their impact relative to their respective clubs.

But the attempted move for Draxler clearly shows there was quality around, while Jamie Carragher also attested that Klopp would not have needed to “panic buy” in order to strengthen his squad last month.

Klopp is clearly an advocate of intense preparation in the summer, but his Bundesliga upbringing has not provided him the insight of life without a winter break, and this is hugely important.

Liverpool are now out of both the FA Cup and the League Cup, falling from second to fifth in the Premier League.

And that this triple blow came during the January transfer window is telling.

With there being clear evidence that players can come in and make an immediate impact in the winter, this inactivity has seen the Reds fall behind when they should have been taking advantage.