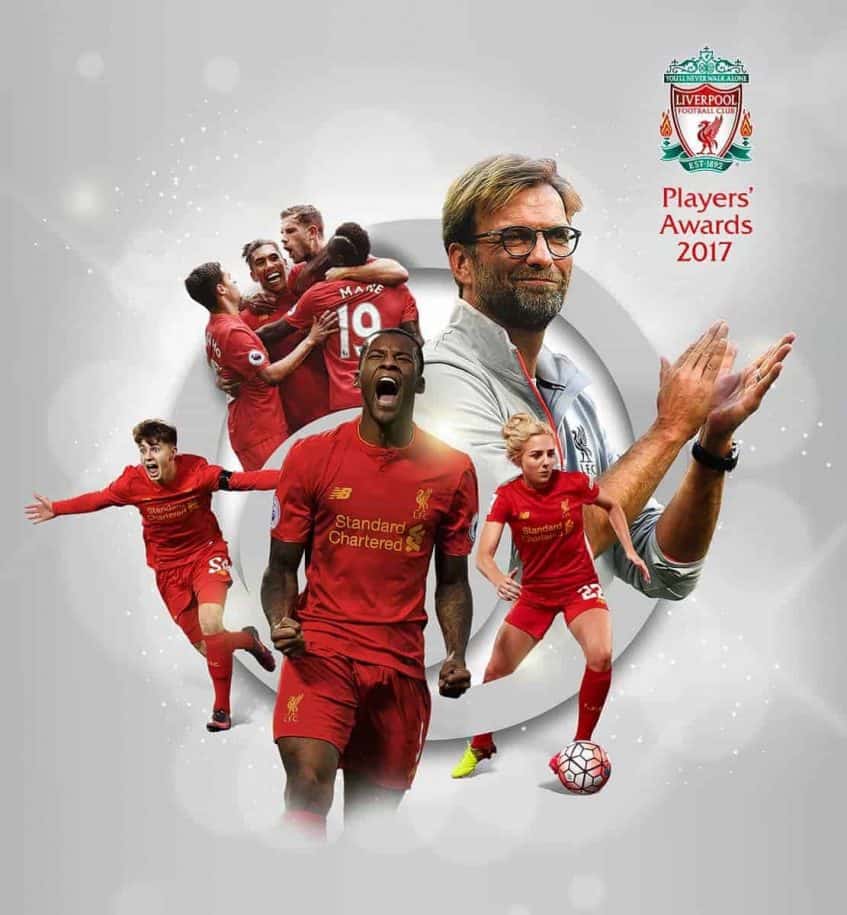 Anfield will play host to the Liverpool FC Players’ Awards at the end of the season, acknowledging the stars of the Reds’ 2016/17 campaign.

Jurgen Klopp‘s side are still battling in earnest for a top-four finish in the Premier League, but the club are already planning their annual awards ceremony to mark their achievements.

And announcing this year’s Players’ Awards on Tuesday afternoon, the club confirmed that they would again be held at Anfield, and be shown live on LiverpoolFC.com.

Set for May 9, it will take place in the stadium’s newly expanded Main Stand, and will honour the first team, Liverpool Ladies, and the stars of the academy, as well as former players and supporters.

Coming three days after the Reds’ penultimate home game of the season, against Southampton, the club will be hoping this provides a fitting backdrop to celebrate a successful campaign.

“The Players’ Awards will once again be raising funds for Liverpool FC Foundation, the Club’s official charity,” a club statement confirmed.

“The aim of the LFC Foundation is to make a real difference to the lives of children and young people in Merseyside and beyond.” He also received the Goal of the Year award for his excellent solo effort against Man United in the Europa League, as well as Performance of the Year for his display in the 4-1 win over Man City.

Coutinho will have considerable competition for the top accolade this year, with the likes of Sadio Mane, Adam Lallana and Roberto Firmino shining throughout the season so far.

Georginio Wijnaldum arguably turned in one of the performances of the season so far in the recent 2-0 victory over Tottenham Hotspur, while Mane will be among those vying for the Reds’ best goal.

For now, however, the focus remains on the pitch, as Klopp looks to guide Liverpool to glory in 2017.