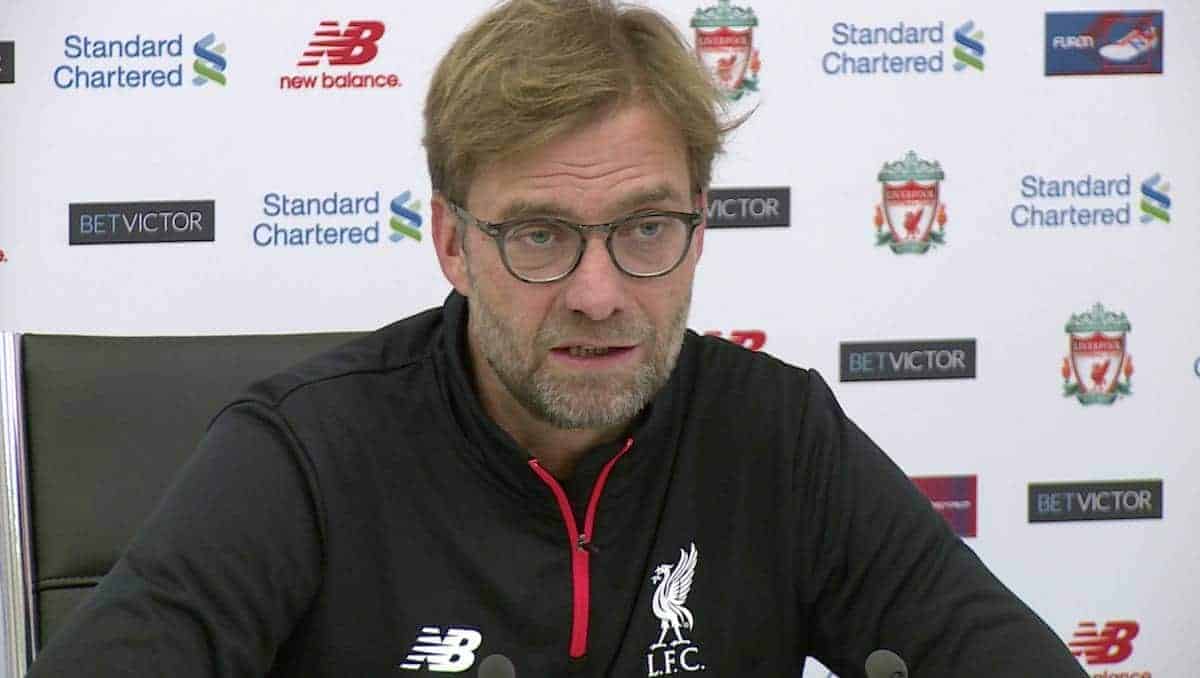 Jurgen Klopp gave an update on injuries and his impression of Marco Silva as he addressed reporters ahead of Liverpool’s clash with Hull City.

The German took to Melwood on Thursday afternoon to preview the Reds’ upcoming trip to Hull City, where they will look to build on Tuesday night’s 1-1 draw with Premier League leaders Chelsea.

Taking a point from the Blues is hopefully to start of a turnaround in form for Liverpool, who suffered a miserable run throughout January.

But Klopp will be taking nothing for granted as he prepares his side to take on 19th-placed Hull, and speaking ahead of the trip to Humberside, he praised Silva’s work with the Tigers.

“I’m impressed, what can I say? It was a pretty interesting challenge,” he said.

“We [assess them] today, finally. A lot of the boys watched the game [vs. Man United].

“A lot of different lineups and systems in games. Even against the power and strength of United, it was OK.

“Without confidence because of the results, Marco Silva is obviously a good manager.”

Klopp also provided a positive injury update for his squad, facing no major problems for the trip to the KC Stadium, saying Nathaniel Clyne, Dejan Lovren and Jordan Henderson are all “really fine.”

The German discussed Mamadou Sakho’s loan move to Crystal Palace, urging the Frenchman to focus on his performances, while also divulging on his work coaxing goals out of Georginio Wijnaldum.

Wijnaldum netted the equaliser against Chelsea in midweek, taking his tally for the season to three, and will be hoping to add another and help secure victory over Hull.