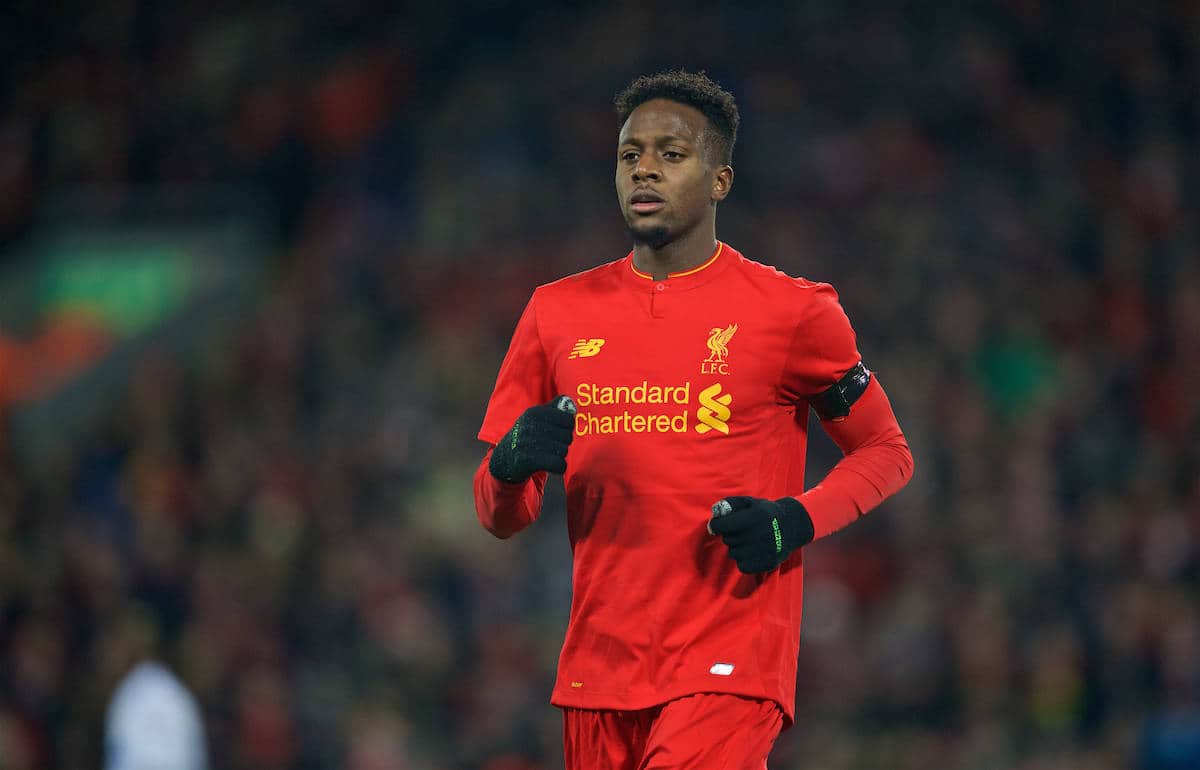 The Reds welcome their mid-table opponents to Anfield this weekend, with Jurgen Klopp forced to navigate a series of injury problems throughout his squad.

Jordan Henderson and Daniel Sturridge have both been ruled out, while Dejan Lovren is still not guaranteed to start following his recovery from a knee problem.

But while the form of Ragnar Klavan and Emre Can, and the peripheral status of Sturridge, provide Klopp with solutions for the absent trio, the potential loss of Firmino is more troubling.

With few options to consider if the Brazilian is indeed ruled out, Klopp may be left to hand Origi a major opportunity as Liverpool look to stabilise their top-four challenge.

And during a troubled campaign on Merseyside, this would hand the Belgian a crucial chance to shine.

It may be difficult to believe given his marginal role, but no Liverpool player has made more appearances than Origi so far this season, with the 21-year-old level with Firmino with 32 outings.

Compounding this further, Origi is also the Reds’ third-highest goalscorer in 2016/17, having scored eight times in those 32 games, behind only Firmino (10) and Sadio Mane (12).

But it has been hard to justify the striker’s inclusion, given his inconsistency when called upon by Klopp this term.

After a breakthrough campaign last time out, Origi looked set to establish himself as Klopp’s first-choice centre-forward, supplanting Sturridge as the focal point of Liverpool’s attack.

But injury and a change in system put paid to that, with Origi left to settle for a place on the substitutes’ bench—so far this season, he has started just 13 games, with only six of those in the Premier League.

Bar a spell that saw him score four and assist two in six league games towards the end of 2016, Origi has looked bereft of the vitality and tactical intelligence that made him stand out last season.

This has left Origi at odds with Klopp’s system, with Firmino taking advantage.

While he has also struggled for consistency at times this season, Firmino has largely stood as one of Liverpool’s best players throughout 2016/17, and arguably the most crucial to Klopp’s setup.

Speaking in September, Klopp described Firmino’s role up front as “the most intense job” in his new 4-3-3 formation.

“He really likes doing things like this, because it’s a natural skill that he knows.”

While his all-round contribution is key, that Firmino has also struck 10 times in 32 games, as well as assisting a further seven goals, has made him indispensable to Klopp.

This makes his absence more crippling, particularly given his excellent showing in the 3-1 win at home to Arsenal last weekend.

But the calibre on Liverpool’s opposition on Sunday does suggest Firmino won’t be missed as heavily as if Klopp was preparing his side for a tussle with a top-four rival.

Burnley‘s trip to Anfield serves up a salient reminder of their chastening 2-0 defeat at Turf Moor back in August, the first of five losses in the league this season so far.

That day in Lancashire saw Firmino fail to fire, and of the following four defeats to Bournemouth, Swansea City, Hull City and Leicester City, the 25-year-old only scored against the Swans.

Whether that is due to his combative, front-footed role is up for debate, but Firmino is seemingly better suited to clashes when Liverpool need to take the fight to their opponents.

The former Lille striker’s tendency to play off the shoulder of opposing centre-backs seemingly gives him an advantage against sides employing a low block, posing a threat to their structure.

This could be the case on Sunday, and with Origi entering the final two years of his contract this summer, he is at a stage when he needs to impress Klopp and secure his long-term future.

While Firmino’s absence is a bitter blow to Klopp’s plans, he has an able and eager alternative in Origi.