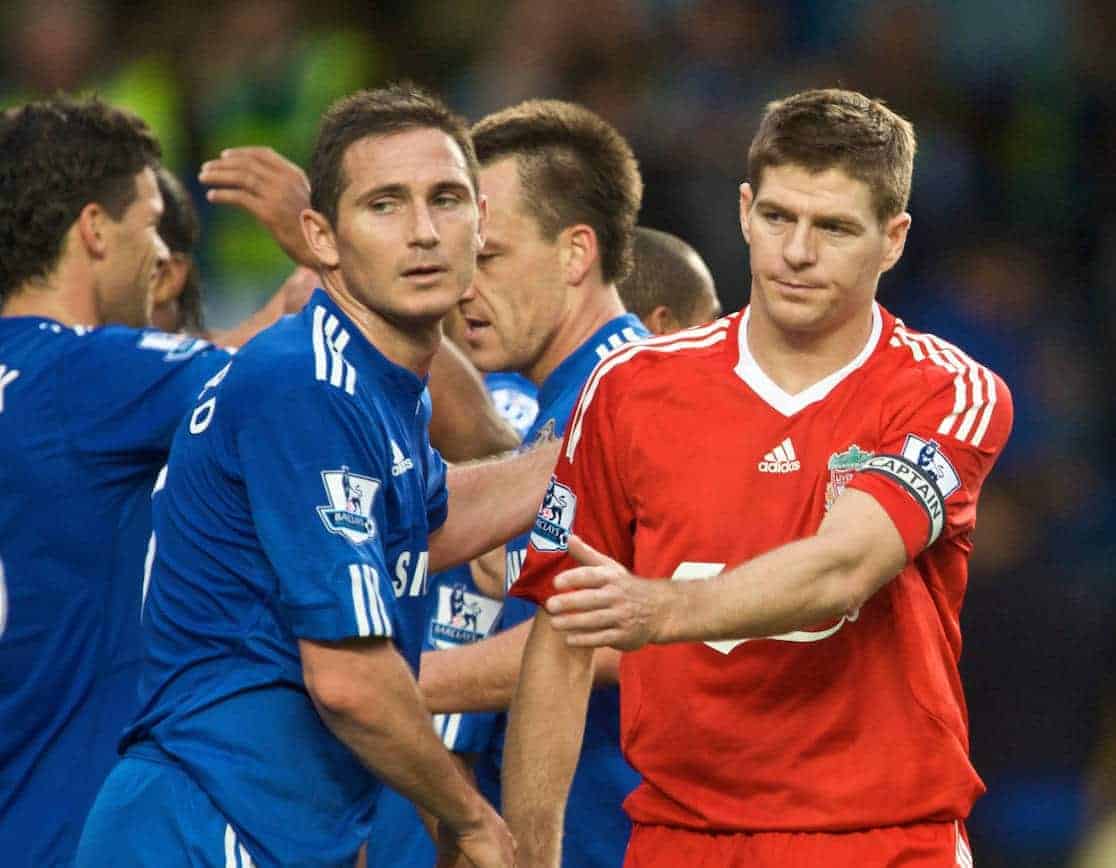 Frank Lampard has hailed Steven Gerrard as the best midfielder he ever played against in the Premier League, saying the Liverpool legend “had everything”.

Gerrard and Lampard are widely seen as two of the best central midfielders of the Premier League era, with both enjoying glittering careers throughout the 2000s.

Both were often compared with one another, and at a time when the rivalry between Liverpool and Chelsea reached its most bitter period, their on-pitch duel was often unmissable.

Their failure to work in tandem for England was also forever scrutinised, and no manager was ever able to get the best of them in the middle of the park.

With the former England midfielders now retired from the game, we are hearing nicer things said about each other, in comparison to when the media liked to play up rumours of a rift.

Speaking on Sky’s Monday Night Football, alongside Jamie Carragher, Lampard was quizzed about the three best midfielders have ever competed against. His response will please Reds supporters.

“Steven Gerrard, in the Premier League. He had everything,” Lampard said.

“If you got him on his day, you could almost forget about it because he was so powerful. Particularly when you used to go up to Anfield, you knew whether Stevie was on his game in the first three minutes because he’d crash through someone.

“But he had everything… other than the aggressive side, obviously he had top ability. He was a great midfield player.”

Legendary Barcelona duo Xavi and Andres Iniesta were the other two named on Lampard’s list, going to show just how highly he thought of Gerrard.

He saw off the likes of Paul Scholes, Roy Keane and Patrick Vieira in Lampard’s thinking, further suggesting the Premier League has never seen a better player in the engine room.

Lampard also named Adam Lallana in his current Premier League team of the season, following a largely exceptional campaign from the 28-year-old.

No other Reds player made the cut, however, with Lallana chosen in a midfield diamond alongside N’Golo Kante, Dele Alli and Eden Hazard.