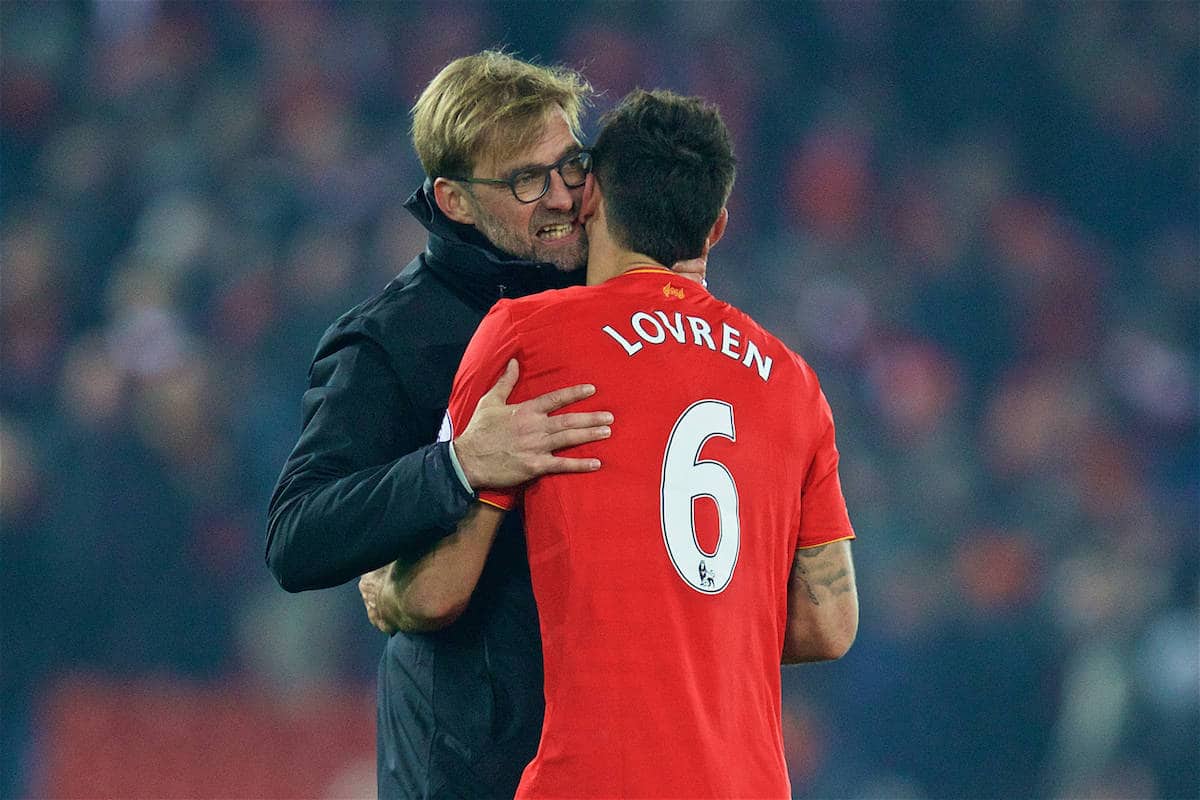 Jurgen Klopp believes his inability to field a regular centre-back pairing has contributing to Liverpool’s poor form this season so far.

Klopp has ostensibly settled on Joel Matip and Dejan Lovren as his first-choice duo at the back, but they have only played together on 12 occasions so far.

The German has used 20 different partnerships during his time on Merseyside, with these invariably featuring Lovren, most typically alongside Matip, Mamadou Sakho, Kolo Toure or Ragnar Klavan.

In Liverpool’s last three games in the Premier League, however, Lovren has been absent, leaving Matip to operate alongside a rotating cast of makeshift defenders.

And on a grander scale, Klopp feels this has played a big role in the Reds’ struggle for consistency in 2016/17, with their fragile core allowing sides to capitalise.

“We had to change a lot, that’s the truth, especially in the centre-half position,” he told The Premier League Show.

“Do we concede too many goals? Yes, absolutely.

“It seems like an excuse, but it’s only an explanation of what happened.

“If we have one more centre-half, obviously it was not a number, it was [about] a moment when he was fit.”

Though Klopp’s final statement is rather confusing, it does suggest that he is content with his current options at the back—and only frustrated by their fitness.

But with Lovren averaging an injury every month this term, and Matip struggling with a recurring ankle problem, the need to sign another centre-back this summer is clear.

Bayer Leverkusen youngster Jonathan Tah could be an excellent option in this regard, while Southampton‘s Virgil van Dijk has been regularly linked with a move to Merseyside.

With Klavan and Lucas Leiva reaching the tail-end of their careers, Klopp could do with an injection of quality in his defensive ranks, despite the immense potential of 19-year-old Joe Gomez.

Liverpool could again be without Lovren in their starting lineup in Saturday’s home clash with Arsenal, with Matip likely to be partnered by either Lucas or Klavan.

This hands the Gunners an immediate advantage, as Klopp has already conceded that this has been his side’s Achilles heel in 2016/17.

And addressing this should be a top priority for the 49-year-old as he builds for long-term success.