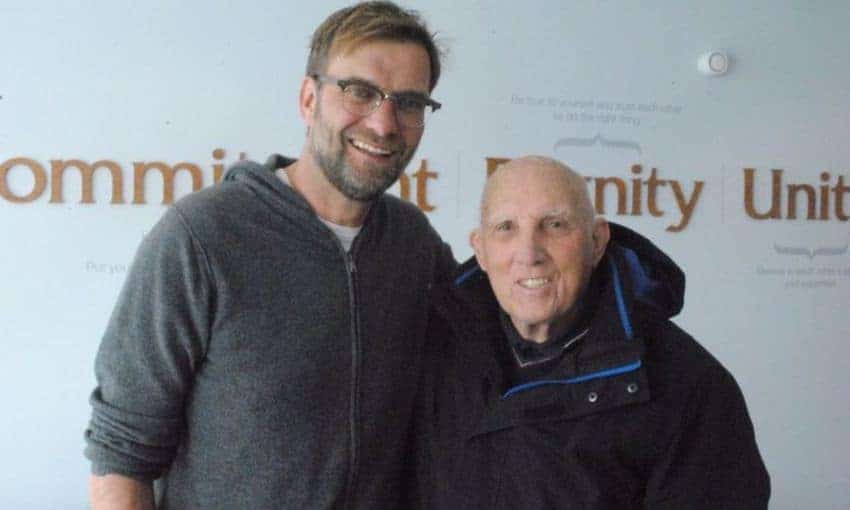 Moran, who was diagnosed with vascular dementia four years ago, died on Wednesday morning aged 83 having served the club for 49 years.

He performed a variety of roles, from player all the way to caretaker boss on two occasions, and during his stay the club won 13 league championships, four European Cups, two UEFA Cups, five FA Cups and five League Cups.

“You will not have this a lot of times. It’s nice and it shows what a big value this is because it’s so rare,” Klopp told liverpoolfc.com.

“Maybe more of us should try to be like him – and in him we had the perfect role model.

“I am sure nobody can, or will, forget him. It’s a sad day, but on the other hand it is a day where everybody thinks about him and thinks about his very, very special story.

“I had the honour of meeting him last year around the League Cup final.

“Obviously I am not from Liverpool, I am not from England, and so I needed a little bit of help but when I heard about this very special story then it was really nice to meet him. It was a big honour for me.”

The squad, minus its international players, is currently away at a warm-weather camp in Tenerife. All players and staff held a minute’s silence before training on Wednesday.

“We tried to pay our respects like a football club should do for a real member of the club, a real figure of the club, with a minute of silence,” Klopp added.

“It was impressive because the players were immediately in the mood; all of them have heard about him and that shows how special his relationship with this great club was.

“Today is a very sad day for all of us. All of our thoughts and all of our love are with the family.”