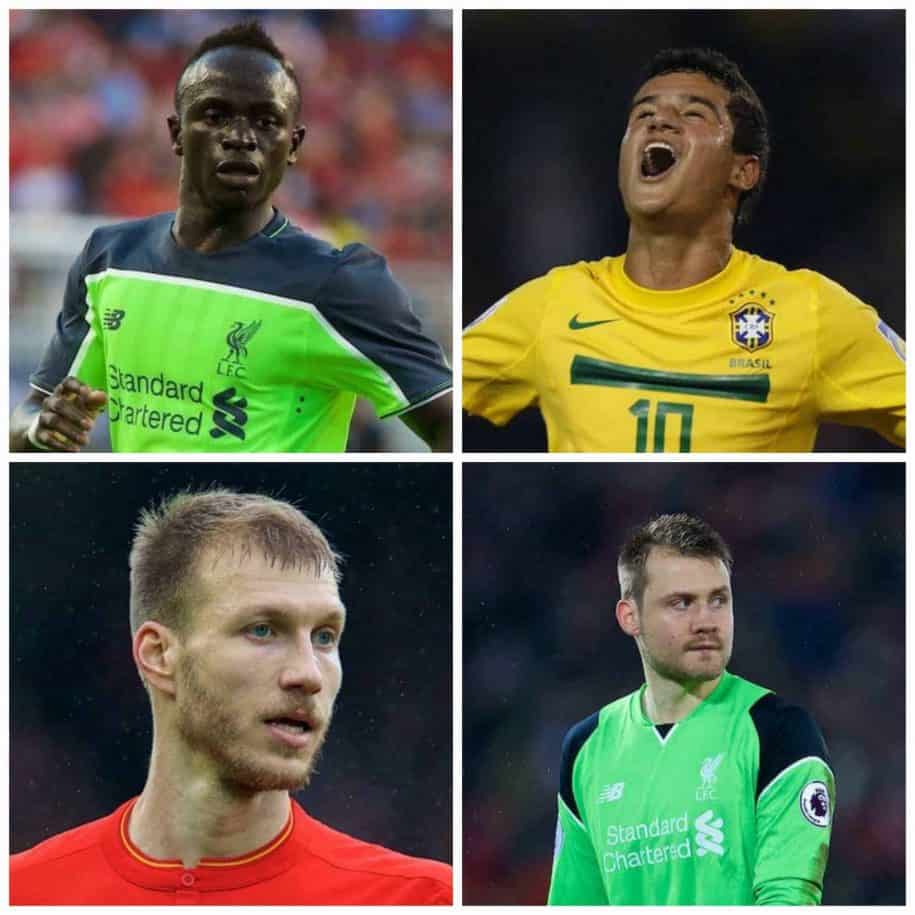 Several Liverpool players were in action as the international break came to a close, and are now set to return to the club ahead of the Merseyside derby.

Just three days before a pivotal derby clash which could determine Liverpool’s credentials of finishing in the Premier League‘s top four, Jurgen Klopp will be hoping most his international stars return to Anfield fit and in a good frame of mind.

It won’t be the case for everyone however, with Adam Lallana already ruled out for around a month with a thigh strain sustained while on duty with England.

Elsewhere, there were mixed fortunes around the globe for Klopp’s men at both senior and youth level.

Philippe Coutinho perhaps had the finest night on an individual level, scoring one and being involved in another goal for Brazil in a World Cup qualifier.

While Coutinho played on the right of the attack, club team-mate Roberto Firmino led the line as the central striker in the 3-0 win over Paraguay, with both players staying on the pitch until the closing minutes.

It was a far less impressive showing from Simon Mignolet in goal for Belgium, however.

The current first-choice at Anfield played the full 90 minutes in a 3-3 friendly draw with Russia, but it could have been even worse than being beaten three times in a rare opportunity to impress.

Mignolet allowed a fourth past him which was ruled out for offside, he was lucky not to be beaten in the 90th minute after getting caught 10 yards outside his penalty box off a short back pass and, to top it off, he conceded a soft injury time equaliser at his near post which squirmed under his legs.

Klopp will be hoping for rather more assured form from Mignolet once the derby gets underway. Divock Origi was an unused sub in the match.

Gini Wijnaldum played 77 minutes for Netherlands in the first post-Danny Blind match, but things didn’t get immediately better for the Oranje, who lost 2-1 at home to Italy. It might have been a friendly, but it’s now seven defeats from the last nine home games for Wijnaldum’s nation.

Estonia managed a surprise 3-0 friendly win over a much-changed Croatia side, with Ragnar Klavan featuring for the full 90 minutes at centre-back for the victors.

Meanwhile, it was an eventful evening in Paris on Monday for Sadio Mane.

The Senegalese international had scored from the penalty spot for his team against Ivory Coast, but with the scores at 1-1 just a few minutes from full time, several pitch invaders forced the game to be abandoned after one rugby-tackled Mane’s team-mate Lamine Gassama.

On the youth scene, Marko Grujic‘s Serbia lost 2-1 to Slovakia in an under-21 fixture, while Joe Gomez played the full 90 minutes at right-back for England’s U-21 side in a rampant 4-0 win over Denmark.

The rest of the Reds’ contingent had already departed their respective international squads after completing their scheduled matches before Monday.