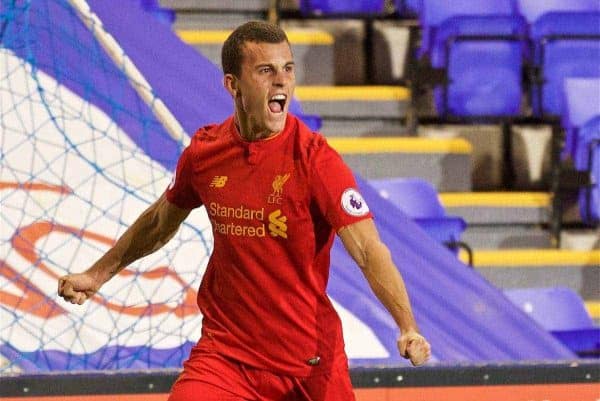 Lennon left the Reds to join MLS franchise Real Salt Lake on loan in February, and is set to spend the rest of the year in his native America.

But while his side kicked off their league campaign with a 0-0 draw at home to Toronto FC on Saturday night, Lennon was away with his international colleagues at the CONCACAF U20 Championship in Costa Rica.

Having helped the US to victories over Haiti and Saint Kitts & Nevis in the group stage, and both Mexico and El Salvador in the classification stage, Lennon started in Sunday’s final.

His opponents were Honduras, who had endured a muted start to the tournament to rise to the top on the route to the Estadio Nacional.

Lennon started in attack for Tab Ramos’ side, joined by the likes of Jonathan Klinsmann, Erik Palmer-Brown and Luca de la Torre.

It proved to be a fraught contest in San Jose, with little to separate the US and Honduras as they battled out a close tie in the Costa Rican heat.

With neither side able to break the deadlock over 90 minutes, the final ended with a penalty shootout—with Lennon stepping up to take the US’ first.

The 19-year-old duly converted, and with Honduras missing their fourth spot-kick, Lennon’s Real Salt Lake team-mate Danny Acosta was there to seal a 5-3 win, and the CONCACAF U20 title.

Lennon ended the tournament as the US’ leading goalscorer, with four goals, two behind Mexico’s Ronaldo Cisneros.

He will now head back to Utah, to rejoin Jeff Cassar’s squad as they look to enjoy a fruitful season in MLS’ Western Conference.

Their next clash comes against Chicago Fire on Saturday evening, though whether Lennon features after his exploits in Costa Rica remains to be seen.

However, Lennon will be pushing for a regular role at the Rio Tinto Stadium, after struggling for first-team opportunities at Liverpool, despite his considerable potential.

Lennon is considered a valuable asset by Real Salt Lake, with this being his second spell with the club, having come through the ranks at their Arizona academy as a youngster.

It is unclear whether Lennon will feature in Jurgen Klopp‘s long-term plans, but the German has already included the likes of Ben Woodburn, Sheyi Ojo and Harry Wilson ahead of him.

Moving back to the US suggests Lennon’s time on Merseyside could be coming to an end, with his contract due to expire in 2018.