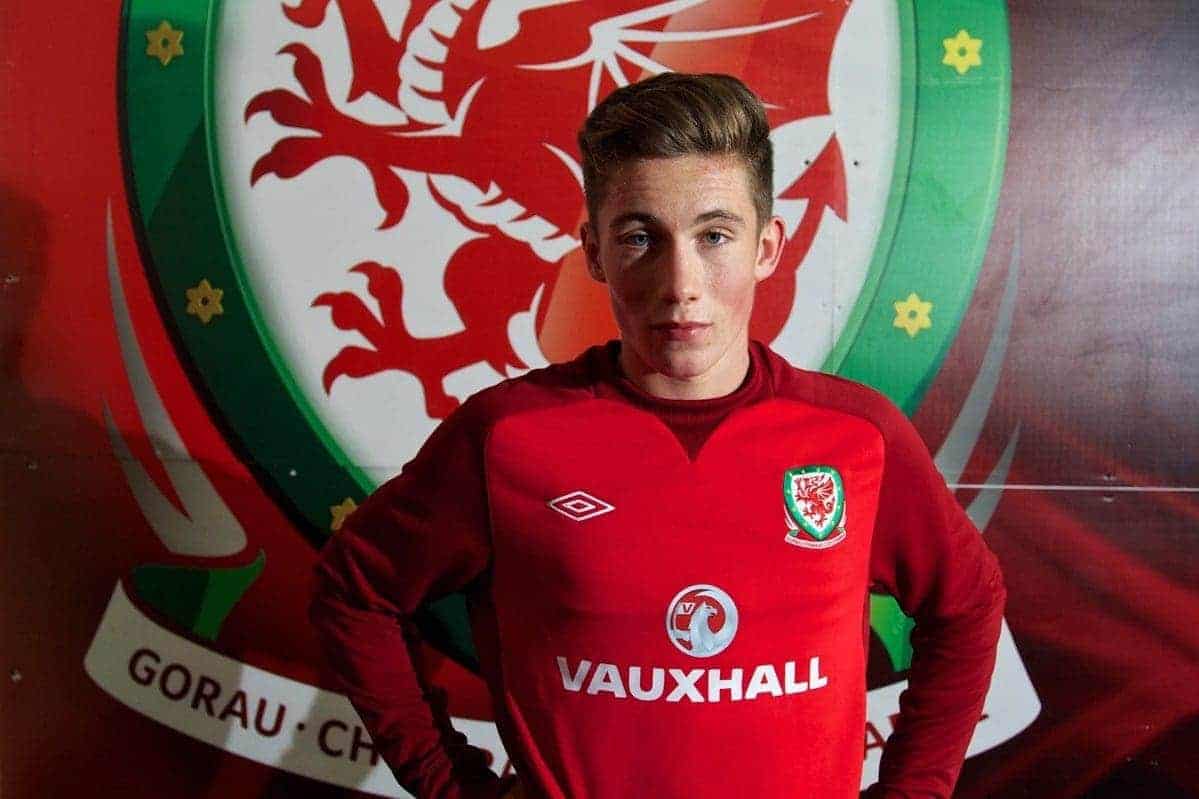 Wilson is Wales’ youngest-ever international, having made his debut at 16 years and 207 days, but has regularly turned out for the U21s since his bow for Chris Coleman’s side.

But following Lawrence’s withdrawal, Coleman has opted to draft Wilson into his side to take on the Republic of Ireland on March 24.

This sees Wilson join fellow Liverpool youngster Ben Woodburn in the Wales ranks, with the 17-year-old included in Coleman’s initial squad for the March international break.

Wilson has been in excellent form throughout the season for the Reds’ U23s, scoring and assisting on a regular basis, and this has seen him receive recognition from Jurgen Klopp.

The 19-year-old made his debut for Liverpool in January’s 1-0 win away to Plymouth Argyle in the FA Cup third round, and has since been named on the substitutes’ bench on two occasions.

This included this month’s 2-1 win at home to Burnley in the Premier League, while Wilson was also part of Klopp’s travelling squad for Sunday’s 1-1 draw away to Man City.

Whether Wilson turns out for Wales at the Aviva Stadium remains to be seen, but this serves as another milestone in his development. This is something of a make-or-break campaign for Wilson, despite still being a teenager, and he will be hoping to establish himself as a long-term fixture under Klopp.

He has been training regularly under the German at Melwood since the turn of the year, and his inclusion on the bench against Burnley is an indicator of the manager’s growing faith.

Given Liverpool’s quality in attack, including Woodburn, there have been few opportunities for Wilson, however.

But as Adam Lallana said at the beginning of March, the winger’s attitude could make the difference as he seeks to carve out a future on Merseyside.

“He is captain of the U23s, he has been training with us permanently for three or four weeks. He has got a great left foot.

“Everyone is speaking about Ben Woodburn, Trent [Alexander-Arnold], Ovie [Ejaria].

“But Harry keeps his head down, works hard and I think he has a great future ahead of him.”