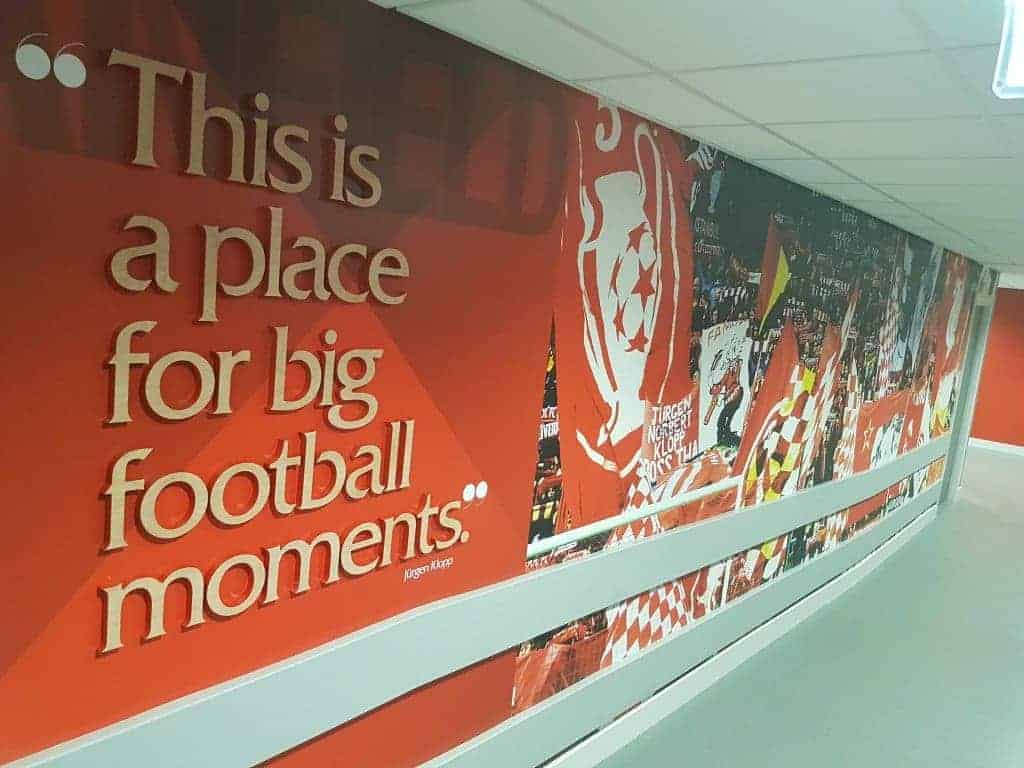 Liverpool’s new Main Stand was officially opened last September, but work has continued since then on the internal areas of the new 20,000-seater stand.

Until now, the changing rooms and media areas have been temporary, but new facilities are due to get a test run for Saturday’s legends charity match against Real Madrid – and we’ve managed to get a sneak peak with photos sent to This Is Anfield this week.

It means the likes of Steven Gerrard, Robbie Fowler, Jamie Carragher and Luis Garcia will be the first to try the new facilities, with the Reds’ first-team then hosting Everton the following Saturday.

New graphics have been installed on the player’s corridor, including inspirational quotes from Jurgen Klopp. The ‘walk of champions’ lists the Reds’ major club honours, while there’s plenty of references to the 12th man of Anfield – the fans. There’s also a new astroturf warm up area inside. Work continues around Anfield every day, including the new club shop and plenty more – for a full run down of what’s still to come, click here.