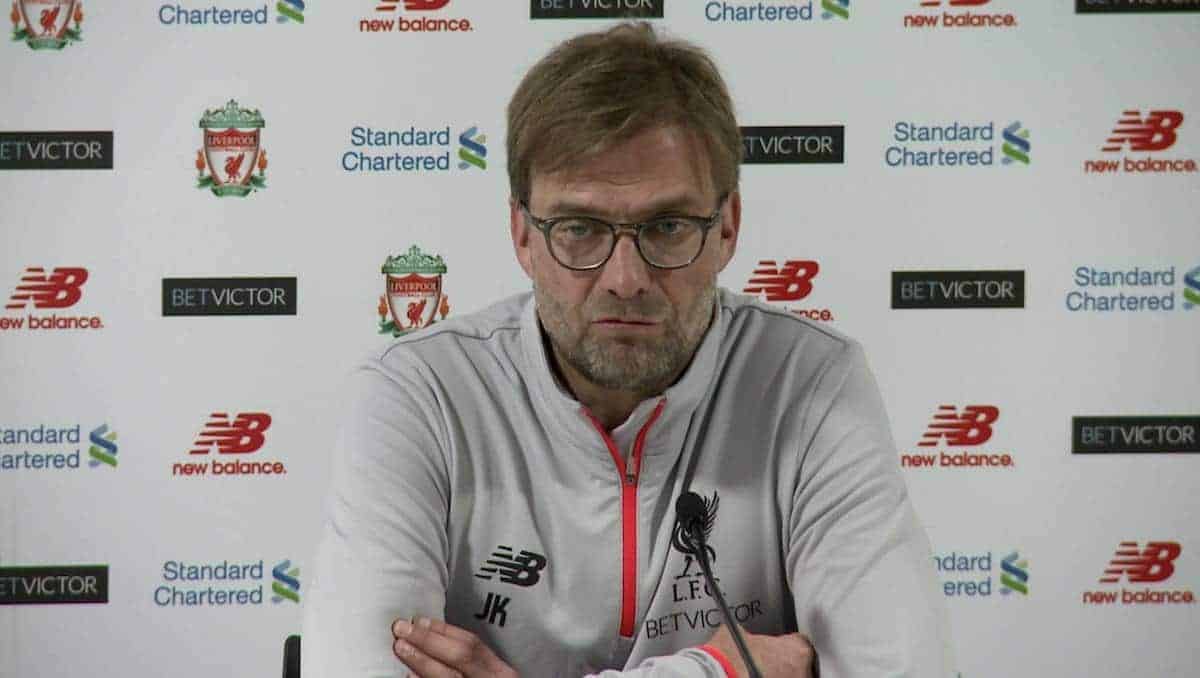 Watch Jurgen Klopp speak to the media after Liverpool’s 2-1 win over Burnley at Anfield in the Premier League.

Goals from Georginio Wijnaldum and Emre Can gave Liverpool an important three points after going behind early on through Ashley Barnes’ goal.

It was an ugly but important win for Klopp’s side, with the manager acknowledging that they needed to be better in the second half.

“In the end, we won the game, well deserved,” he assessed.

Emre Can‘s form and current contract situation has been the topic of much debate recently, and Klopp said: “Emre is a boy with an outstanding attitude. Had a few issues with his calf in recent months.”

Klopp said that captain Jordan Henderson has “no chance” of being ready for England selection after next week’s game against Man City. “Hopefully he can run in week after City,” he said.