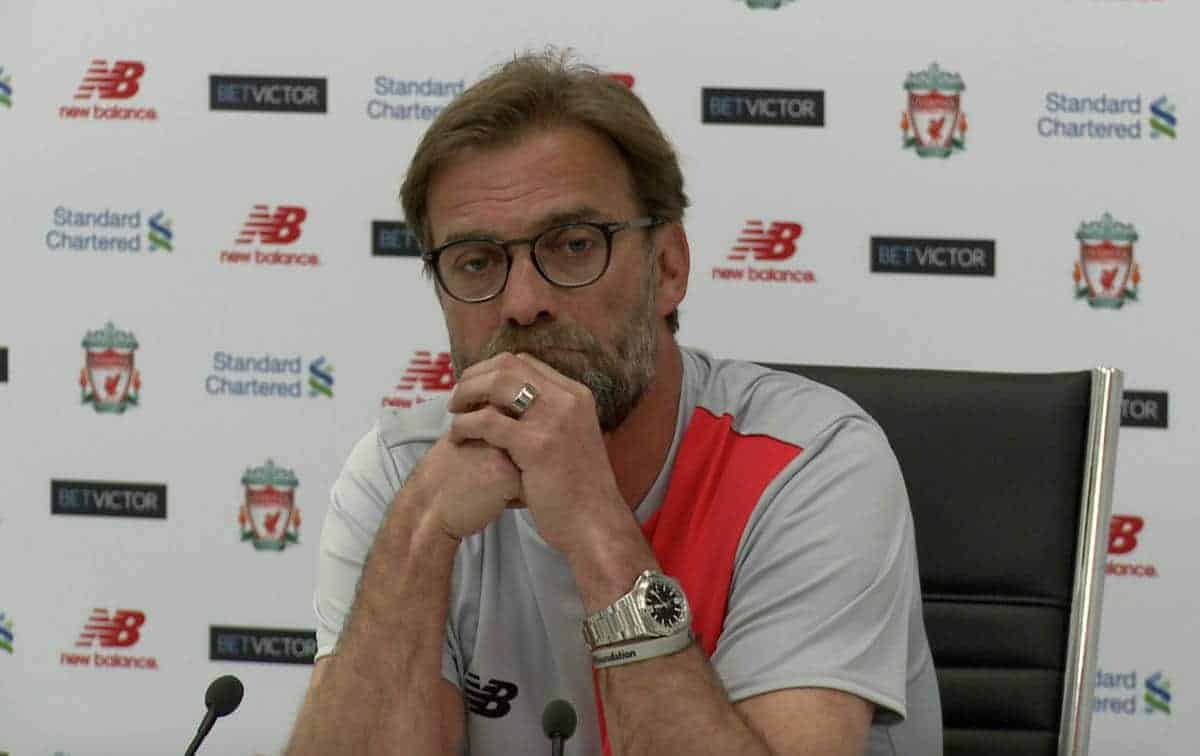 Jurgen Klopp was in a confident mood as he discussed Liverpool’s chances in Saturday’s Merseyside derby at home to Everton.

The Reds take on their city rivals at Anfield in a lunchtime kickoff, looking to a seal a double over Ronald Koeman’s side by building on December’s 1-0 win.

After another gruelling international break, Klopp can now set his sights on continuing the top-four push.

As he addressed reporters at Melwood on Saturday, however, the German was confronted with the reality of being without key midfielder Adam Lallana, who injured his thigh on England duty.

Klopp insisted he had no issues with Gareth Southgate fielding Lallana in both of the Three Lions’ games, but he stressed that international friendlies should be more sensitively scheduled.

“I wasn’t happy he played on Wednesday [against Germany], but it wasn’t my decision. Adam loves football that much that he didn’t say ‘I should wait’,” he said.

“We can all say ‘they earn that much’, that’s true, but it doesn’t help in those situations. We aren’t the only team to suffer.

“I really think we could handle these situations better, if we all worked together.”

The 49-year-old also revealed that Daniel Sturridge had “no chance” of featuring while Jordan Henderson was ruled out having suffered a “little setback” in his recovery.

The Reds manager did, however, confirm that both Philippe Coutinho and Roberto Firmino were available.

Klopp was full of praise for Saturday’s opponents, and the occasion of the Merseyside derby, but urged his side and the Anfield support to “try everything” for the victory.