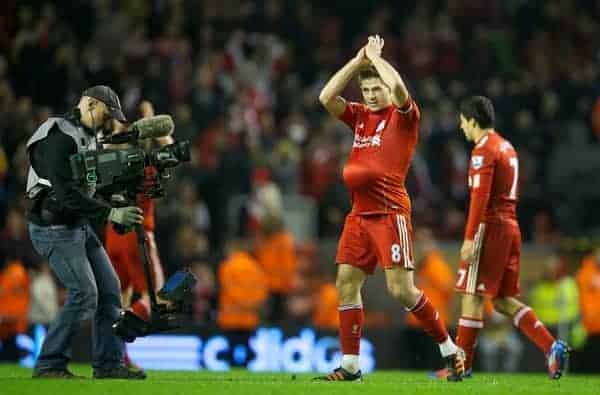 Liverpool have enjoyed some great Merseyside derby wins and scored some exceptional goals when taking on Everton at Anfield in the Premier League.

The Reds haven’t lost to their city rivals at home since 1999, producing some stunning performances against the Toffees before and since.

Jurgen Klopp‘s side will be hoping to add to their 4-0 victory over Everton at Anfield last season with another three points on Saturday, as they continue their top-four push.

Ahead of the weekend’s Merseyside derby, Liverpool released a package of their 10 best home wins against their rivals in the Premier League era.

This serves as the perfect appetiser, with a series of impressive victories making the list.

Dirk Kuyt, Steven Gerrard, Luis Suarez, Daniel Sturridge, Robbie Fowler and Luis Garcia are among the most influential names in the modern history of the derby, and they all get a chance to shine here.

So ahead of Saturday’s showpiece clash, sit back and enjoy some of Liverpool’s greatest wins over Everton.