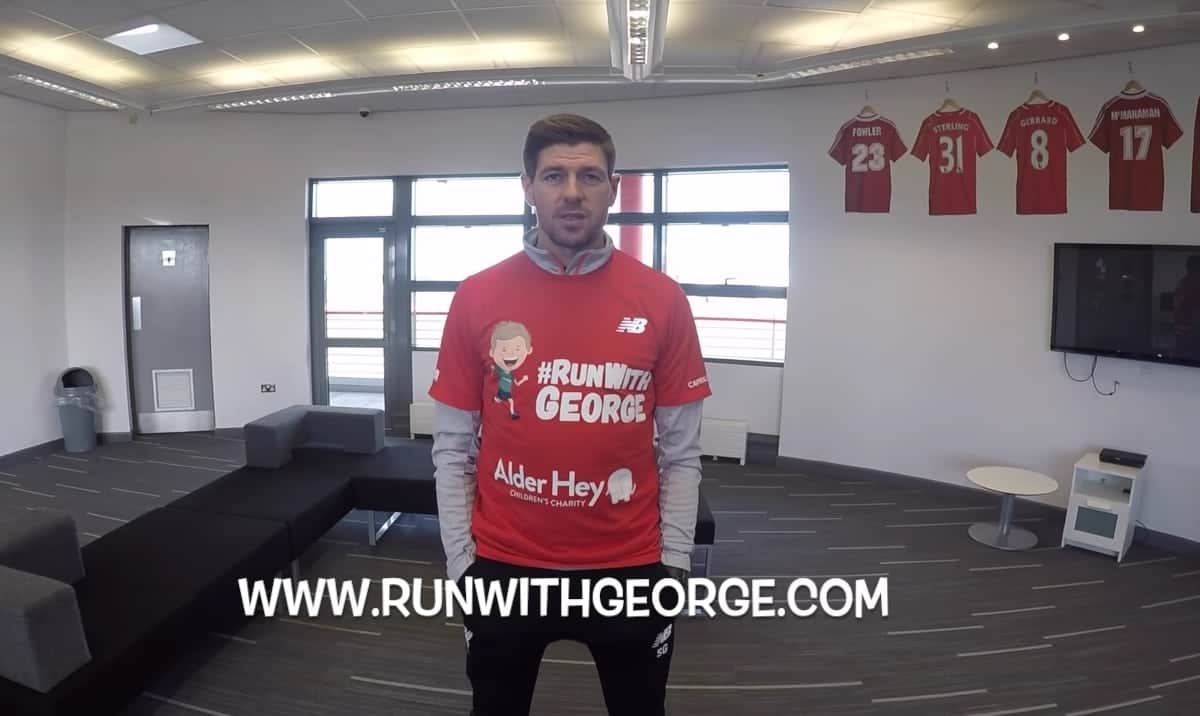 Ten-year-old George is running 75 miles, a mile for every month his younger brother James has been alive, to raise money for the Alder Hey Children’s Hospital.

Born premature, James needed serious treatment to save his life, and George is seeking donations at his SponsorMe page.

Supporting George in his efforts, Gerrard met the brothers at Liverpool’s Kirkby academy, where he is now serving as a youth coach after the end of his playing career.

He also sat down with George and James for an interview about his career as Reds captain, his favourite Liverpool goal and his toughest opponents.

At time of writing, Run With George has raised over £9,500 for the Alder Hey Children’s Charity.