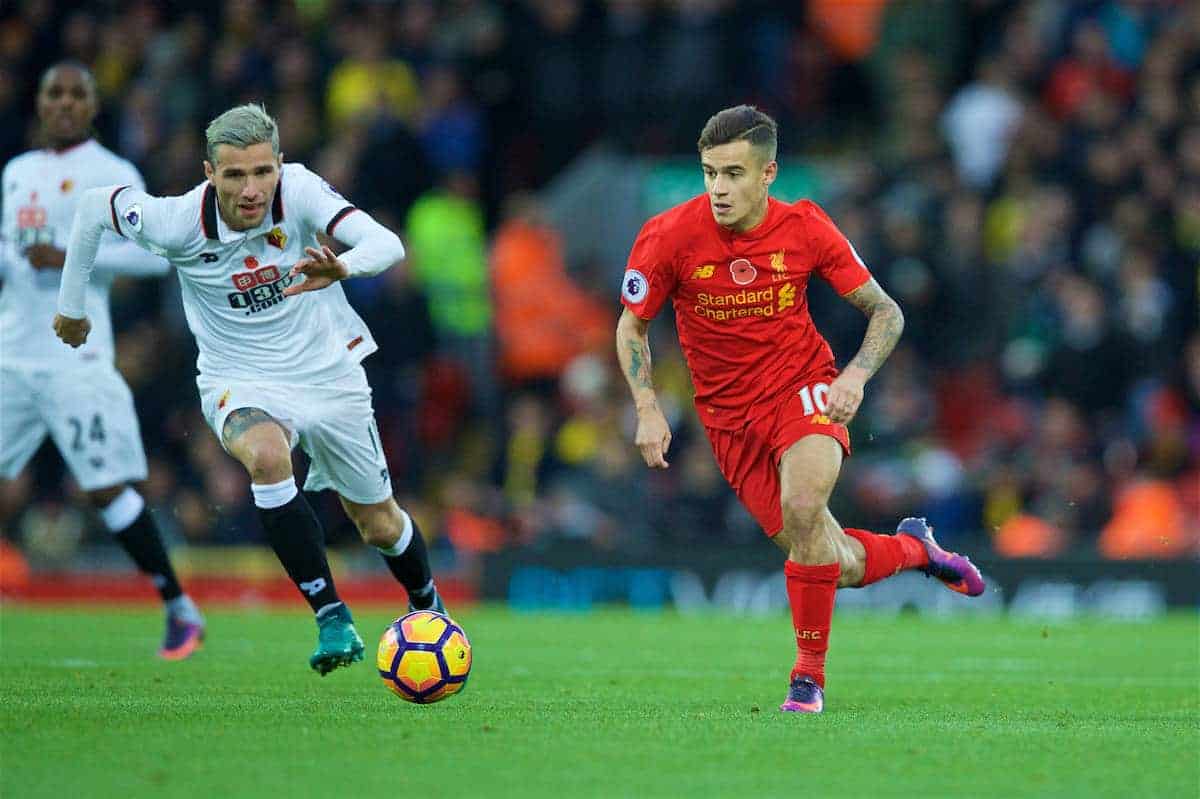 It’s crunch time for Liverpool’s top-four hopes and the Reds need a result at Watford. Here’s everything you need to know about the Hornets.

Watford started off the season in a 3-5-2, looking for the powerful central midfielders to push up and support the attack.

But injuries in defence and Walter Mazzarri’s own choices have seen a shift to 4-3-3 in the second half of the season.

That allows them to string five across the middle when required, with Troy Deeney often alone up front, and provides extra protection to the back line which has been chopped and changed with alarming regularity at times.

They can be extremely wide open to play against at times, slow to close down in midfield and instead relying on pure numbers and positioning rather than work rate and aggression to hold out against teams.

In attack, individual technique has gotten them over the line at times as opposed to cohesive, planned methods of buildup. The sheer volume of goals Watford have conceded of late by teams either running down the wing or playing behind the full-back is absurd.

Perhaps it’s a consequence of shifting from a back three to four; either way, Liverpool must exploit the wide areas better than they have recently.

Heurelho Gomes is a reasonable shot-stopper, but he is also capable of making blunders. That won’t matter if the Reds don’t get shots on target this time, which they failed to do anywhere near often enough last time out.

Higher-quality shooting chances make all the difference, so work for those openings and hit the target rather than relying on aimless efforts from distance. Almost the same point we made prior to the Palace match, Liverpool must do better in closing off the runs, on and off the ball, from the likes of Mbaye Niang, Isaac Success or Nordin Amrabat.

They are Watford‘s outlet, they can create from one-on-one situations and shoot from range. Both from a creative perspective and with regards to the above point of hitting the target, Liverpool need Philippe Coutinho on top form.

He can worry the Watford defence all day, but one on target from seven efforts needs bettering, either by his own shots being more accurate or by drawing defenders in and laying the ball off to a better-positioned team-mate.

For Watford, Miguel Britos has been their best centre-back for much of the season and he’s back to form.

His organisational play will be key for them, while the excellent Jose Holebas bursts forward down the left to trouble the Reds on the counter.