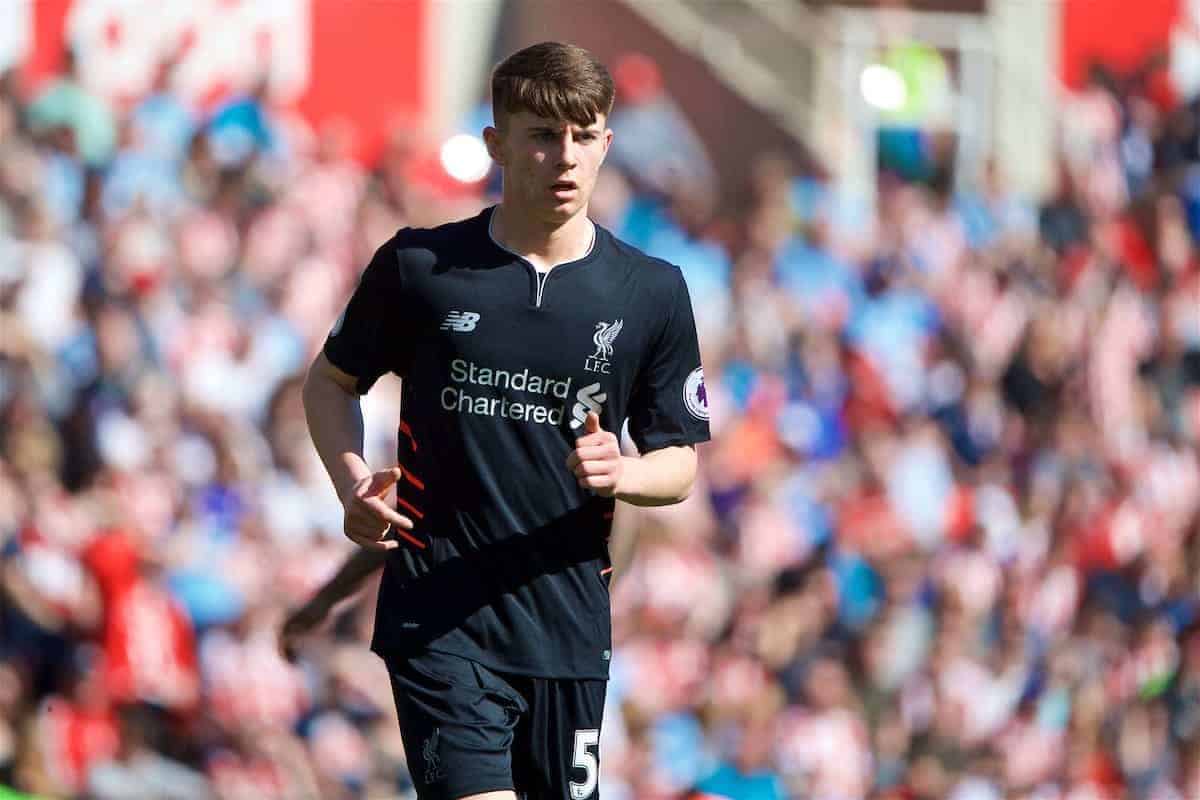 After another landmark day for Liverpool youngsters Trent Alexander-Arnold and Ben Woodburn, Joel Matip has offered praise for the duo.

Alexander-Arnold made his 11th appearance for the club, while Woodburn was handed his full Premier League debut, as the Reds fought back to a 2-1 win away to Stoke City on Saturday.

But after his side went 1-0 down to a Jonathan Walters header in the first half, Jurgen Klopp opted to withdraw the duo.

While their replacements, Philippe Coutinho and Roberto Firmino, went on to seal the victory, neither of Liverpool’s teenagers disappointed at the Britannia Stadium.

Woodburn was particularly busy in attack, and was at the centre of a controversial penalty call waved away by referee Mike Dean, after the Welshman had turned Stoke left-back Erik Pieters.

Though their half-time substitution could have suggested some blame from Klopp, Matip does not believe this to be the case, with the Reds centre-back leaping to his young team-mates’ defence.

“There are 11 players on the field and you cannot say it’s their fault, it’s all [of] our fault, he explained.

“As a team we didn’t play well in the first half and then we tried to change something.

Matip has shifted into a different role as Klopp looks to navigate key absences at this crucial stage of the season, joining Dejan Lovren and Ragnar Klavan at the heart of a three-man defence.

This comes with Jordan Henderson, Adam Lallana and Sadio Mane among those out, with Klopp changing formation in a bid to stabilise the Reds’ defence.

But after their victory over Stoke rounding off a stretch of three games in seven days, Liverpool have a week to prepare for their away clash with West Brom on April 16.

And Matip is relishing the extra time on the training field, with a successful top-four finish in sight.

“I think every team has this small injury list but we have to handle this,” he added.

“Now we have a week to concentrate and prepare for the next game, and I hope most of the team will be available.”

Klopp seems likely to persevere with his new system for the foreseeable future, and it could be that this affords both Alexander-Arnold and Woodburn more game time between now and May.

If this is the case, Matip is clearly confident they hold their own in the starting lineup.