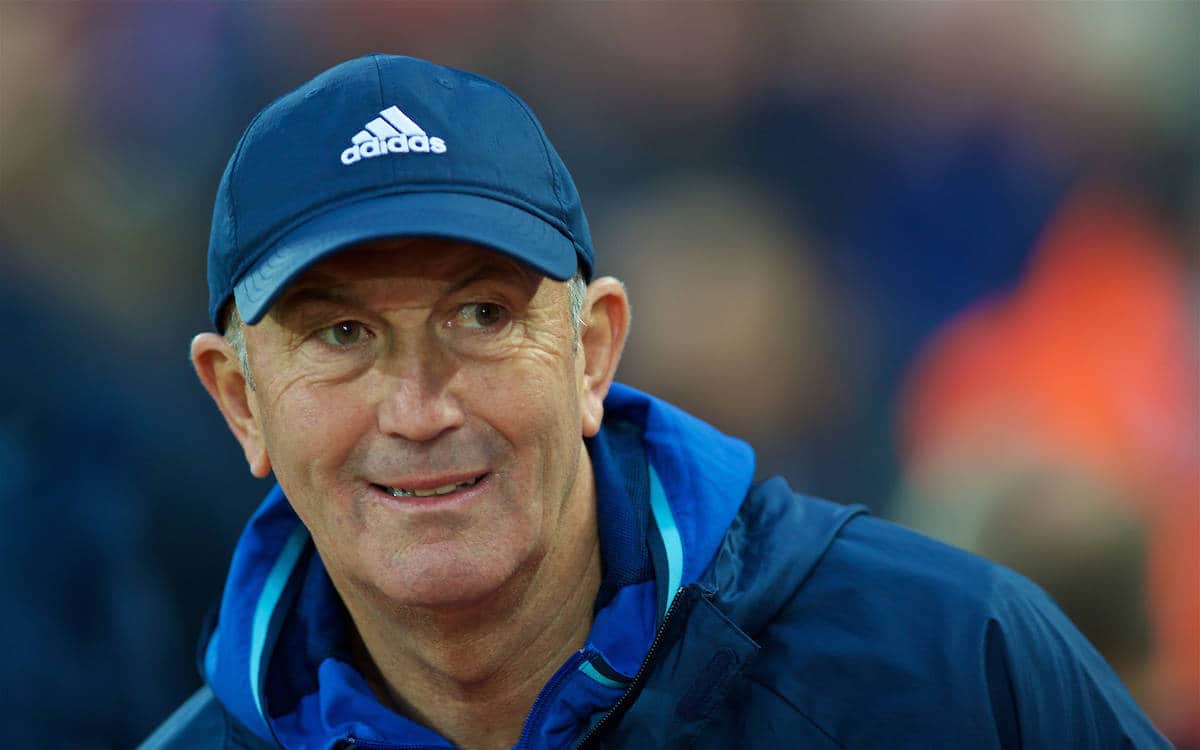 Liverpool are back on the road and face a tough game at West Bromwich Albion on Sunday. Here’s everything you need to know about the Baggies.

No secrets with Tony Pulis and his teams: four in defence, five across midfield and a powerhouse forward. Whether they play a double pivot midfield or one holding player and two supporting through the centre is the only major variation, but in either case there’s plenty of aggression, tackles and work rate. Pulis makes no apology for his team’s industrial, straight-forward approach, and given their lofty top-half position this term, he’s right not to—it works for the team.

It’s a clear philosophy: WBA have the lowest average possession in the Premier League, just 40%, and play the fewest short passes per match. They don’t mind not having it, are happy to stay in shape and demand that teams work hard to break them down, biding their time to strike at the opposite end.

No prizes for guessing where the biggest threat comes from in Pulis’ side: set pieces. In fact, West Brom have scored 18 times from dead-ball situations this term (excluding penalties)—more than any other side in the top flight.

As a result, it’s not just the forwards who have to be watched, but also the defenders when they pile forward.

Pulis has often played an extra central defender at full-back and this WBA side is no different, with Craig Dawson deployed on the right. On the break, Nacer Chadli has been a good addition to the side and the fit-again Matty Phillips has had some big moments for West Brom, with direct running and an impressive final ball contributing to his eight league assists this season—more than any single Liverpool player.

Matching up. It’s too obvious to say “defend set pieces well;” instead what Jurgen Klopp must ensure is that the right players in red are responsible for taking each of Salomon Rondon, Dawson and, most importantly, Gareth McAuley.

The centre-back has six league goals this season and both he and Dawson showed against Arsenal recently how much set-pieces can be a game-leveller.

Runs in behind. Not a natural inclination for some of those in the Reds’ attack, but as well as showing good movement and rotation of positions to drag West Brom‘s defenders out of shape, there has to be vertical penetration to allow through passes—even if it’s just from the edge of the box.

Pulis’ side might well sit deep and crowd out the edge of the area, so constantly making darts behind into the channel to offer a diagonal pass or lofted ball is an absolute must from Liverpool’s forwards.

There might be many of them, but WBA’s defenders aren’t particularly fast or mobile and Arsenal, Everton and Watford have all scored against them recently because of these high runs.

Closing down in the box. West Brom average four shots on target per game at home, and average 1.7 goals per home match. The message is clear: they create high-quality shooting chances, not just from set pieces but by packing the area in certain situations to ensure they have a better chance of the ball falling their way.

If he’s selected in holding midfield, Lucas Leiva will be key: firstly because Liverpool need him to not give away silly fouls in the defensive third, allowing West Brom consistent set piece deliveries, and secondly to stem the creative intent from Nacer Chadli.

For West Brom, it’s McAuley at both ends—he’ll be frustrating the Reds, no doubt, but they also have to keep him at bay in their own box.

Everybody is available, fit and free of suspension.