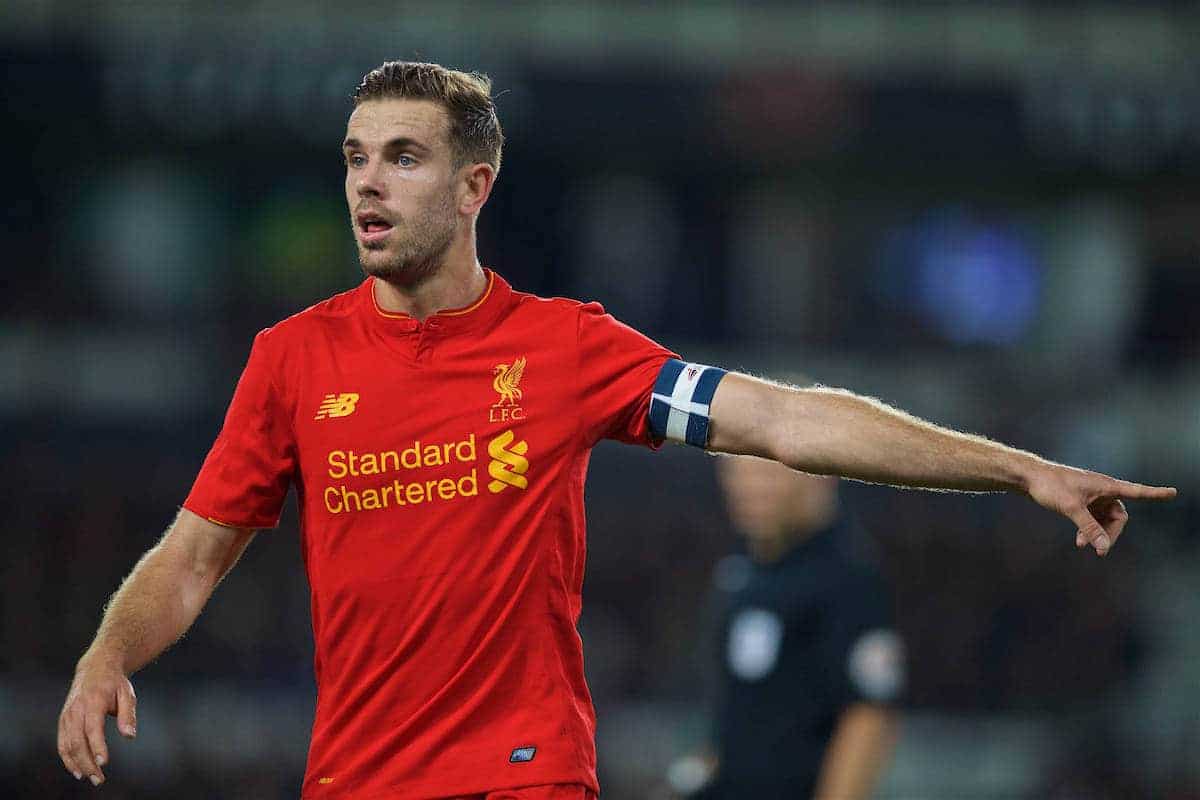 Liverpool midfielder Jordan Henderson is no closer to returning from a foot injury, with the club concerned over the captain’s lack of progress.

Henderson has been absent since February’s 2-0 win at home to Tottenham, picking up the injury in training, though it was initially deemed to be minor.

The 26-year-old has missed the last nine games, with Jurgen Klopp turning to Lucas Leiva and Emre Can as his alternatives in the No. 6 role.

Klopp had previously been hopeful that both Henderson and Adam Lallana would be fit to return before the end of the season, but has since intimated that the former’s season could be over.

That was reinforced on Tuesday, when it was revealed that Henderson had been advised to avoid putting pressure on his foot.

According to the Liverpool Echo, the midfielder is still on crutches, claiming he is “no closer” to making his comeback.

And the Express report that Liverpool are growing “increasingly concerned” about Henderson’s injury, while he is “frustrated at the lack of signs of recovery.”

This is certainly a frustrating situation, particularly given Henderson’s form prior to his injury, and the Reds’ need to secure a top-four finish this season.

Henderson could be one of those to miss out on Liverpool’s post-season trip to Australia to take on Sydney FC, with Sadio Mane and Daniel Sturridge also likely to be out injured.

But Klopp has suggested he would take a full-strength squad, along with the likes of Steven Gerrard and Daniel Agger, to the ANZ Stadium on May 24, despite international fixtures under three weeks later.

“No final decision at this moment. I’m not really in the [loop], but what we can say 100 percent is yeah, we want to present Liverpool as good as possible,” he said.

“It makes sense to import these legends and they’re really happy about it.

“To be honest we will go with pretty much everybody. They will all go there even if they don’t play, they will be involved with other things.

“We are not sure, there are one or two [who could miss the trip], but that involves other things, not international callups.

“No international player is out already so we will show the best and nicest faces of LFC.”

It may be wise to leave Henderson on Merseyside given his injury problems at present, though not being able to travel would be a blow for the captain.

But at this stage, ensuring he is fully fit for next season should be the priority.