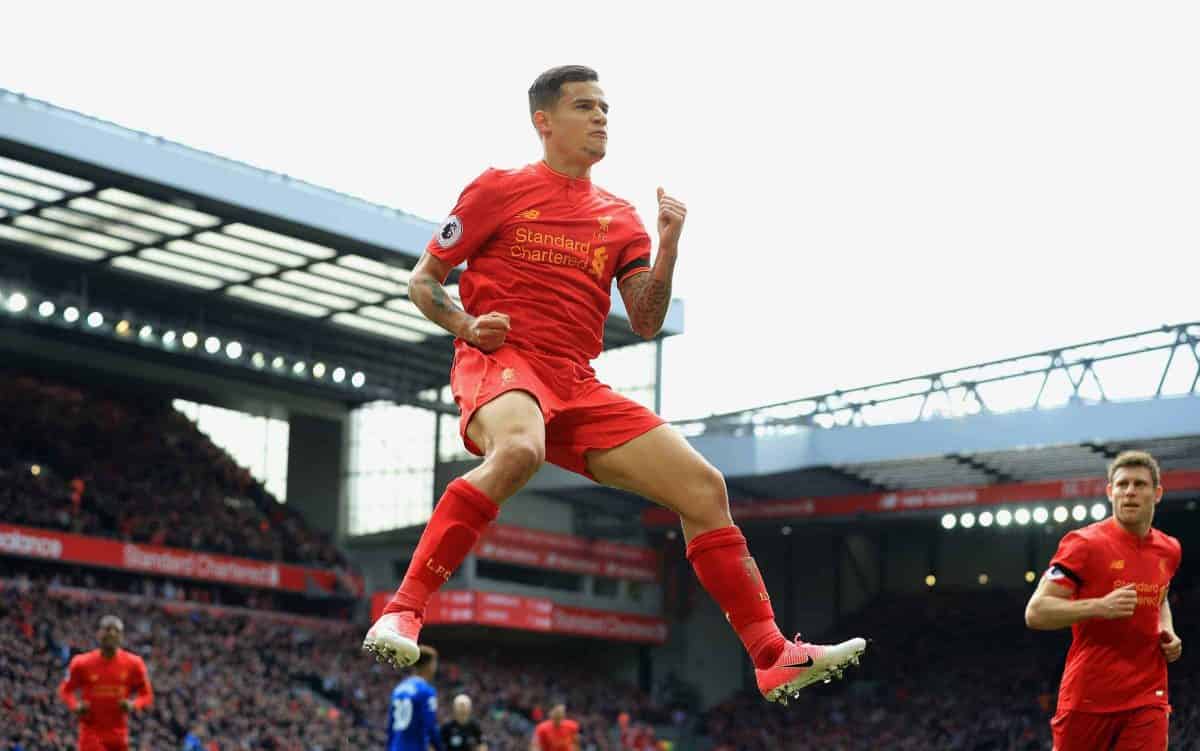 Liverpool picked up a richly-deserved 3-1 victory over Everton on Saturday, as the Reds earned the bragging rights in the 228th Merseyside derby.

Although simply winning a derby is always of huge importance, Jurgen Klopp‘s side knew how vital three points were in terms of the top-four battle.

Many were tipping Everton to get at least a draw at Anfield, but they were comprehensively outplayed by a resurgent Liverpool side.

There was a superb minute’s applause pre-match as Anfield remembered Ronnie Moran with a mosaic on the Kop. After a tight opening to the game, Sadio Mane once again outlined his brilliance with a superb solo run and finish. It was his 13th goal in 29 appearances from out wide, in what has been a great first season on Merseyside. The battle between the two sides was as intense as ever, but the Reds kept the dangerous Romelu Lukaku incredibly quiet. Dejan Lovren, in particular, was magnificent in thwarting him time and time again. The celebration with Mane and Roberto Firmino was glorious……

Sadly, Mane’s second-half injury was a rare negative on a memorable day for Klopp’s men, with the Senegalese speedster potentially out for a significant amount of time.

With nerves jangling inside Anfield, Mane’s replacement Divock Origi scored soon after coming on, firing home emphatically in front of the Kop. It was a great day at the office for Liverpool, and we can now sit back and see how their rivals get on during the rest of the weekend.

Champions League football is feeling more likely after that.