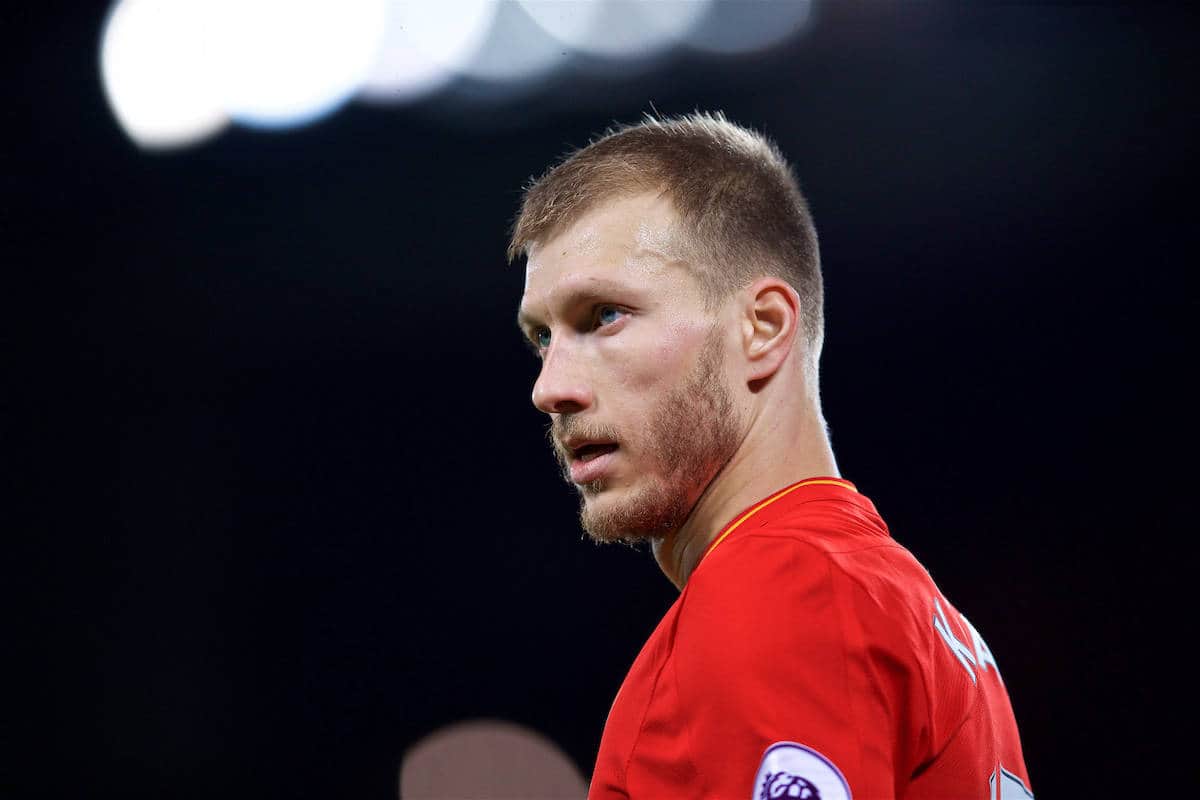 Ragnar Klavan insists Liverpool do not feel vulnerable at set-pieces and claims they have enough team spirit to overcome minor blips and qualify for the Champions League.

A fallibility at corners, free-kicks and long throws is an issue which predates Jurgen Klopp‘s time at the club.

And it was in evidence again when Bournemouth snatched a late equaliser at Anfield to deny the Reds the chance to maintain an eight-point cushion over fifth-placed Arsenal.

Liverpool have conceded set-piece goals in their last two home matches and that record extends way back into the early part of the season.

With matches against Stoke, West Brom, Crystal Palace and Watford to come there is every likelihood they will be tested even more, but defender Klavan believes that holds no fear.

“In a game we don’t feel we are vulnerable in these situations. We have a good formation,” he said.

“It was really disappointing to lose those points [against Bournemouth] but I think we have done better [at set-pieces] and it was just a second-ball situation when we were not there.

“There are going to be some really tough games for us, it could be more physical, but we are one team, we always stick together in good times and bad times.

“This is also the reason I believe we can finish in the top four because of the team spirit.

“We know we have had bad luck this season with injuries and stuff but we keep on fighting with the team spirit.” Despite dropping two points at home to Eddie Howe’s Cherries, Liverpool remain in a strong position of third place.

They may have played more matches than any of their rivals but have a better goal difference than any of the chasing pack and have only teams outside the top seven left to play.

However, beating those sides has been the problem for the Reds this season, with all their five defeats coming against lower-placed opposition.

“It wasn’t good [against Bournemouth] but there are plenty of games left and we have to keep on fighting and believing,” added the Estonia international.

“It is going to be tight. It is not easy and for the lower teams they have the pressure of getting points to stay in the league.

“It makes it interesting, for sure, but either way it doesn’t make it easy for us.”