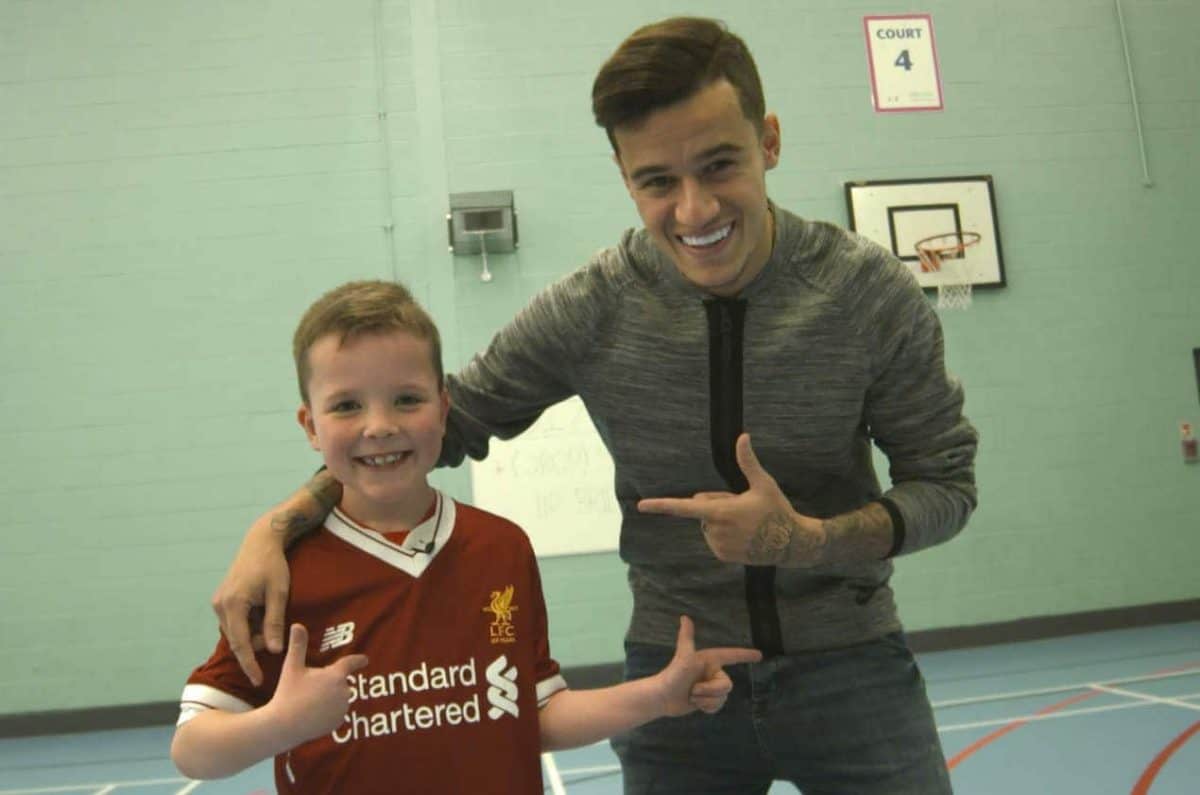 Liverpool’s new home kit was revealed on Thursday morning in a film about four fans that embody what it is to be ‘Pure Liverpool FC’ – the kit campaign for the 17/18 season.

The four Reds, each with their own unique story, were surprised by a visit from one of their LFC heroes and were the first to receive the LFC home kit.

Robbie Fowler – not that one – is a fan who travels up from Stafford for every home game to follow the Reds. He was handed his new shirt by midfielder Gini Wijnaldum.

A nice move by the club and a lovely video.

* You can purchase the new kit from the official LFC store here.