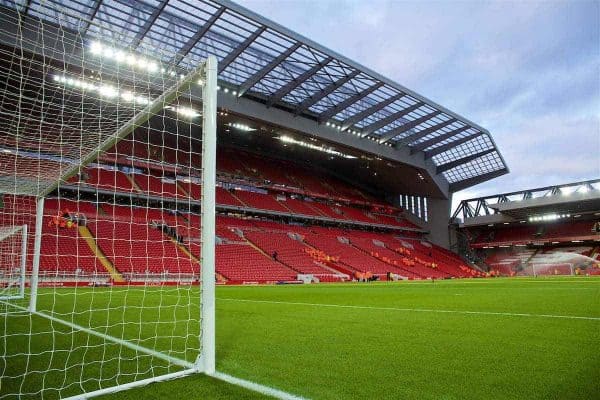 Here’s how to watch Liverpool vs. Bournemouth in the Premier League live online and around the world on Wednesday night.

The Reds are looking to take a firm grip of their aspirations of a top four finish — three points against the Cherries would put Liverpool eight points clear of fifth placed Manchester United.

With Tottenham traveling to Swansea and Chelsea hosting Man City also on Wednesday night, the top of the table could look very interesting by the end of the evening.

At the other end of the table, Bournemouth are battling against being dragged into the relegation zone and recent victories over West Ham and Swansea, as well as draws at Man United and Southampton have helped their cause.

Liverpool vs. Bournemouth is not being televised in the UK. The best way to keep up to date with the match is on the This Is Anfield app for iPhone and Android, where there’ll be team news, a live blog and match reaction. It’s free to download here.

Liverpool vs. Bournemouth is being shown live on NBC SN in the US, which is available to live stream with FuboTV.