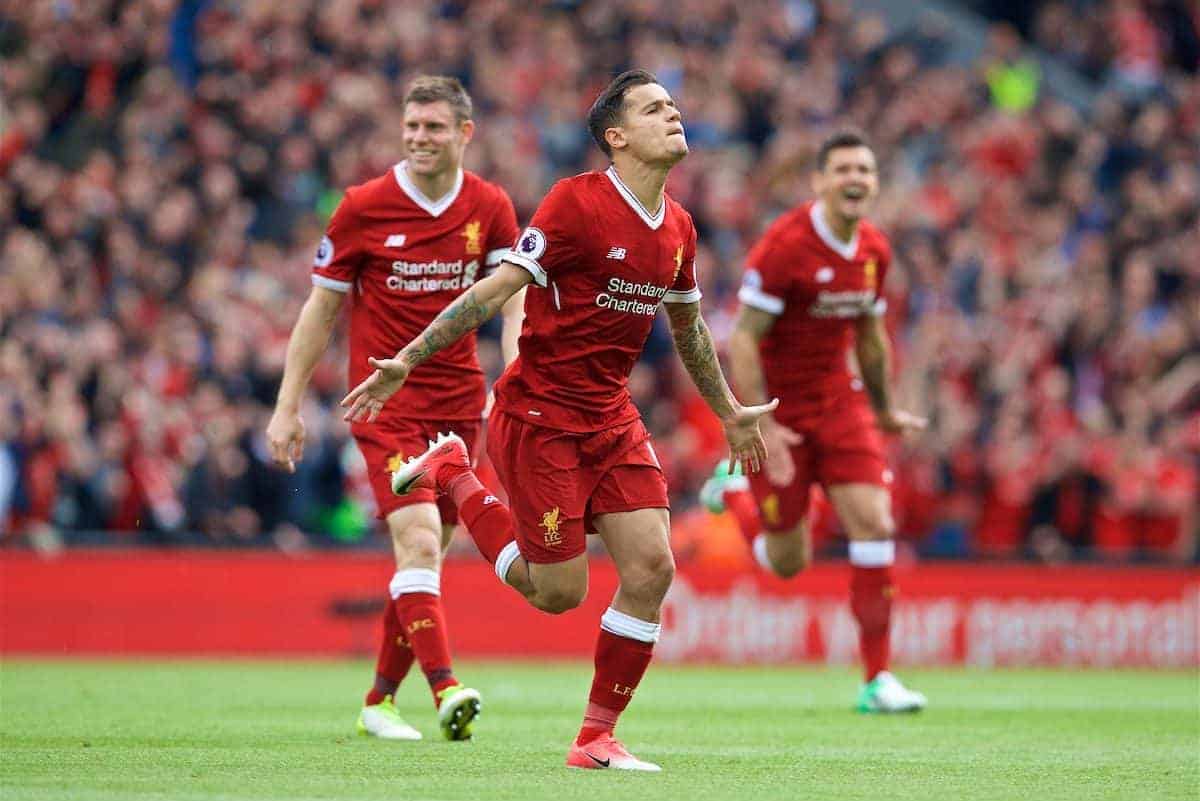 Liverpool qualified for the Champions League for the first time since 2013/14 on Sunday, thanks to an emphatic 3-0 win over Middlesbrough.

The Reds finished their season in style at Anfield, with the three points ensuring Jurgen Klopp‘s men sealed a top-four finish.

Gini Wijnaldum set Liverpool on their way to a crucial win in first-half stoppage time, before further efforts from Philippe Coutinho and Adam Lallana put the game to bed.

It wasn’t the greatest performance, with nerves evident throughout the first half, but the Reds got the job done in a professional manner.

The players were understandably jubilant after the game, sharing their joy on social media.

Perfect way to end the PL season!! Thank you for the support ???@ChampionsLeague i see you ???#YWNA ?? pic.twitter.com/96EgjUe1N8

Great feeling to celebrate with the fans after achieving our objective!! #top4 #championsleague #YNWA ????????? pic.twitter.com/UKHDNkulYP

Eventful season but was a great way to end it !!! ??? #YNWA pic.twitter.com/24sRIscMVp

Great feeling to celebrate with the fans after achieving our objective!! #top4 #championsleague #YNWA ????????? pic.twitter.com/uPaFFkqzSB

Nice to be back and share the last game of the season with my family. Champions League football returns here next year! Congrats @LFC!!! pic.twitter.com/QOe53k7p2Y