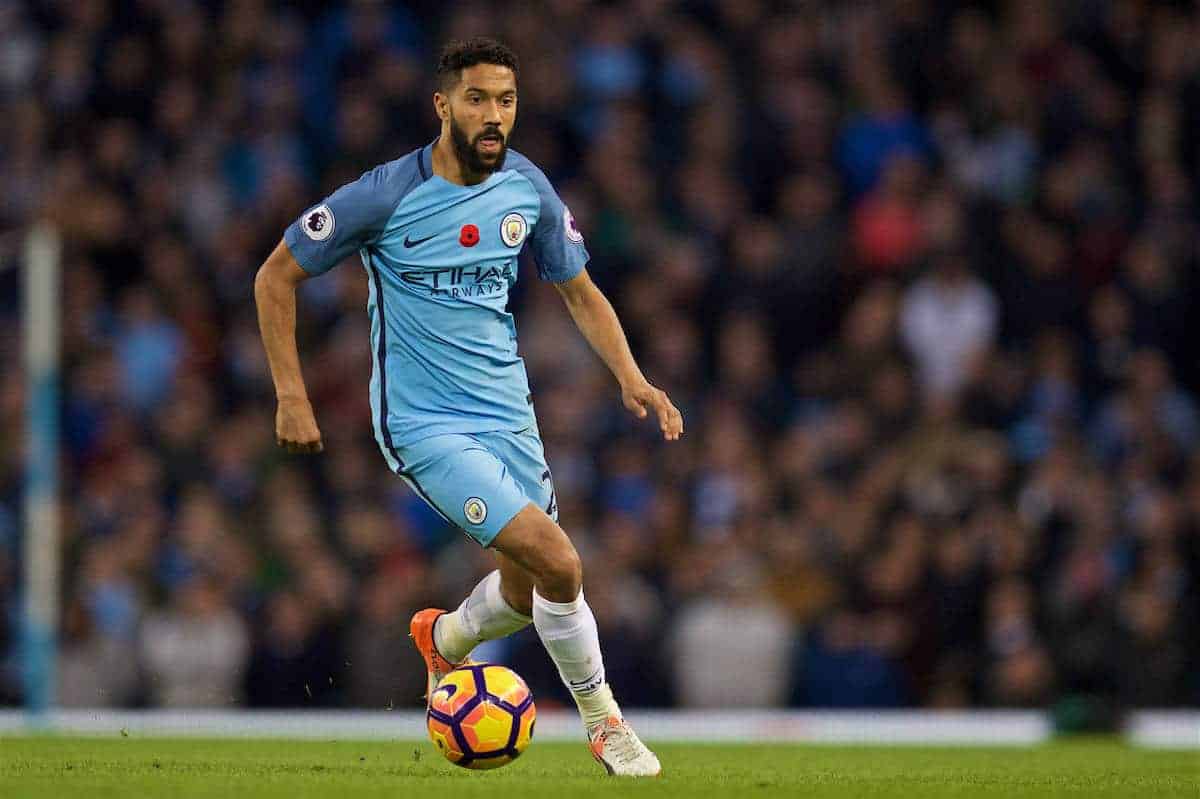 Liverpool were reported to be interested in Man City left-back Gael Clichy, but it’s a claim that’s already been rubbished.

While it’s no secret that the Reds are looking to add to their squad in the left-back area, there has been a theme running throughout the reported list of targets: Andrew Robertson, Ryan Sessegnon, Benjamin Mendy.

They’re all young, dynamic and technically impressive; Robertson, the eldest of the trio is just 23, while Mendy is 22 and Sessegnon just turned 17.

With news of the chase for the Fulham man turning south on Tuesday it was perhaps inevitable that new rumours and targets would emerge in the coming days—but a move for 31-year-old Gael Clichy remains a surprise.

The Mail reports the Reds switching their attentions to the French full-back and offering a two-year deal.

Having left the Etihad at the end of this season, Clichy is available on a free transfer—an obviously appealing point.

But considering City finished just one place and two points above the Reds, and Clichy played around 2,100 minutes for them (comparable with the oft-injured Jordan Henderson), is he really the step-up Jurgen Klopp is searching for?

Experience is a requirement in areas of the squad, and Clichy is a title-winner, but left-back happens to be the position where the Reds already have their joint-oldest player in place, with 31-year-old James Milner.

With Alberto Moreno seemingly not trusted, and Milner an able body and willing worker but lacking in the finer points of offensive full-back play at times, it remains clear the Reds will look to add another new face.

But Clichy seems way off track, a complete departure to the approach Klopp has generally taken, and it would be extremely surprising if the reported interest went any further.

* Update: The Echo have also rubbished interest in Clichy, which makes sense.