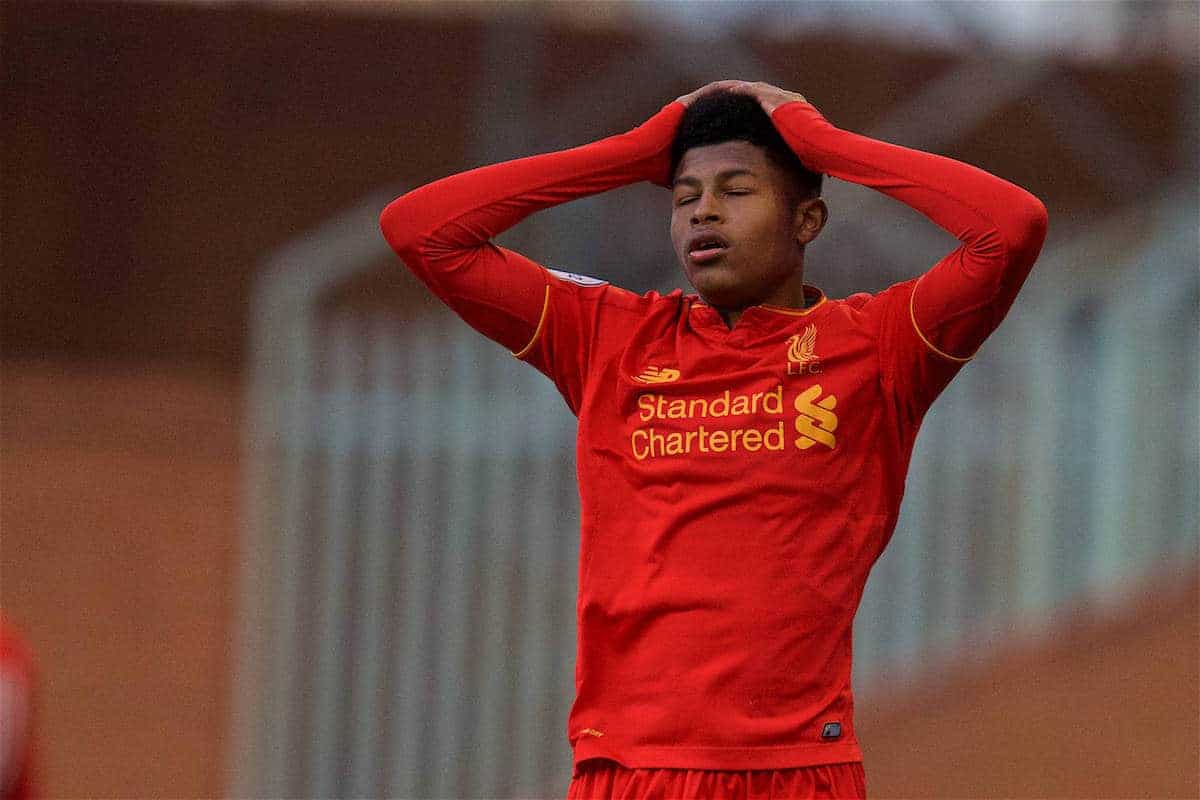 The Young Lions took to Varazdin on Friday evening, looking to secure their third U17 Euro title against a side littered with high-potential talent.

Heading into the final with a perfect record, having already put Norway, Ukraine, Netherlands, Republic of Ireland and Turkey to the sword, England will have been hugely confident.

Ex-Liverpool academy coach Steve Cooper’s side had scored 13 and conceded just two in their previous five games, with Brewster one of the standout stars alongside Man City playmaker Jadon Sancho.

Brewster made his sixth consecutive start, lining up in his natural No. 9 role.

England got off to a great start, with Chelsea forward Callum Hudson-Odoi latching onto a great through ball from Sancho to curl an excellent strike beyond Alvaro Fernandez to grab the lead.

Spain equalised just before the break, however, with Barcelona right-back Mateu Morey scoring his third goal of the Euros.

But City midfielder Phil Foden put England back in front early into the second half, with his low, powerful drive soaring into the bottom corner.

The opposition levelled in dramatic fashion at the death, with Nacho Diaz heading home a last-gasp corner to send the final to penalties.

Unfortunately, Brewster saw his spot-kick hit the post in a 4-1 defeat, as one of England’s most talented youth groups failed to grasp the U17 Euro trophy.

Two more young Reds players will be hoping to bring England tournament success this summer, with Ovie Ejaria and Sheyi Ojo set to kick off their U20 World Cup campaign on Saturday.

Paul Simpson’s side take on Argentina in their first game of Group A, before clashes with Guinea (May 23) and hosts South Korea (May 26).

Ejaria and Ojo both struggled for the Reds in 2016/17, fighting for fitness throughout, but they can look to put their troubled campaigns behind them at the World Cup.

Involvement in Croatia saw Brewster’s Liverpool campaign cut short, but he could be involved in the post-season friendly away to Sydney FC on May 24.

The 17-year-old has a bright future ahead of him, with Friday’s loss a mere setback for the teenager.