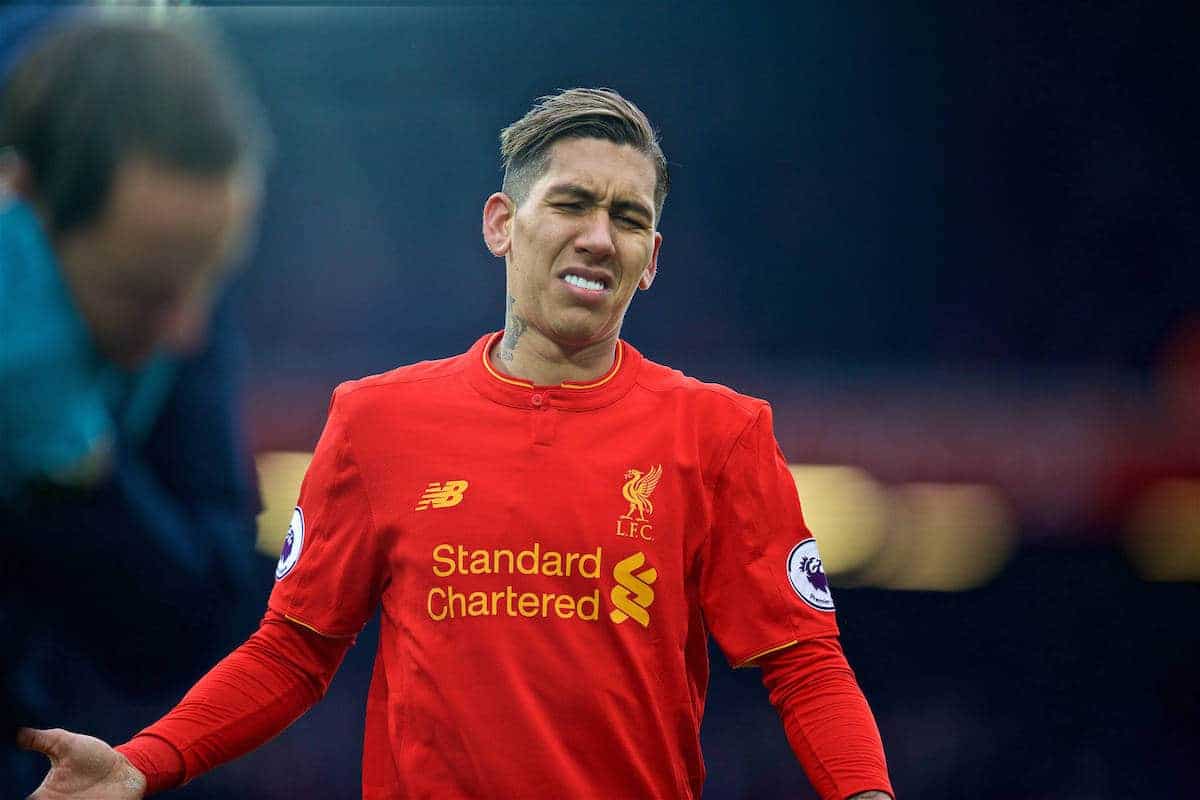 Firmino was left on Merseyside for last weekend’s trip to West Ham, with Daniel Sturridge taking his place and scoring the opener in a 4-0 victory.

Speaking after the game, Jurgen Klopp said the Brazilian had a “bigger chance” of returning for the final day of the season at Anfield.

But with Firmino not pictured in training in midweek, the Liverpool Echo have revealed he is still a doubt to take on Steve Agnew’s relegated Boro.

This would be a big blow to the Reds, with Firmino this season’s third-highest goalscorer, with 12, and also the joint-top assist-maker, with 10.

Sturridge took part in full training on Wednesday, however, and would likely keep his place in the starting lineup if Firmino isn’t fully fit.

Liverpool created 19 chances on Sunday at the Olympic Stadium, more than in any Premier League game since Sturridge’s last starting appearance against Sunderland on January 2.

The impact his movement, energy and creativity have in the final third is vast, and he creates a different dynamic to Firmino.

It would be intriguing to see if Klopp keeps his faith with the 4-4-2 diamond formation he deployed in east London, too, given how effective it proved. Another encouraging presence in training on Wednesday was 18-year-old academy playmaker Yan Dhanda, who joined his senior colleagues for a rare Melwood appearance.

Dhanda has largely turned out for the Liverpool U18s this season, but is expected to make the step up to the U23s on a full-time basis in 2017/18.

But his inclusion at Melwood could suggest he has a brighter future under Klopp, too, following in the footsteps of Trent Alexander-Arnold, Ovie Ejaria, Ben Woodburn, Harry Wilson and Rhian Brewster.

Kevin Stewart was also pictured in training despite being previously reported to have been ruled out for the rest of the season, while regular doubts Joel Matip, Dejan Lovren and Lucas Leiva all took part.

Liverpool head into Sunday’s game knowing three points will guarantee a top-four finish, while matching Arsenal‘s result at home to Everton will do the same.