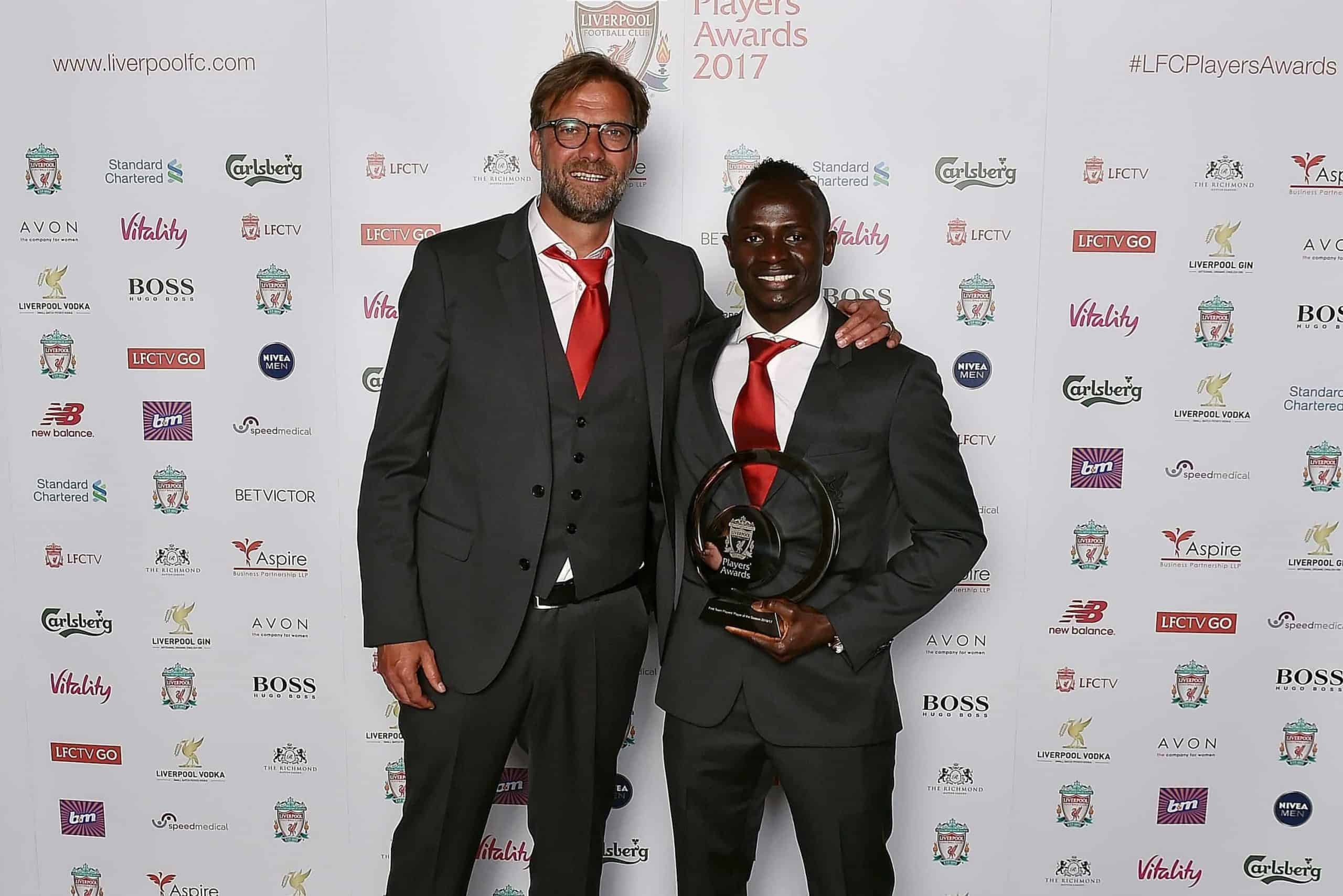 Catch up with all the winners from Liverpool’s end-of-season awards, where Sadio Mane picked up two honours for his breakthrough campaign.

Mane, was named supporters’ Player of the Season at the club’s annual Players’ Awards which were held at Anfield’s newly expanded Main Stand.

The Reds’ top scorer walked away with two awards, having also been named the First Team’s Player’s Player of the Season following his outstanding debut season with Jurgen Klopp’s side.

Winners of other player accolades included 18 year-old defender, Trent Alexander-Arnold, who received Young Player of the Season after making his senior debut for the club this season.

Such was the admiration on the Kop for ‘Sir’ Roger Hunt during the 1960s that the prolific striker was bestowed with an honorary knighthood by Liverpool supporters after he was the only Red in the starting lineup when England won the World Cup in 1966. LFC’s Rome ’77 team were also honoured on the night and took home the Outstanding Team Achievement Award for their emphatic victory against Borussia Mpnchengladbach and their unwavering devotion to the Club over the years.

Watched by a 57,000 strong crowd, the team took the Reds to victory in the 1977 European Cup final with a thrilling 3-1 win, to secure the Club’s first European Cup title.

The award was presented by former captain and now U18s manager, Steven Gerrard, who paid a fitting tribute to his boyhood heros.

The final award of the night was the Club’s inaugural Special Recognition Award, presented to Lucas Leiva by Club Legend and non-executive director, Kenny Dalglish, as Lucas celebrates 10 years at the LFC this month.