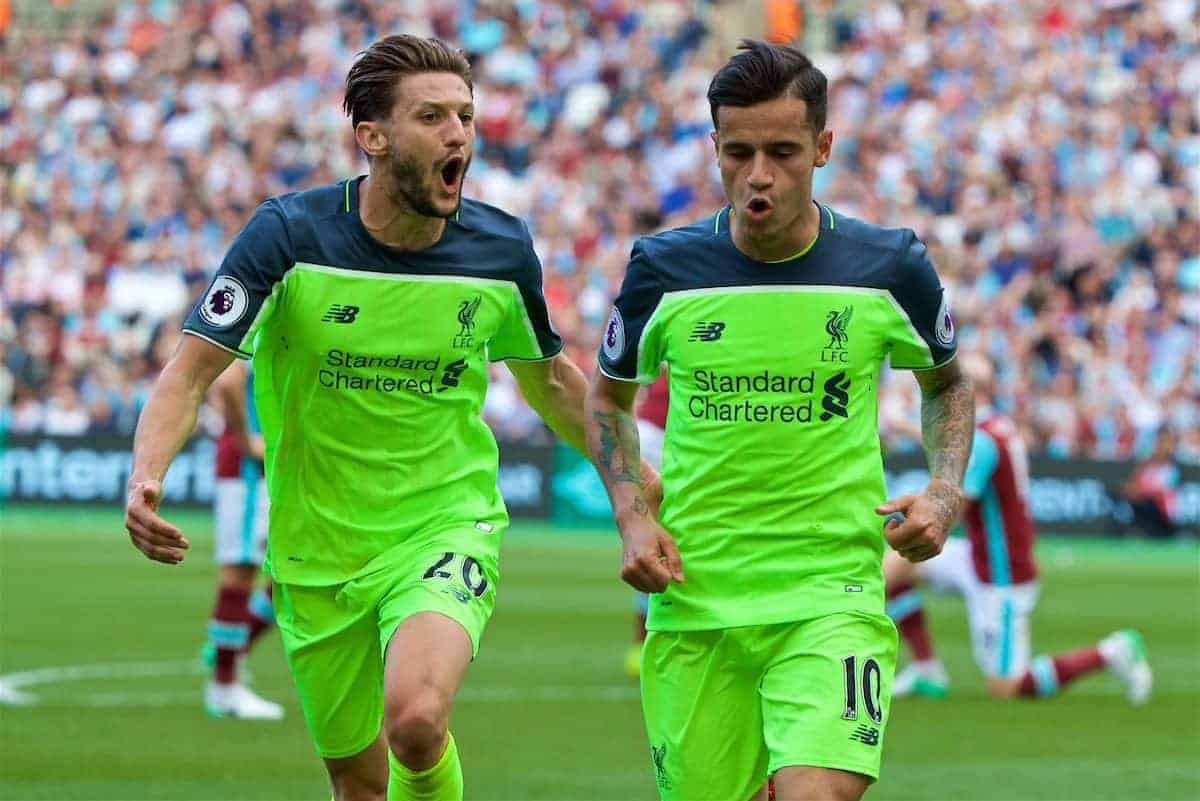 Simon Mignolet believes Philippe Coutinho may have found a home in Liverpool’s midfield, after he starred in Sunday’s 4-0 win at West Ham.

Coutinho moved into a deeper role alongside Georginio Wijnaldum in Jurgen Klopp‘s 4-4-2 diamond, as the Reds ran rampant in east London.

The Brazilian laid on Daniel Sturridge‘s opener with a sumptuous, long-range through ball, before scoring two of his own on the way to a crucial win away from home.

Mignolet, who kept his fourth clean sheet in five games for the Reds, was largely able to watch on and admire as Coutinho tore the Hammers apart.

“In that position he gets more touches of the ball and it worked well,” he told the Liverpool Echo.

“They can’t really put one marker on to him. Philippe can distribute the ball in a brilliant way.

“In the Premier League you need creative players to open games up.

“You look at Chelsea, they have Eden Hazard. Man City have Raheem Sterling, David Silva or Kevin de Bruyne.

“Philippe’s pass put the first goal on a plate for Daniel. That made it a different game. He’s a good boy who works hard. He’s very important to us.

“It was a big positive that he signed that new contract. We all hope he stays at Liverpool for many years to come.” Coutinho created six chances for his team-mates on Sunday, more than in any other Premier League game in 2016/17 so far, levelling his best output for any league game since joining Liverpool.

This highlights the increased influence he is able to exert in a deeper role, with more space to dictate play and spray passes.

Jurgen Klopp has suggested this will be Coutinho’s long-term duty on Merseyside, with the German targeting another winger in the summer transfer window.

The prospect of Coutinho operating behind an attacking trio of Sadio Mane, Roberto Firmino and, potentially, Mohamed Salah, is a mouthwatering one, blending creativity, pace and industry.

It would be reminiscent of the last time Coutinho was regularly fielded in a deep-lying role, in the successful campaign in 2013/14, behind Raheem Sterling, Daniel Sturridge and Luis Suarez.

Klopp’s avoidance of the diamond in recent weeks, instead opting to utilise one of Firmino or Divock Origi out of position, now seems something of an oversight.

But after Sunday’s successful audition, Coutinho looks primed for a new role in the Reds’ midfield.