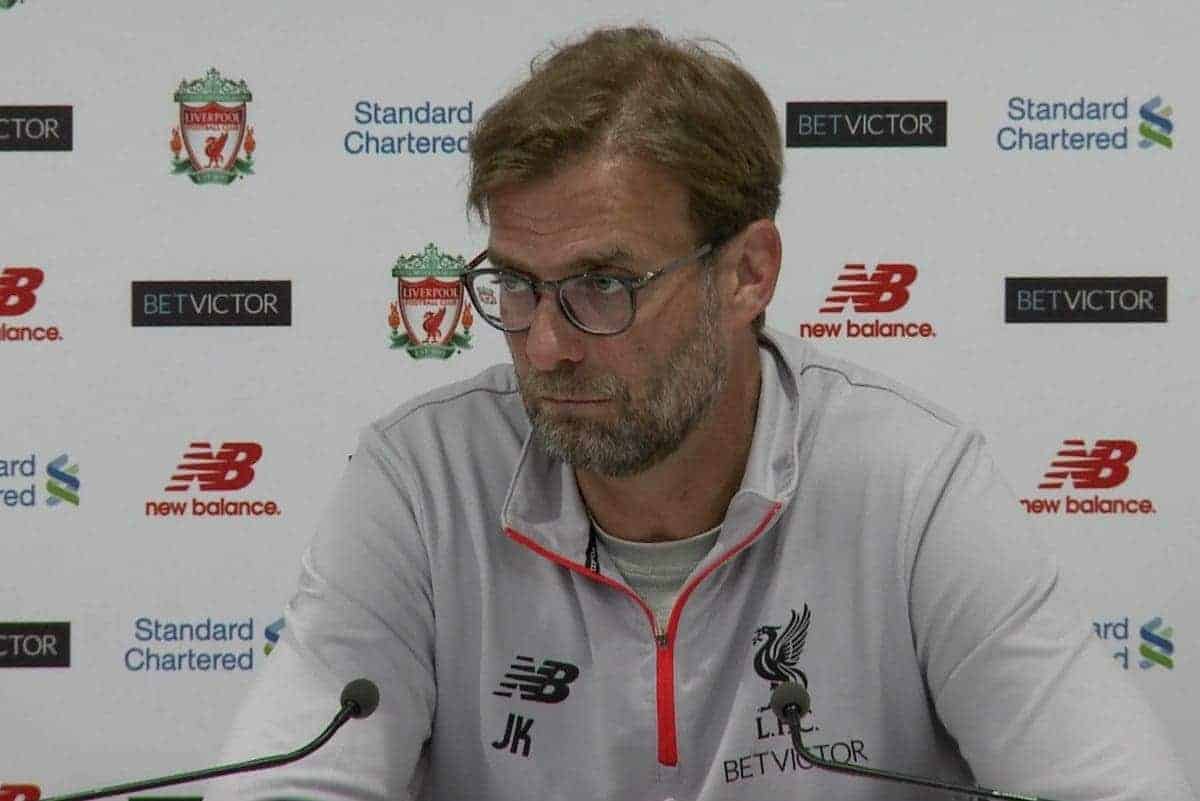 The Reds were unable to breach a well-organised Saints defence, with James Milner seeing his second-half penalty saved after Jack Stephens was adjudged to have handled the ball.

When Liverpool were in desperate need of all three points at home, with Man City beating Crystal Palace 5-0 on Saturday and Man United and Arsenal in action later in the day, they faltered.

And speaking to reporters after the game, Klopp said “it’s not the end of the world, [but] it’s not exactly what we wanted.”

The German praised Southampton‘s discipline, with Claude Puel’s side quelling the red tide throughout, but his disappointment at a lack of cutting edge was clear.

Klopp was critical of the performances of referee Bobby Madley and fourth official Anthony Taylor, with Liverpool certainly not getting the rub of the green at Anfield.

He also questioned the length of stoppage time in the second half, with Madley giving just four minutes despite a series of delays from the Southampton players.

But ultimately, Klopp can only be frustrated with his side’s performance, and focussed on securing six points and hoping for the best as the top-four race takes shape.

“Two [wins] would not be bad,” he explained, “but it really makes sense that first of all we’re really concentrated on West Ham.”