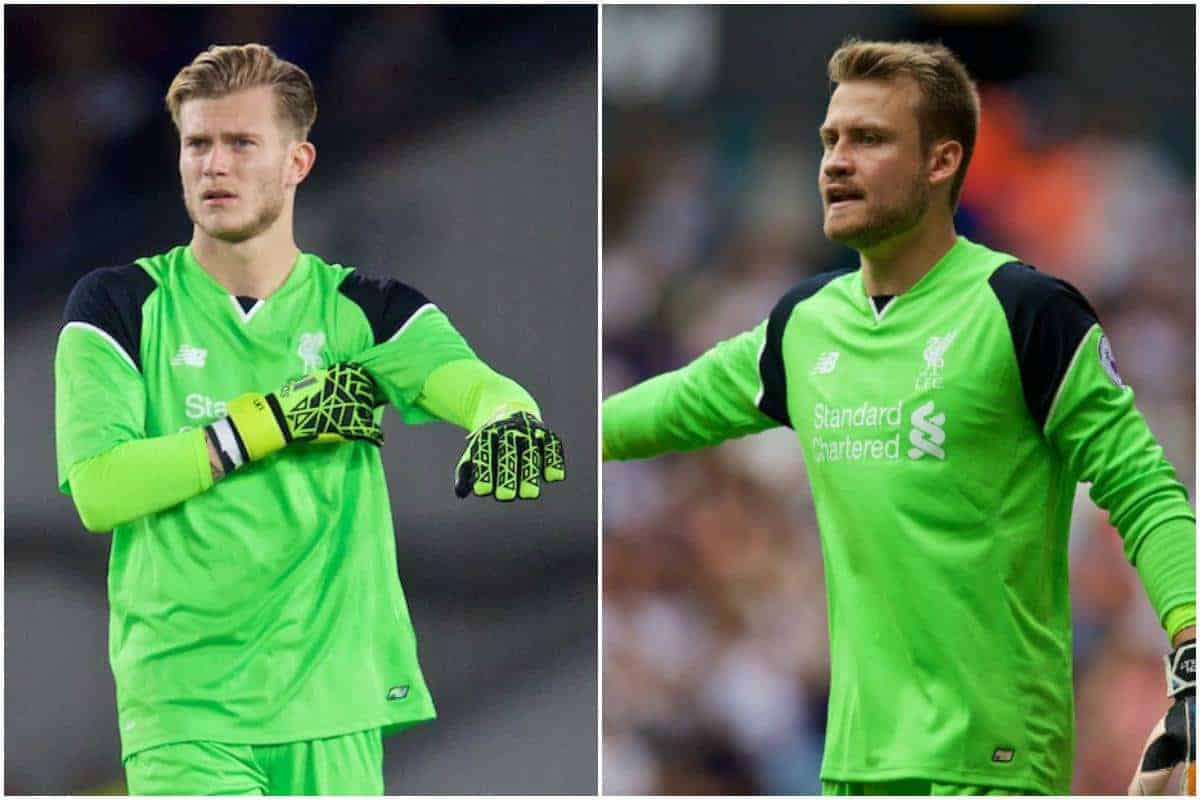 Simon Mignolet and Loris Karius‘ best moments from 2016/17 have been recalled via the magic of YouTube.

The two Reds ‘keepers enjoyed differing levels of success during the season, as they tussled for the first-choice jersey.

Karius’ season started with injury, but he replaced Mignolet in September—only for his own form to leave a lot to be desired.

From the moment Mignolet came back into the team he was excellent, with the Belgian playing a key role in Liverpool qualifying for next season’s Champions League.

The above video counts down the 10 best saves the duo made throughout the campaign, with some absolute beauties thrown in.

Mignolet’s penalty save to deny Theo Walcott on the opening weekend gets the ball rolling, with his excellent stop from Zlatan Ibrahimovic’s free-kick next on the list.

Karius makes his first appearance at number eight, with his thwarting of Southampton‘s Nathan Redmond in the League Cup semi-final first leg making the cut.

Mignolet’s best performance of the season came away to Stoke City last month, and his first stop from that game to make the list saw him keep out former Reds midfielder Charlie Adam.

In at number six is the Belgium international’s save to deny Tottenham‘s Son Heung-min in front of the Kop, and starting the top five is his save from Diego Costa’s spot-kick.

It is no surprise to see Mignolet dominate the list, given his form and playing time, and his brilliant stop from Olivier Giroud’s header in March enters at number four.

Ex-Liverpool favourite Joe Allen was denied brilliantly by the feet of Mignolet in the 4-1 win over Stoke City, with it rated Liverpool’s third-best save of 2016/17.

The runner-up spot goes to Karius, who once again kept out Redmond in January, in his best performance for Liverpool to date. In truth, second-place is generous.

There can only be one winner, though, and it is a more than deserving number one.

It was a genuinely world-class stop by a goalkeeper enjoying his best spell in a Liverpool shirt.