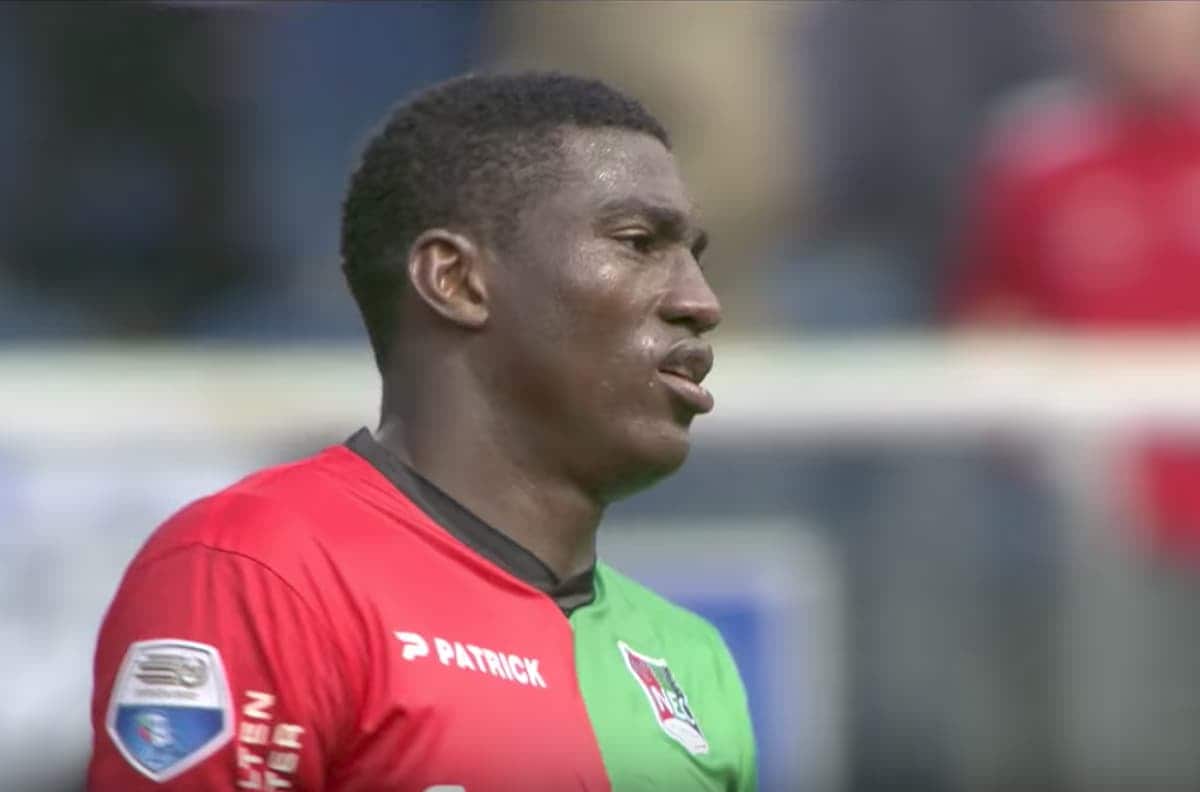 Liverpool striker Taiwo Awoniyi could be set to join an English club on loan this summer, if the club can secure him a work permit.

Awoniyi joined the Reds from the Imperial Soccer Academy in a deal worth £400,000 in 2015, with the striker immediately loaned to German side FSV Frankfurt.

The 19-year-old made a big step up to switch over to NEC Nijmegen for the 2016/17 Eredivisie campaign, and impressed sporadically.

However, while he scored late goals against AZ Alkmaar and SC Heerenveen in May, Awoniyi still only played 955 minutes in the Dutch top flight, averaging 54 minutes per outing.

A tall, strong striker with an instinctive finishing ability, it remains to be seen whether Awoniyi features in Jurgen Klopp‘s plans at Liverpool.

But according to Own Goal Nigeria, the Reds are hoping to send the Nigerian on loan to a side in England for next season.

They claim that Awoniyi is not expected to return to Melwood for pre-season, but with three years left on his contract, the club are hoping to enhance his ability with a domestic loan.

Liverpool face an uncertain period as they apply for a work permit, hoping Awoniyi qualifies under exceptional circumstances. But given Awoniyi’s lack of game time at both Frankfurt in 2015/16 and NEC last season, and his questionable future at Liverpool, it seems unlikely an appeal will be considered.

The Reds face a similar situation with Brazilian midfielder Allan Rodrigues, who despite moments of quality on loan with Hertha Berlin last term, won’t qualify for a work permit this summer.

Allan will be required to depart on another loan spell in Europe, but while Liverpool were eager to seal another deal with Hertha, they failed to agree terms with the Bundesliga side.

Awoniyi’s position at Anfield is a confusing one, as he is yet to even step foot onto the Melwood training pitch almost two years on.

Ben Woodburn and Rhian Brewster can also be considered ahead of Awoniyi, with Klopp lauding the young pair for their quality this month, and calling for them to make the “next step” in 2017/18.