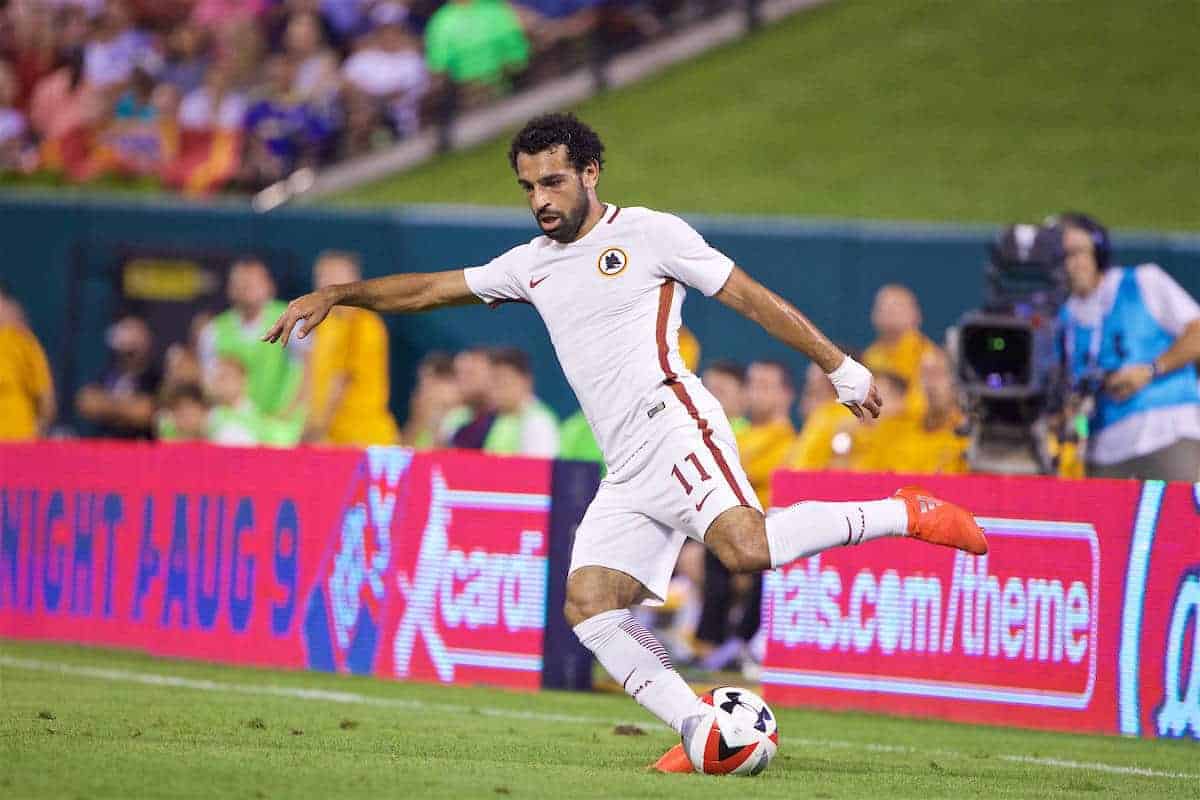 Roma have reportedly rejected a £28 million bid from Liverpool for winger Mohamed Salah.

The Daily Mail‘s Dominic King writes that “Liverpool have failed with their opening bid of £28million to sign Mohamed Salah from AS Roma.”

Salah joined the Italian side for a reported 15 million euros last summer after a successful loan from Chelsea in 2015/16.

He scored 19 goals in all competitions last season, assisting 15, and Roma are said to want closer to £40 million for the Egyptian.

The 24-year-old almost joined the Reds two and a half years ago but eventually joined Chelsea, with the player himself explaining earlier this year why the deal fell through:

“Liverpool had wanted me for a number of months. They had opened talks in October 2013.

“Negotiations took a long time, because Basel rejected more than one offer. They felt the transfer fee was not that high. I was waiting for Liverpool [to agree terms with Basel] because I really like Liverpool. I was eager to join them.

“But then I received a phone call from Mourinho and that changed everything. He explained the situation to me and told me that he needed me at Chelsea. That was one of the main reasons why I joined Chelsea.

“Mourinho told me that he thought I was a good player and that he wanted me to pick Chelsea.”

Salah’s current contract expires in 2019. There have been suggestions that Salah’s agent has already agreed personal terms with Liverpool on a trip to England earlier this week.