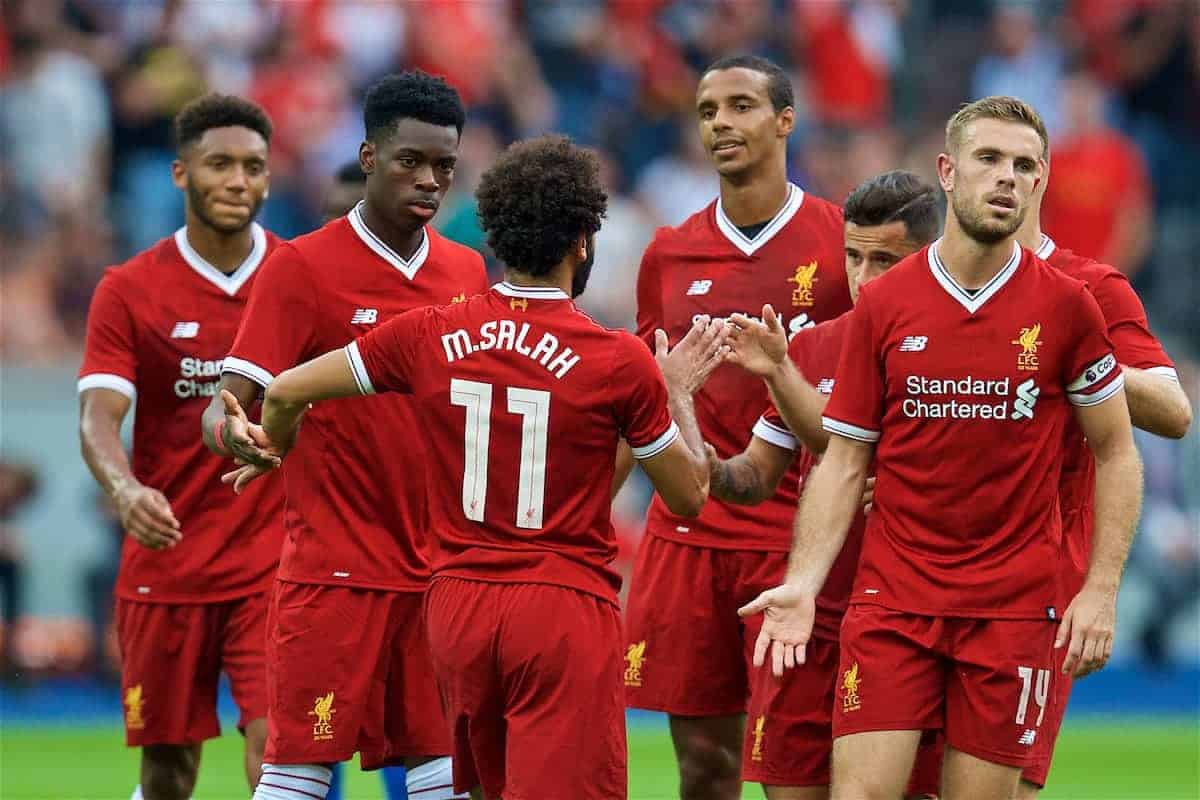 Liverpool marked the club’s 125th anniversary with a comfortable 3-0 victory over Hertha Berlin in Germany on Saturday evening.

On a fine evening in Berlin, it was Dominic Solanke who broke the deadlock for Liverpool with a looping header, following a precise chip from Adam Lallana on the right.

Gini Wijnaldum then doubled Liverpool’s lead before half-time as the Reds rounded off a commanding performance in the opening 45 minutes.

Substitute Mohamed Salah scored Liverpool’s third goal after some smart linkup play with Philippe Coutinho, wrapping up the victory with a dinked effort on the run.

Liverpool were in full control and they saw out the game comfortably to win 3-0 at the Olympiastadion.

Fans couldn’t wait to see Mane back in action…

Emre Can as the pivot, Phil left wing not CM. Hopefully Salah is on the pitch at the same time as Mane, & we see plenty of new boy Robertson

“Yipee! Mane and Salah on the wings. Damn! Who would want to miss this?”

Match day. Buzzing to see Mane, Coutinho, Salah & Firmino all link up together ??

But everyone was talking about Solanke following his opening goal…

Thank you @ChelseaFC for Solanke

Great goal by Solanke, and a wonderful assist by Lallana. This team is just great to watch nowadays! ????????#LFC #YNWA

“Solanke is certainly making a very strong case for himself!”

And Emre Can caused a stir too…

And get that Emre Can contract boxed off please Reds..

Wijnaldum’s goal was even better than Solanke’s—and it was away from home!

OH YES! A goal from Pressing!!!! Solanke wins the ball back, plays into Mane who lines up Gini – what a finish that is!

Gini must have shot from Anfield surely?????!

“Love how Gini faked curling a shot in the top corner but then placed it in the opposite bottom corner.”

– Pecl on the forums.

That's a class finish by Wijnaldum..

Andrew Robertson made an impression on his unofficial debut…

What a cross by Robertson #LFC #preseason

And fans were delighted to see Salah, Firmino and Coutinho link up together again…

Firmino, Sturridge and Salah up top… tasty that!

“Salah, Firmino and Mane look so good in attack together. Can’t wait to see them in action next season.”

Coutinho in the middle of the park brings a totally new dimension and gets him more involved. His talent is absolutely off the scale.

– SidLFC on the forums.