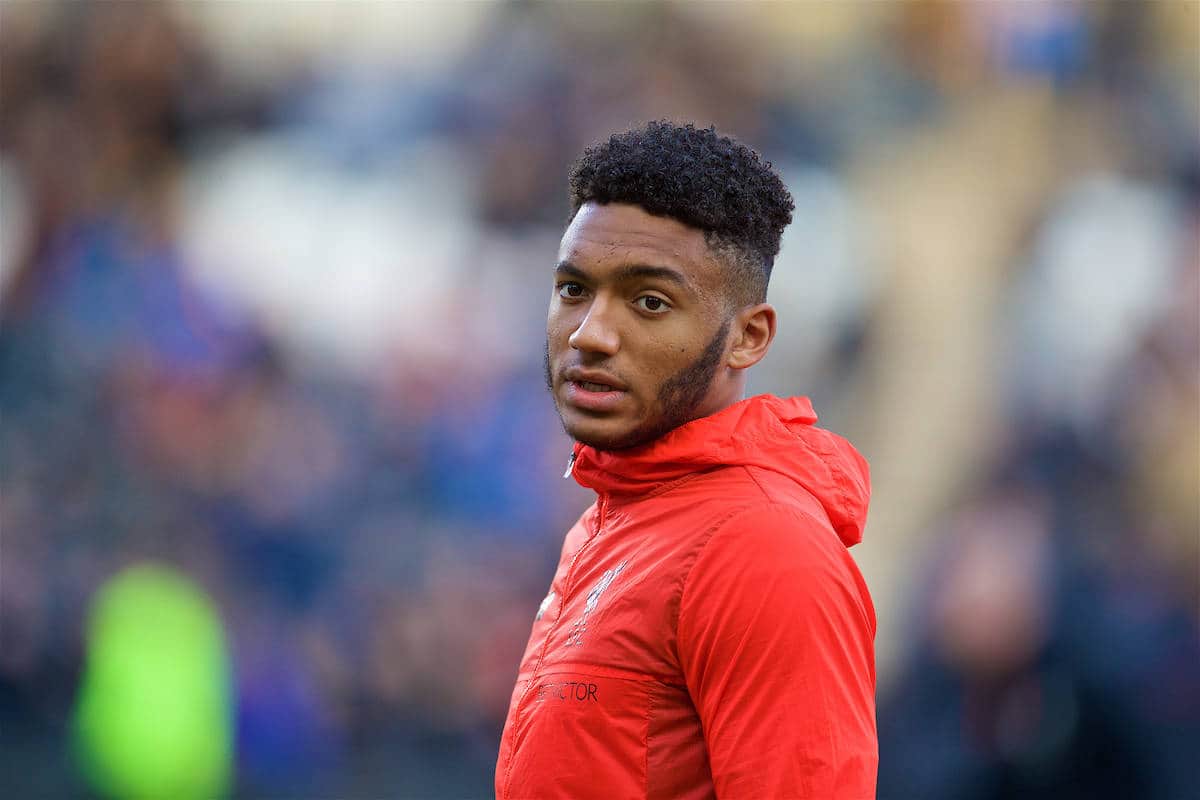 The 20-year-old has spent much of the past two seasons out of first-team action, having suffered an ACL injury in 2015, playing just 270 minutes under Klopp so far.

He was part of the small group to return to Melwood on Wednesday morning, however, having opted out of duty with the England U21s at this summer’s European Championship in Poland.

And speaking to LFCTV on the training pitch, Gomez provided an update on his fitness and settling back in at West Derby.

“Obviously you have bits when you’re anxious about the running, because it’s going to be difficult,” he said after the squad’s initial tests.

“But it’s all part of it and you look forward to getting the balls out and going again.

“[Fitness is] the main thing. You don’t want to take it for granted because you enjoy your job and you enjoy being here, but it’s just nice to be on the pitch again.

“I just see it as a fresh start now to go again and attack this season.”

Asked whether he felt he had a head-start on some of his team-mates having spent the summer undergoing an individual fitness regime, Gomez took a humble approach.

“[There have been] a lot of tough periods, but I’m just grateful to be here and happy to go again, and it’s nice to be at a place like this to do it,” he continued.

“Everyone’s going to have done their work, and everyone has programmes, but we have to do the testing today and then push on from there.

“But it’s just about getting stronger as the pre-season progresses.”

Gomez is likely to take a focal role for Klopp in the early stages of the summer, with only Joel Matip, Lucas Leiva and Mamadou Sakho available as the German’s other centre-back options.

Sakho, who spent the first half of last season deployed alongside Gomez for the Liverpool U23s, is unlikely to feature.

With the Reds taking on Tranmere Rovers at Prenton Park on July 12, and then Wigan Athletic at the DW Stadium on July 14, Gomez should be given his chance to impress.

Klopp is yet to decide whether to loan the defender out this summer, but if he can prove his vitality in those early games, he could earn a regular role on Merseyside.