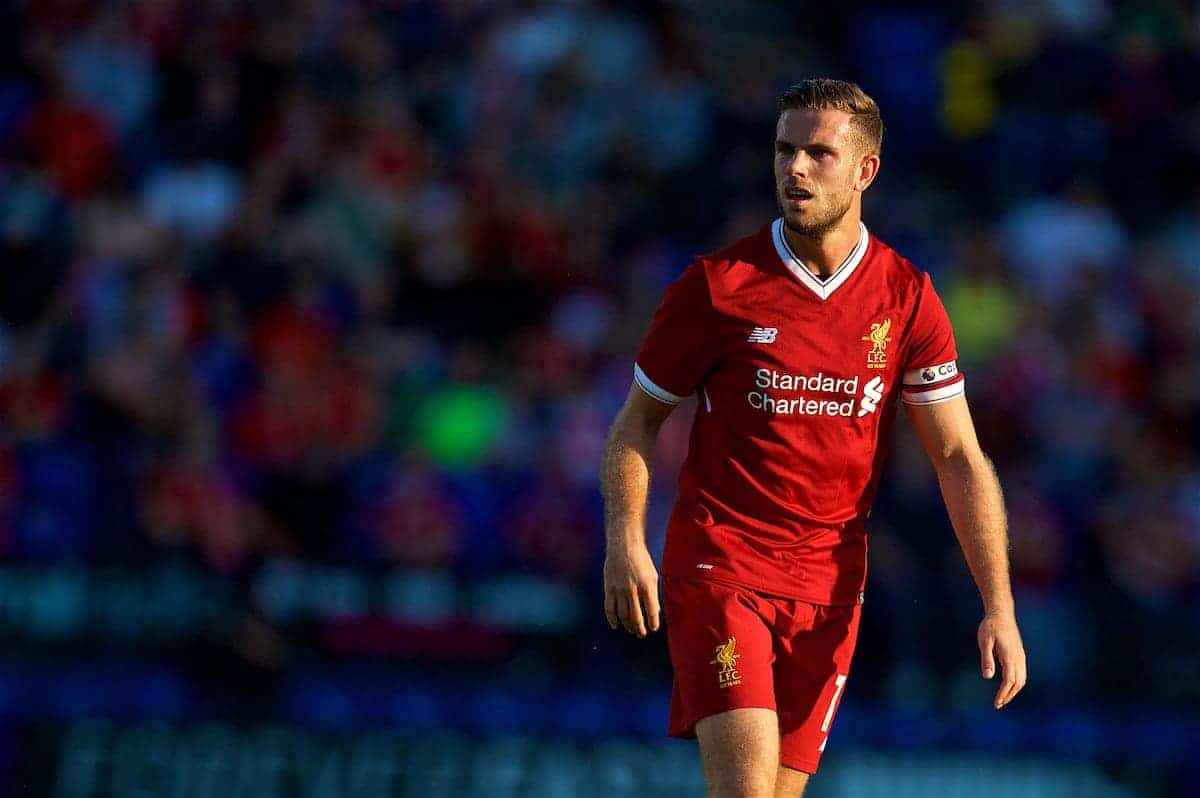 Jordan Henderson was left relieved after he returned from injury to produce a strong 45-minute showing in Liverpool’s 4-0 win at Tranmere Rovers.

The Reds captain was sidelined with a foot injury at the end of February, ultimately ruling him out for the final three months of last season.

This served as a disappointing blow for Henderson, who was arguably in the form of his career after moving into a new role as Jurgen Klopp‘s deep-lying midfielder.

But after having made his comeback at Prenton Park on Wednesday, playing the first half before Klopp made 10 planned changes at the break, Henderson spoke of his relief on returning.

“It’s very nice, it’s nice to be back on the pitch, playing in front of the crowd with the kit on,” he told LFCTV.

“I’ve been looking forward to this for a long time now, all summer really, so it’s good to finally get out on the pitch and play with the lads.

“Pre-season is definitely very important for all the lads coming back in from their holidays.

“We’ve started really well in training and the game, we’ve got another one on Friday. They’re coming fast, but we’re ready for it. It’s a good start for us.” Henderson was one of Klopp’s most senior figures in Birkenhead, with Trent Alexander-Arnold, Marko Grujic and Sheyi Ojo among those to also start.

The midfielder believes pre-season is a good opportunity for these youngsters to go all out in their efforts to impress Klopp, and stressed his role in ensuring the Reds progress this summer.

“I think that’s the aim: give it everything for 45 minutes, give everyone a runout to try and get fit and get minutes on the pitch,” he explained.

“[They can] show the manager what they’re capable of, so everybody enjoyed it and we’re looking forward to the next game on Friday.

“It’s not only my role but a lot of the other senior lads will be driving to team forward on what we expect every training session, every game.

“We’ve got a good set of lads who want to work hard, and I’m sure we’ll work hard over the next few weeks and be ready for the first game of the season.”

The Reds’ next pre-season clash comes away to Wigan Athletic on Friday night, and Henderson will be hoping for increased game time as he works his way back to match fitness.