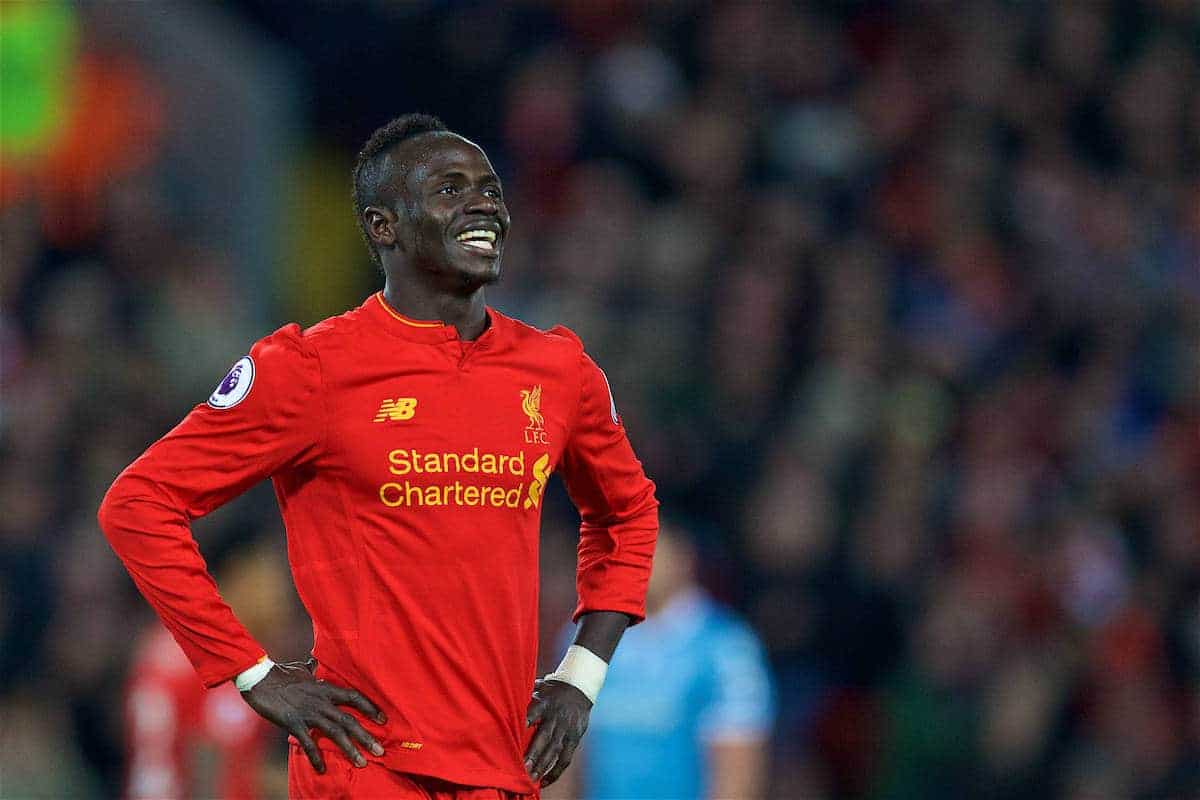 Sadio Mane will not travel with the Liverpool squad to Asia next week for their two friendlies in Hong Kong.

Jurgen Klopp‘s side take place in the Premier League Asia Trophy, against Crystal Palace next Wednesday, and either Leicester City or West Brom on Saturday 22nd July.

But Mane, who scored 13 goals on his debut season before suffering a season-ending knee injury against Everton in April, will miss the two games against Premier League opposition.

Instead, the 25-year-old will make his first appearances on the Reds’ trip to Germany. The first game there is against Hertha Berlin on July 29th, followed by two games in the Audi Cup on August 1st and 2nd.

Explaining Mane’s fitness, Klopp told Liverpoolfc.com: “He is really, really good. He is close; he is closing on coming back to team training.

“In this moment, we think it will be when we are in Asia, so then it makes no sense to take him to Asia because he needs to then do the first steps in kind of team training. We will see how we can do it; maybe [some of] the U23s will be here, so when he can start this [training] then we can use this opportunity, but we have to wait.”

Mane has though returned to first-team training this week, as explained by the boss:

“On Tuesday morning he was part of the running, so he is first-team training if you want and that looked really good. I think he is getting better, but it is how it is after a long time – you need to build a little bit of muscle again in the quad and thigh, which is important. “There is no risk with him because he is a naturally fit boy and in the moment when he can start to be a real part of the sessions, he will then immediately be fit again. We have not all the time in the world, but we have time and we will use it.”

Liverpool kick off their pre-season games at Tranmere and Wigan this week. This Is Anfield will be providing coverage from Prenton Park and the DW Stadium.