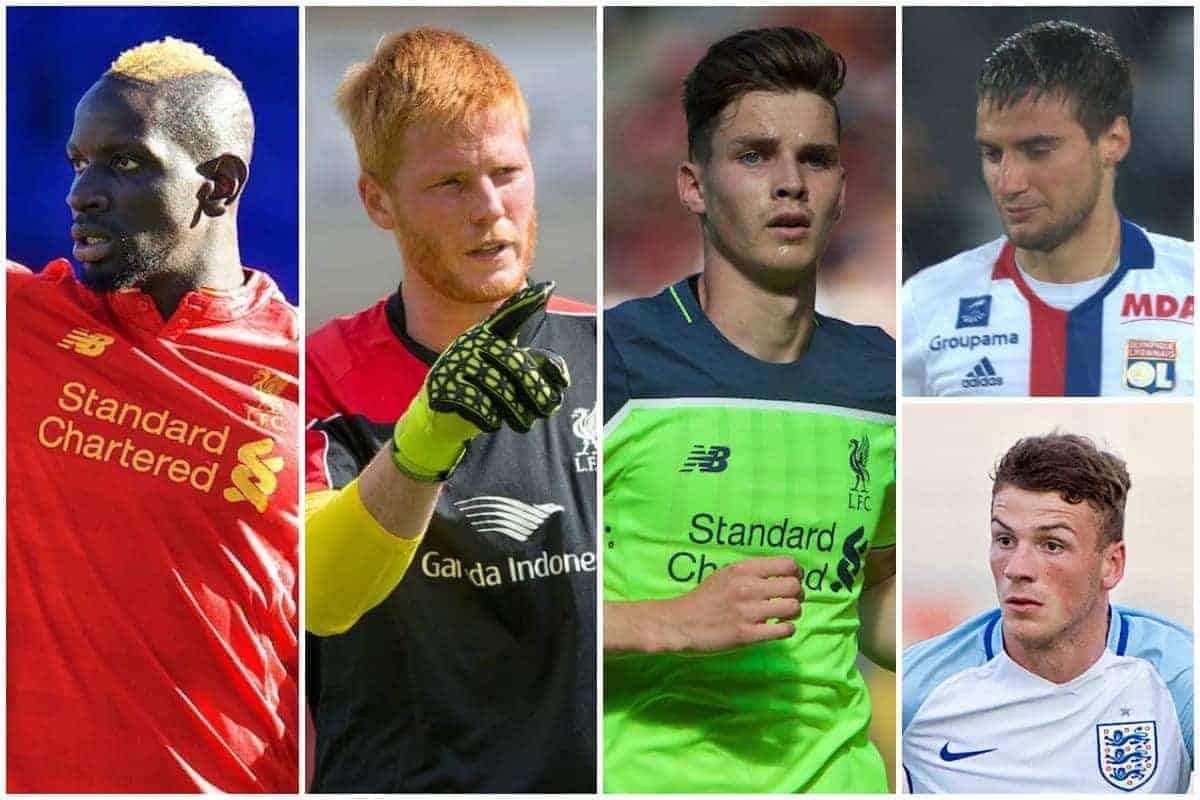 We round up the latest Liverpool transfer news and rumours, as Jurgen Klopp runs the rule over his squad on a busy Wednesday on Merseyside.

Pre-season has officially begun and the Reds are back to Melwood, while Klopp has revealed that he has continued his work in the transfer market “behind the scenes.”

But what are Liverpool claimed to be working on as the summer continues? Here’s the latest from the rumour mill.

Was Sakho Training Alone at Melwood?

As Klopp’s squad filtered into Melwood on Wednesday morning, the presence of exiled centre-back Mamadou Sakho was an unusual one.

The Frenchman is irrevocably out of favour under Klopp, and reports on Tuesday night even claimed he had already agreed personal terms with Crystal Palace, his former loan club.

But while two other players expected to leave, Alberto Moreno and Lazar Markovic, took part in training on the pitch at Melwood, Sakho seemingly remained inside.

This could be due to the knee injury he suffered towards the end of last season, but it is unlikely Sakho will join Klopp’s squad for training either way.

Another player not pictured in training on Wednesday was goalkeeper Adam Bogdan, despite the Hungarian being named as part of Klopp’s 22-man group on Tuesday.

Bogdan spent the first half of last season on loan with Wigan Athletic, but saw his spell at the DW Stadium end prematurely after suffering an ACL injury.

He has since returned to fitness and, according to the Nottingham Post, is due for talks with Championship side Nottingham Forest.

A loan deal appears to be in the works, and Klopp is unlikely to stand in the 29-year-old’s way if he opts to leave.

That would explain his absence from Melwood, as Bogdan may already be on his way to the County Ground.

Reds Claimed to Have Bid for Mammana

Whether or not Sakho leaves this summer, Klopp is looking to sign another centre-back, with Southampton‘s Virgil van Dijk said to still be his priority target.

However, according to a dubious “exclusive” from The Sport Review, the Reds have made a £14.9 million bid for Lyon defender Emanuel Mammana.

They even claim that Liverpool will offer him a five-year deal worth around £54,000 a week, though Mammana is eager for an agreement to be struck between the two clubs before negotiating.

Mammana, a 21-year-old Argentina international, is one of the most promising centre-back prospects in Europe, and would certainly be a strong addition to Klopp’s ranks.

But a move seems highly unlikely at this stage, given the questionable veracity of the source. With Liverpool’s first team and U23s squads both beginning pre-season training this week, one player who finds himself in limbo is left-back Sam Hart.

Hart spent the first six months of last season on loan with Port Vale, but saw his deal terminated by mutual consent, returning to play for the Reds’ U23s instead.

Unlikely to break into Klopp’s squad this season, despite the likelihood of Moreno leaving, Hart is set for another temporary move.

And Grimsby Town manager Russell Slade has confirmed his interest in taking the 20-year-old on loan—though the Englishman doesn’t seem wholly convinced.

“He’s on our list,” he told the Grimsby Telegraph this week.

“He’s played in League One on loan from Liverpool and did OK, so that’s a position we’re looking for but there are others as well.”

It could be two left-backs out, one left-back in if Moreno and Hart depart this summer, and a new potential target for Klopp emerged on Tuesday in the form of Nice’s Dalbert Henrique.

The Brazilian left-back is said to be on the radar of both Liverpool and Inter Milan, but he won’t come cheap, according to reports.

But speaking to French publication Nice-Matin, the Ligue 1 side insisted they won’t sell for less than Dalbert’s release clause, which stands at £26.3 million.

Given Inter’s willingness to spend big on Dalbert, it is unlikely he will be heading to Anfield any time soon. Finally, young English left-back Josh Tymon, who was touted as a possible target for the Reds this summer, has left Hull City after terminating his youth contract with the Tigers.

But the 18-year-old has already moved on, joining Stoke City on Wednesday afternoon, ruling out another option for Klopp this summer.