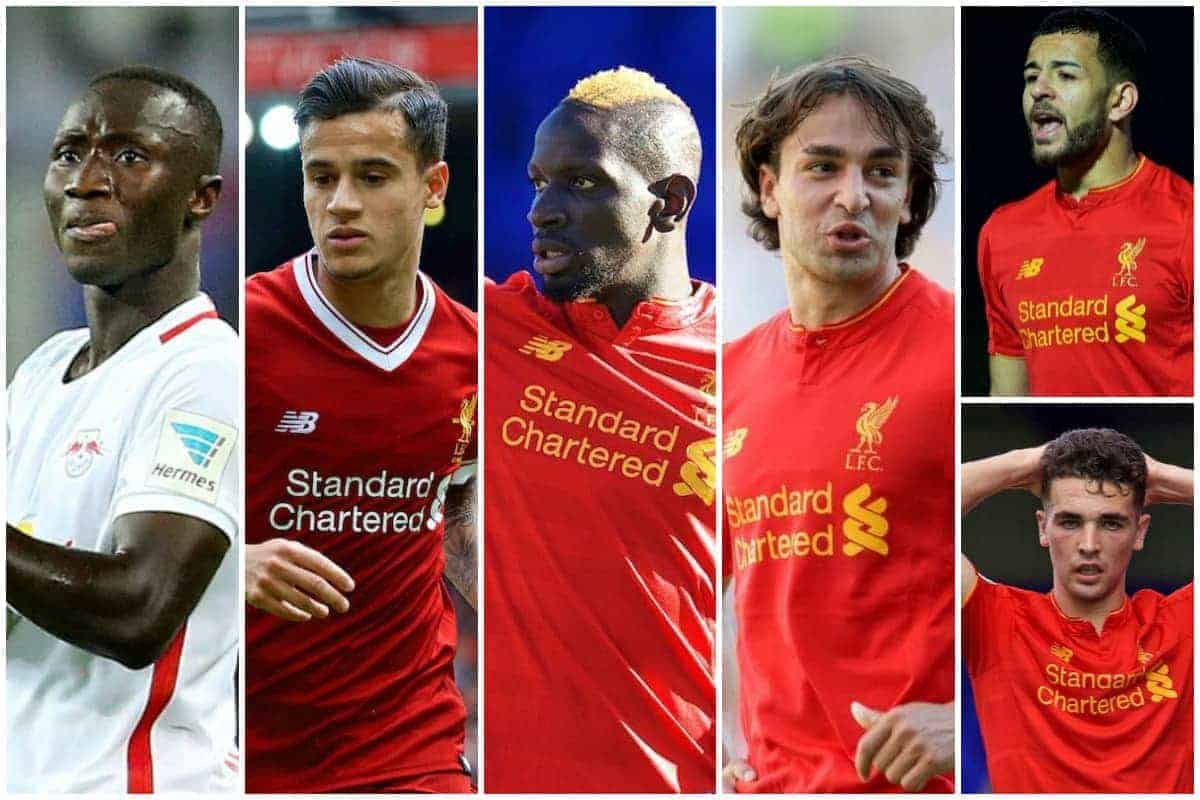 We round up the latest Liverpool transfer news and rumours, as Jurgen Klopp‘s squad prepare for the next leg of their pre-season schedule but frustrations over transfer activity increase.

After a productive week in Hong Kong, the Reds have undergone a double training session at Melwood ahead of their flight to Germany on Wednesday.

Liverpool will take on Hertha Berlin, Bayern Munich and either Atletico Madrid or Napoli while on tour, with Andrew Robertson, Emre Can, Sadio Mane and Danny Ings among those set to travel.

But will they be joined by some new faces? And are any set to depart? Here’s the latest.

No New Bid For Keita, Despite Claims

Liverpool’s pursuit of midfielder Naby Keita looks to have gone cold, after the Bundesliga side rejected bids of £57 million and £66 million this month.

On Monday night, German publication BILD claimed the Reds had returned with an improved, £74.2 million offer for the 22-year-old, but this is reportedly not the case.

According to Goal‘s Melissa Reddy, Liverpool have not approached Leipzig again, and won’t unless their stance shifts dramatically.

Reddy suggests that the Reds have turned their attention elsewhere. It is unlikely the last we will hear on Liverpool and Keita, however.

Liverpool have taken a similar approach to Leipzig in their attempts to keep Barcelona at bay this summer, with the La Liga giants interested in signing Philippe Coutinho.

The Reds have turned down a £72 million offer for the 25-year-old, with Klopp insisting Coutinho is not for sale at any price.

However, that has not deterred Barcelona, with Sky Sports claiming the Catalan side are set to make another bid for the Brazilian, as they plot to make him their marquee signing.

And Spanish publication Sport even claim that they have “launched their final offence” for the No. 10, with negotiations “moving forward.”

They suggest Liverpool would accept a deal worth over £89 million, though this still seems dubious.

One player Klopp will be willing to part ways with this summer is Mamadou Sakho, with the centre-back training alone at Melwood having fallen out of favour.

Though the Frenchman is documenting his admirable attempts at reclaiming his role with a series of social media posts, there is little chance of him featuring for the Reds again.

According to the Mirror, Crystal Palace are still interested in Sakho, despite having already signed Jairo Riedewald from Ajax on Monday.

A deal for Arsenal‘s Calum Chambers is also in the pipeline, but they have so far failed in bids for Kurt Zouma, Kenny Tete, Joel Veltman and Bruno Martins Indi.

However, while Frank de Boer is looking to bring Sakho to Selhurst Park, Palace may be frustrated by Liverpool’s reluctance to sanction another loan move.

Like Sakho, Lazar Markovic is expected to leave Merseyside before the start of 2017/18, with Klopp even confirming the Serbian’s availability last week.

Markovic spent the second half of last season on loan with Hull City, but was unable to steer them away from relegation, returning to Melwood for pre-season training.

However, the Mirror claim the Tigers are still interested in signing the 22-year-old, along Watford, who are now helmed by Marco Silva, Markovic’s manager at Hull.

They report that Liverpool would be willing to sell Markovic for £8 million, which is represents a significant loss on the £20 million they paid to sign him from Benfica in 2014.

Markovic has struggled for form and fitness since joining the Reds, and a move away could see him revive his career. Former Tottenham midfielder Kevin Stewart is one of four Liverpool players to be sold already this summer, along with Ryan Fulton, Lucas Leiva and Andre Wisdom.

The 23-year-old joined the Tigers in a deal worth an initial £4 million last week, with add-ons potentially seeing this rise to £8 million.

Stewart made just nine appearances for the Reds last season, and speaking to the Hull Daily Mail, explained that he was “frustrated,” and that a lack of game time prompted his exit.

“I didn’t feel as though I could risk staying at Liverpool for another year and just play five to 10 games,” he said.

“That wouldn’t have been enough for me if I want to progress and go to the next level. That’s what I can do here.” Finally, some positive news for one of Liverpool’s academy players to have been released on the expiry of their contracts this summer.

Adam Phillips has spent July on trial with Norwich City, and after impressing in their U23s’ 4-1 win away to King’s Lynn, is set to sign a deal with the Canaries, according to the Liverpool Echo.

Jake Brimmer is thought to have signed for German side Kaiserslautern, while Kane Lewis is still unattached.