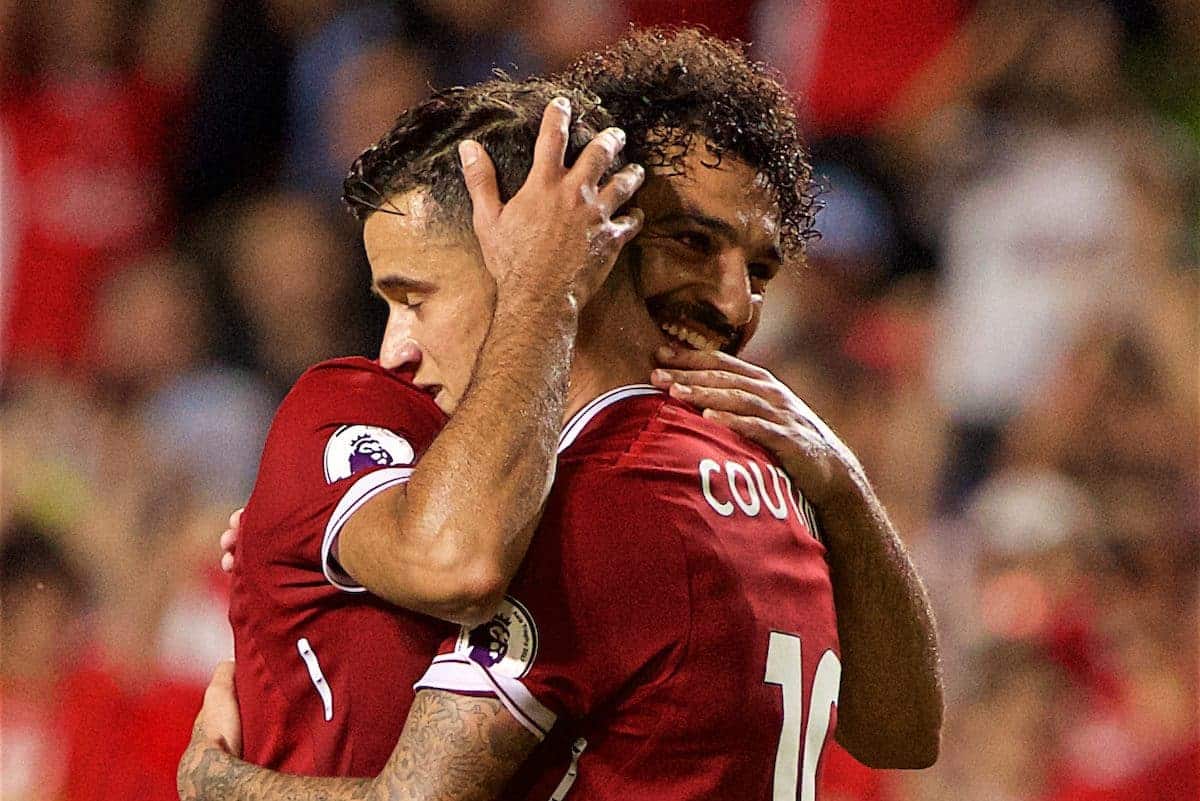 Having advanced to the ‘final’ of the pre-season tournament with a 2-0 victory over Crystal Palace on Wednesday, the Reds took on Craig Shakespeare’s Foxes.

Leicester opened the scoring through Islam Slimani, with the striker heading home at the far post after great work from left-back Christian Fuchs.

But Liverpool were soon back in it, and it was summer signing Mohamed Salah who levelled the tie, sweeping into the box to play a one-two with Philippe Coutinho before finishing.

Coutinho, who was subjected of failed £72 million bid from Barcelona earlier in the week, then sealed the win with a trademark strike.

This was the Reds’ third victory of pre-season, as they continue to improve as the summer goes on.

They will now return to Merseyside for further training, as they link up with new arrival Andrew Robertson and the fit-again Sadio Mane, before heading to Germany for further friendlies.

Jurgen Klopp will be buoyed by his side’s display, with the Premier League Asia Trophy serving to highlight their progress.