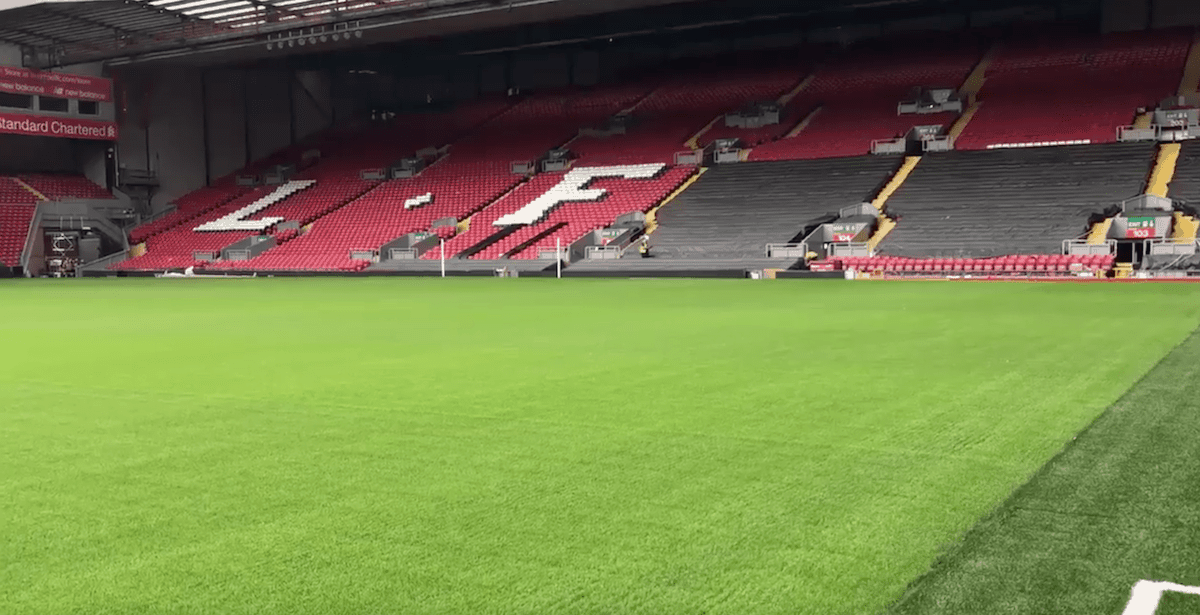 Liverpool CEO Peter Moore has provided an update on improvements made at Anfield over the summer, both inside and outside the Reds’ stadium.

Jurgen Klopp‘s side played their first game in front of the new Main Stand at the beginning of the 2016/17 campaign, sealing a 4-1 win over travelling champions Leicester City.

Finishing the season fourth in the Premier League, the Reds look set to continue their progress under the German this term.

The same can be said of developments made at Anfield, with Moore taking to Twitter on Friday morning to give an insight into the relaying of the stadium’s pitch:

The pitch has been laid with a hybrid grass consisting of natural and artificial fibres, and is used by the majority of Premier League clubs, as well as in rugby union, rugby league and American football.

Beneath the pitch Liverpool have installed a new draining system, as well as undersoil heating, to avoid freezing during the winter.

This relaying is much-needed, with the previous pitch used since 2001 and Brendan Rodgers among those to bemoan its deterioration over the years.

Moore also gave a glimpse of Anfield’s new club shop, which is set to be open early into the 2017/18 campaign:

The new shop is set to provide 60 new jobs, and is two-and-a-half times larger than the previous building.

It can be found on the corner of the Kop and the Main Stand, with Anfield’s new fan zone located nearby, too.

Last summer’s Anfield redevelopment saw the relocation of the Hillsborough Memorial, as well as the Shankly Gates, while major improvements were made to both the interior and the exterior.

The Reds’ first home league game of the season comes against Crystal Palace on August 19.