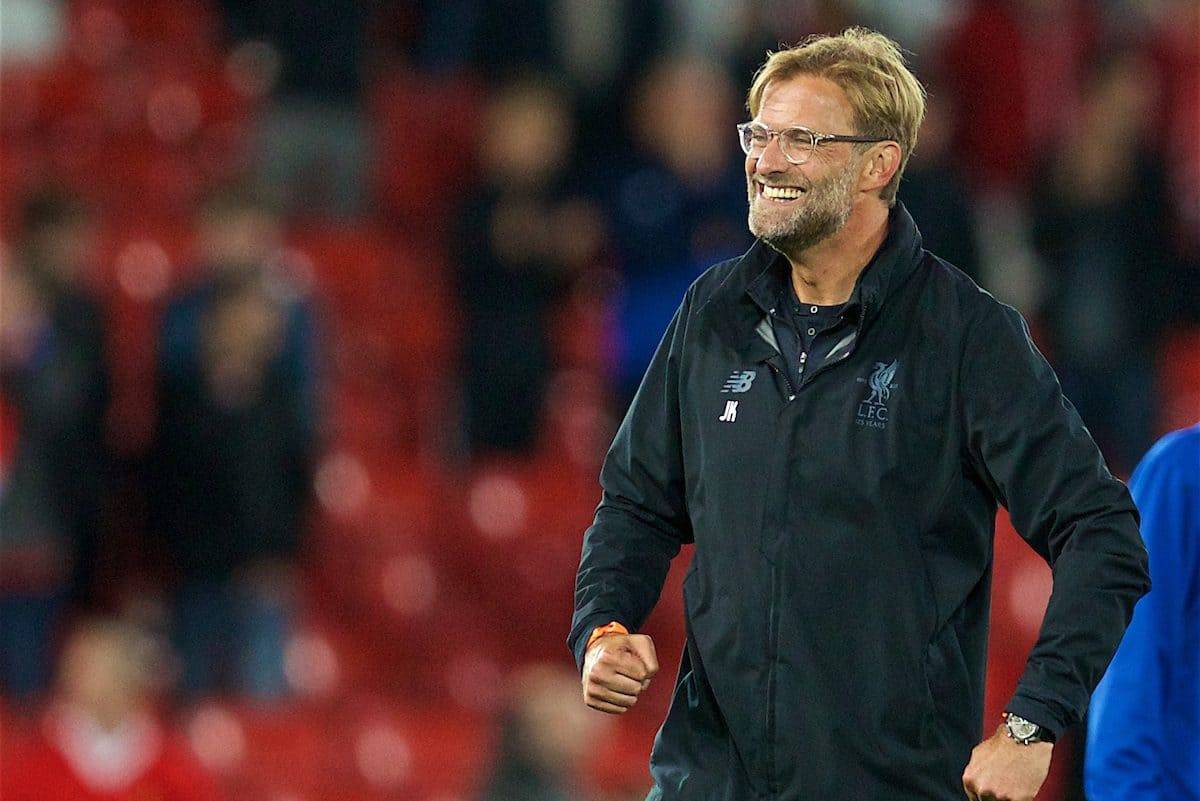 Jurgen Klopp felt his Liverpool side were rewarded for more than a year of hard work as they secured qualification for the Champions League group stages.

The Reds ran out 4-2 winners in the second leg of the tie at Anfield, with the first three goals coming in a blistering 11-minute spell early in the first half – to complete a 6-3 aggregate success.

Asked what this achievement meant to him, Klopp said: “Yippee! Everything. For the club, for the team, (it is) everything we have worked for in the last 14 months.

“You will always get some people who say, ‘It is only Champions League‘, but we feel we wanted to be part of it with all we have.

“I thought the boys played a few pieces of outstanding football. Against an opponent like Hoffenheim you also have a few problems – that is how it is – but we are happy about a deserved qualification for the group stage.”

Emre Can scored twice in that early onslaught with Mohamed Salah also on target. Mark Uth pulled one back but Roberto Firmino put the tie beyond doubt after 63 minutes before a Sandro Wagner consolation.

“We were so dominant in the first part – so good, so dangerous, so clinical,” said Klopp.

“We could have scored even more. The atmosphere was outstanding. It was too loud for me to get in contact with the boys!”

The early part of Liverpool’s season has been overshadowed by speculation surrounding the future of playmaker Philippe Coutinho.

The Brazilian, who is yet to feature this season due to illness and injury, has been the subject of three failed bids from Barcelona, the last worth a reported £114million.

Liverpool have also had frustrations in terms of bringing in players this summer and Klopp wonders whether Champions League qualification might now change the situation before this month’s transfer deadline.

He said: “It (the Champions League) is a big influence on the transfer market, especially if you do it more often.

“You talk them (players), they say, ‘If you play Champions League it would be really interesting’.

“Or even if you try to extend a contract with the player in the squad and they say, ‘I want to play Champions League‘. I always think, ‘WTF, it’s your job to do it with us!’

“Do it with us together – that is what this team did and I am so happy about it. Fourteen months, hard work, and we did it. Nice.”